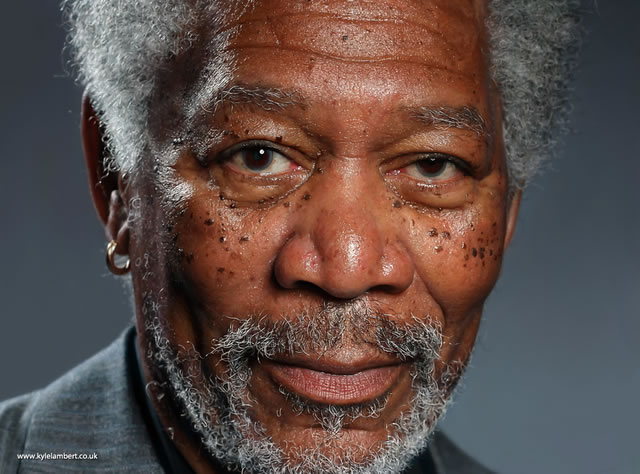 The image above may look like a photograph of actor Morgan Freeman but it’s not. The image is actually a painting of the actor which was created using an iPad app software called Procreate.

The person responsible for this amazing portrait is British artist Kyle Lambert and his work is being dubbed as ‘the most realistic finger painting ever’. The Morgan Freeman portrait took Kyle over 200 hours to complete and consists of over 285,000 ‘brush strokes’ from his fingertips.

With the help of the iPad app software Procreate, Lambert painted the detailed portrait of the original photograph taken by Scott Griers.

Lambert, who trained in oil paint and illustration at Manchester Metropolitan University, used the iPad app software to reduce the brush sizes to only a few pixels allowing him to apply minuscule strokes.

The artist has created a time lapse video of the work – showing each freckle and grey hair as they develop. The video has so far received over 4.9 million views on YouTube in just two days.

The video has failed to convince some commentators, with a number saying they do not believe the painting was done with just a finger.

One user said: “I don’t know if I believe this. If you look at his other videos, none of them are as elaborate and detailed as this one, he even drew veins in the eyes, like how can you do that with your finger.”