Ice Truck Drivers Cruise In The Coolest Truck In The World 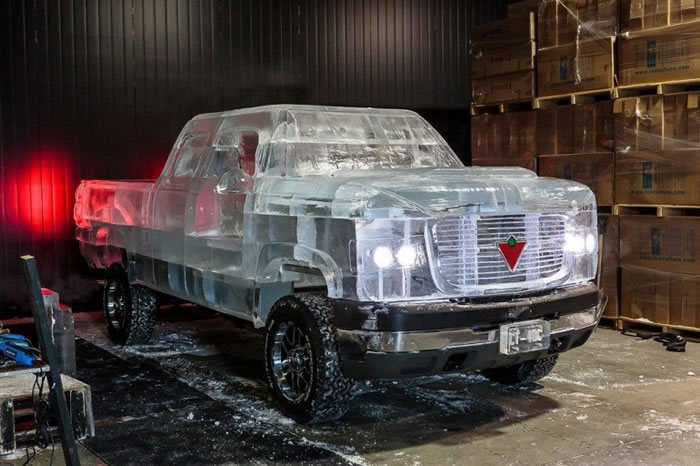 For a publicity stunt and a lot of fun a team of ice sculptures created an amazing fully functioning truck made from ice making these guys the real ice truck drivers.

With Eastern Canada experiencing one of the worst ice storms in recorded history, the idea of an ice truck might seem a little ironic to some. But ice sculpting house of Iceculture and Canadian Tire, already had their 15,000 lb ice truck planned, built and ready to go before the storm hit.

This ice truck is one of the most unique one-off vehicles to appear this year. Starting from a 2005 Chevy Silverado 2500 HD frame, the truck went through an extensive transformation process with assistance from Bronson Line Automotive Ltd, Pick Me Productions and ice sculpturists from Iceculture.


The finished truck weighed in at a hefty 15,000 lbs (6803 kg) – 11,000 lb of which is ice – and required no small feat to make it not only roadworthy, but aesthetically similar to the original steel-bodied version. In Texas, where the truck originated, Bronson Automotive stripped the cab and body, then lowered the height and width of the engine bay. Up in Ontario, a team from Pick Me Productions designed and fitted a special steel frame to support the ice chassis. It was then up to Iceculture to build three full-scale ice trucks for a promotional stunt and commercial ad shoot.

To avoid any untimely melting issues in the forward body area, a test scenario was developed to determine how to best exhaust engine heat from the ice compartment. It was decided that special fans would be added into the design to exhaust as much hot air from the space as possible in order to help extend the vehicle’s frozen state. Custom ice pieces were cut using a CNC machine and water was used as the welding material to hold the slabs together. 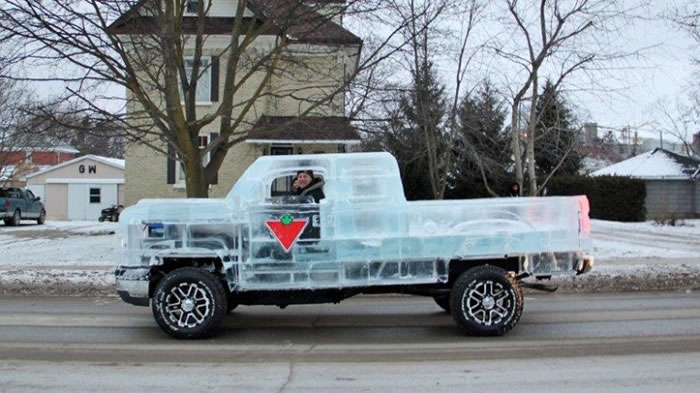 The entire exercise, designed as a promotional stunt for a Canadian Tire ad meant that multiple bodies had to be built. One ice truck was used as a prototype, the other as a show vehicle for the various advertising clients, and the third as the working model for the commercials.

After shooting the commercial, the working model was disassembled and shipped back to Iceculture’s studios in Hensall, Ontario. There, with less than 24 hours available, the team had to reassemble the vehicle for a 1.6 km (1 mile) drive as part of an attempt to set a new category Guinness world record. Following this short jaunt, the resurrected ice truck was taken back to the shop where it was left to decompose, or melt, over a 40 hour period. Again, all caught on film and all part of a greater advertising plan.

The ice truck ad will air during the frozen outdoor NHL Hockey Classic, in which the plucky Toronto Maple Leafs will attempt to trounce the Detroit Red Wings in Detroit on New Year’s Day.

Check out the cool video below with the ice truck drivers truck melting in reverse. 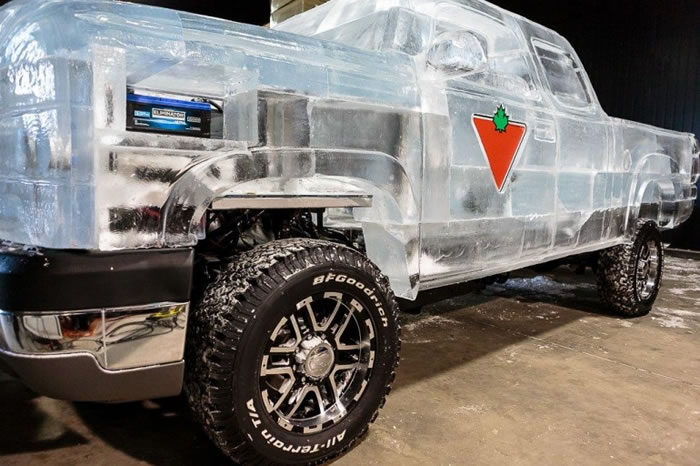 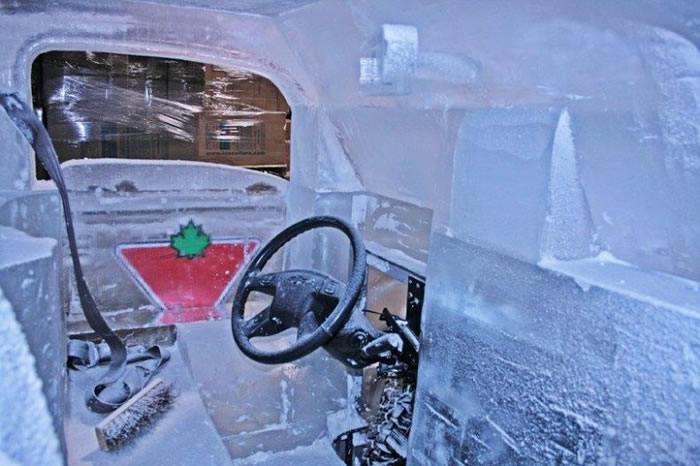 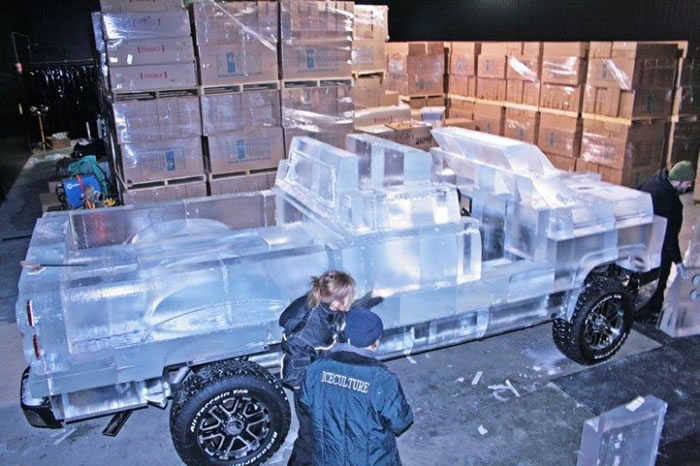 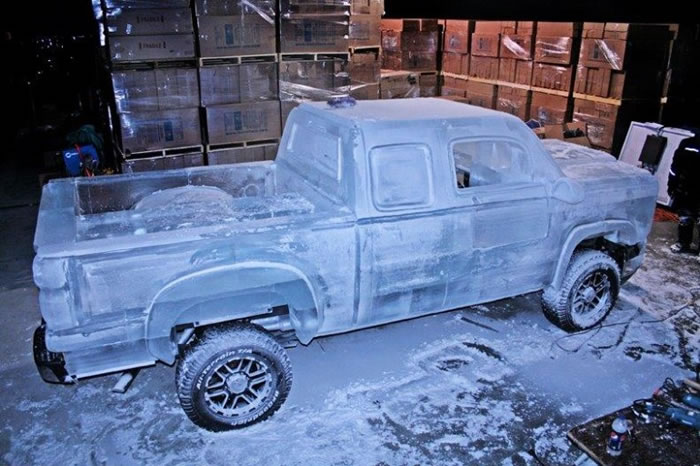 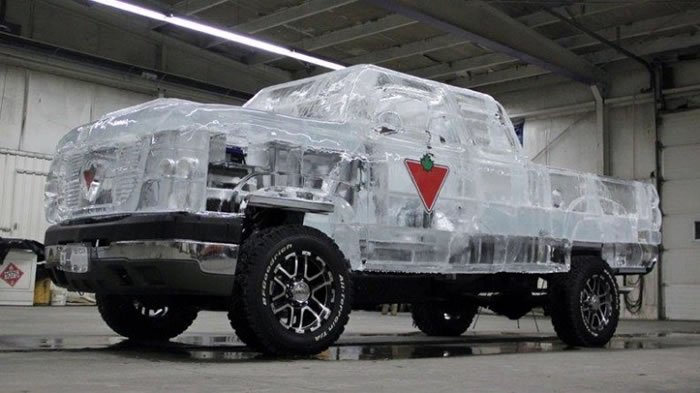