Hyundai Veloster Zombie Survival Machine Can Take On Any Apocalypse 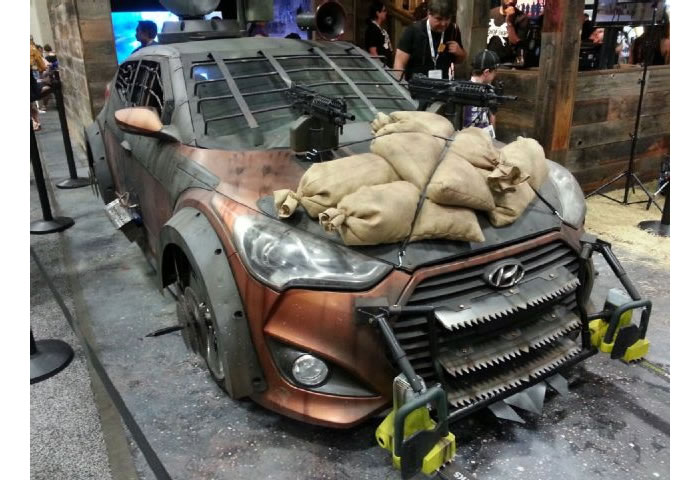 Hyundai and The Walking Dead have recently teamed up to create the ultimate zombie survival machine. Using the Hyundai Veloster as a base the team slapped on armor, shotguns, chainsaws and numerous other deadly weapons that would help you survive a zombie apocalypse.

Korean car maker unveiled the Hyundai Veloster Zombie Survival Machine at this year’s San Diego Comic-Con. The new car was developed by Galpin Auto Sports in collaboration with The Walking Dead, Hyundai and Future US. 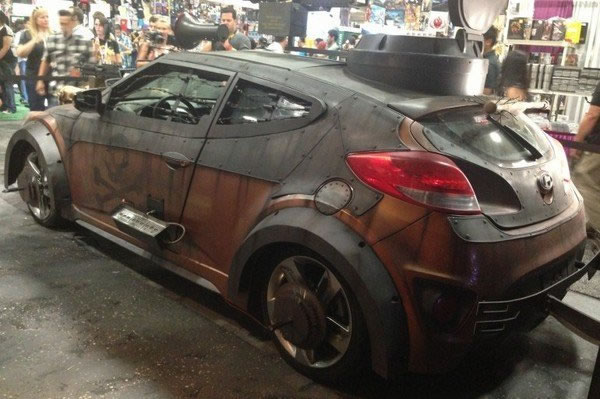 The Hyundai Veloster Zombie Survival Machine comes with a lot of useful accessories that would come in handy while trying to survive a zombie apocalypse. At the front of the Veloster are two double-barrel shotguns, sand bags, two chainsaws and a grille made of saw blades. What else would you need to clear your path of flesh eaters?

Defending the back of the car are knife blades, a samurai sword and a baseball bat with spikes. To stop the walking dead from getting in the vehicle, the cabin has been kitted out with metal interior walls and reinforcements. If all else fails a .50 caliber machine gun is fitted to the roof.

For protection from the sides, the windows have been lined with barbed wire, the doors have mounted flame throwers and the wheels are fitted with disc cutters to slice the legs of zombies. Nice! 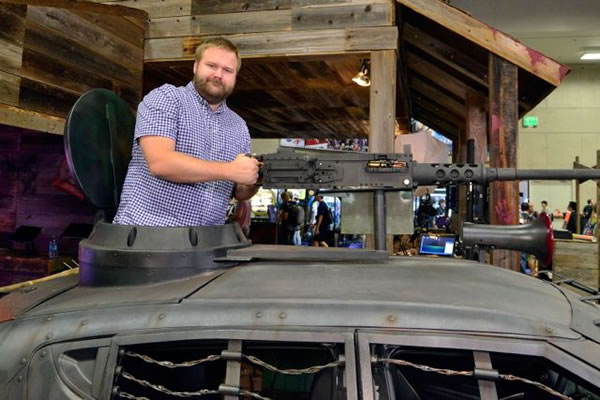 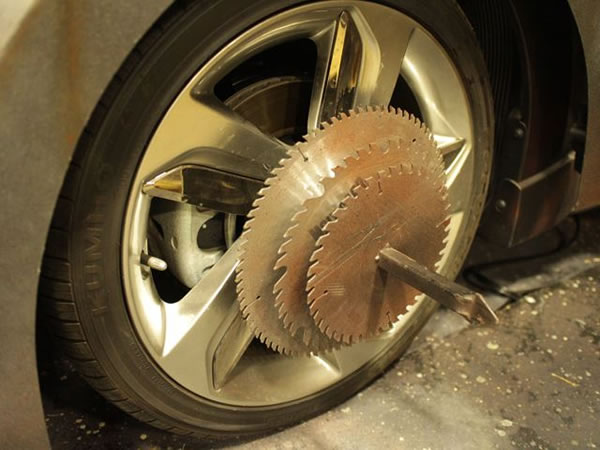 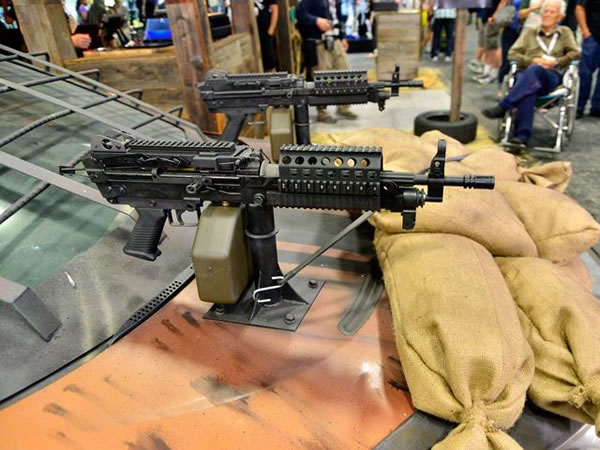 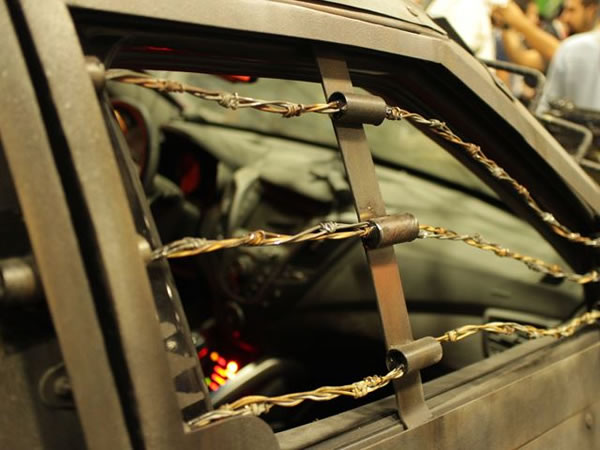 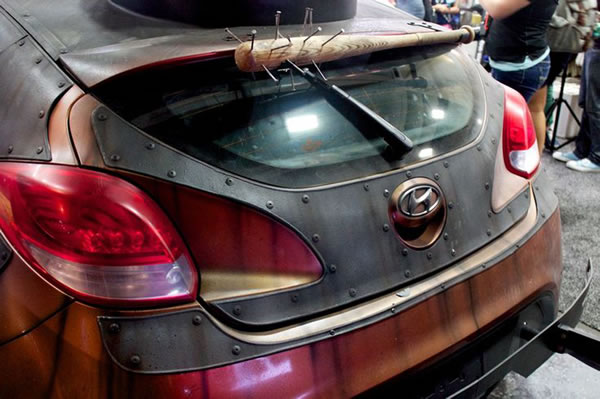 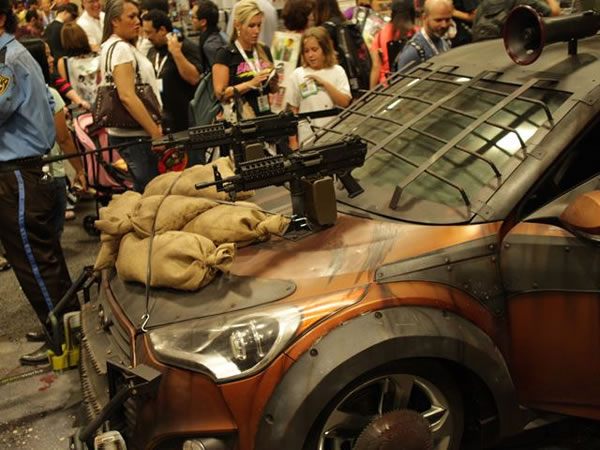 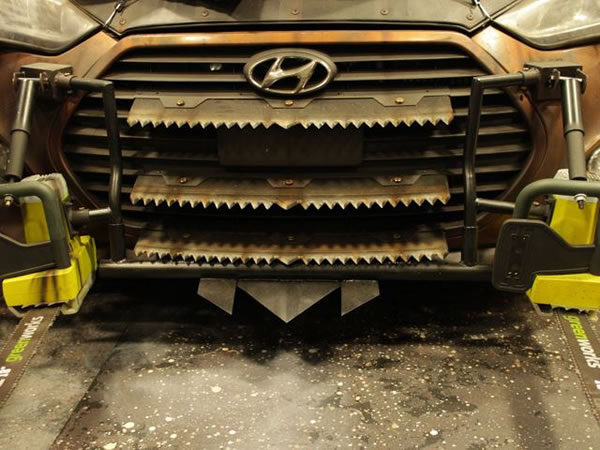 So who wants a Hyundai Veloster Zombie Survival Machine?