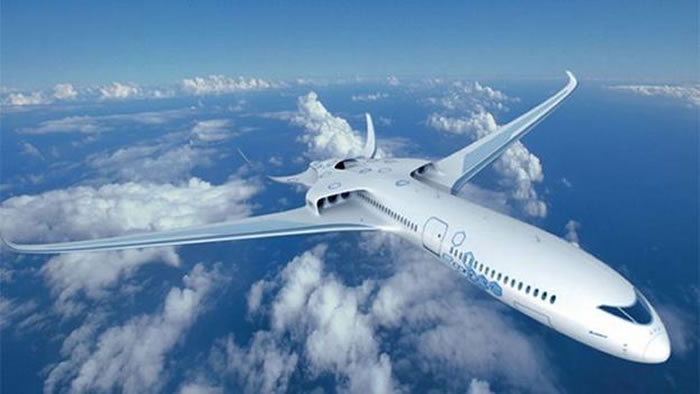 A huge leap in in technology results in quest to build hybrid planes!

The airliner of the future may feel very alien to our fuel-guzzling planes, at least if one ambitious quest to build the Prius of the skies is anything to go by.

How would you feel about flying on an electric airliner? Current planes may be noisy, rattly, and relatively inefficient, but there’s something reassuring about being able to hear the constant roar of the engines, or glance out of the window and see them.

So the airliner of the future may feel very alien to anyone comfortable with our current mode of flying – at least if an ambitious model called the eConcept is anything to go by. Designed by European aviation powerhouse, EADS (which announced it will be renamed Airbus Group next year), together with Rolls Royce, the eConcept shows how cutting-edge technology and materials could combine to make more efficient and quiet aircraft that take their cues from the hybrid-car model. 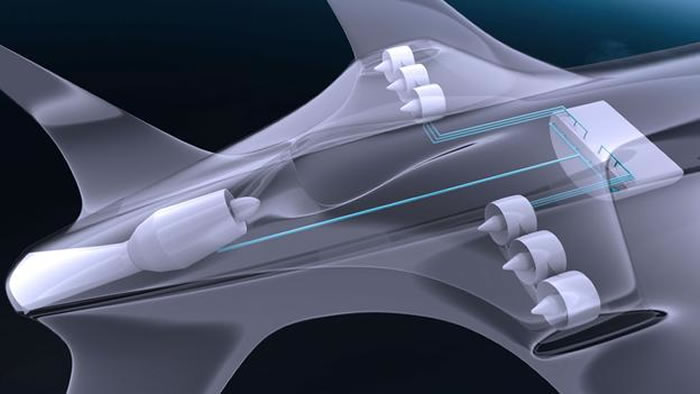 “We imagine the impossible, and then try to think how possible it might be,” Professor Ric Parker, Chief Technical Officer of Rolls Royce tells me. “We don’t just do science fiction. We want things that are maybe a stretch for today’s technology, but where the basic laws of physics aren’t being broken. That’s the bounds we are setting ourselves.”

Ambitious claims require ambitious ideas, and Rolls Royce is proposing something completely different to a traditional propeller driven by an electric motor – like other efforts being tested. Its system, known as E–Thrust, is what Rolls Royce calls a distributed electrical power system. Instead of several engines slung under the wings, E–Thrust will use a single turbine engine towards the back of the aircraft. “The turbine is connected to a generator, and it does not provide any thrust to propel the aeroplane,” insists Dr Jean Botti, EADS Chief Technical Officer. “It is justthere to drive the generator.” 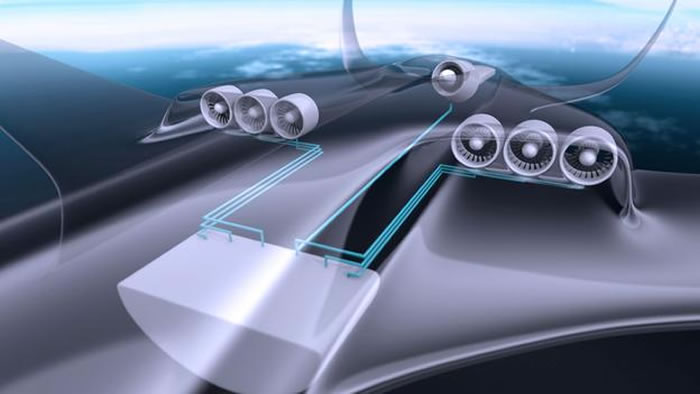 The rearward positioning means that the engine’s air intake can help reduce drag by sucking in and therefore reducing what is known as the boundary layer – an area of air flow next to the surface of the plane that causes the most resistance. Less drag means greater efficiency.

“A conventional aircraft looks like a tube, with two wings and two engines, all designed by people who have never met each other,” says Parker. The E–thrust system is a much more integrated design, where the propulsion system is actually built into the body of the aircraft. “This makes the aircraft much more efficient even without all the exciting electrical technology,” says Parker. 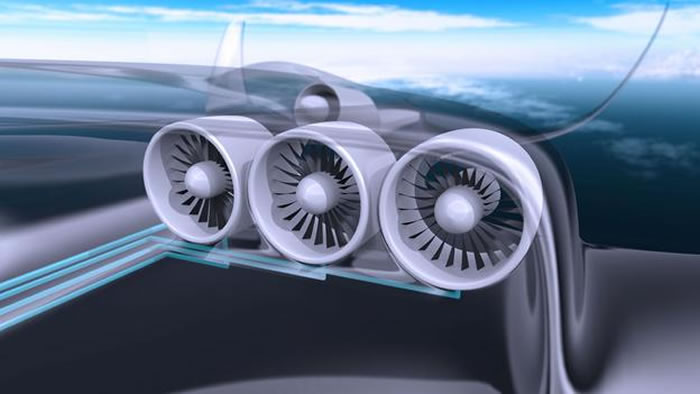 The electricity generated is fed to six “ducted fans”, three per side, that will provide the thrust needed to drive the plane forwards. Because those fans are smaller than a conventional jet engine, they will also be integrated into the body of the plane, above the wings, which further reduces drag and noise.

To get it off the ground, though, the eConcept requires some technologies that haven’t yet been fully developed. Key amongst them is superconductivity. Superconducting materials have super-low electrical resistance, meaning that motors and current carrying cables can be lighter and thinner – crucial in an aircraft. But they usually have to be kept at temperatures close to absolute zero, which means the concept plane will need a cryogenic coolant system. Newer superconducting materials are being developed that operate at ever–higher temperatures. “Those materials exist today, and are in the research labs of universities,” says Parker. “Making them into wires and real devices is the next big challenge.”

If and when the technologies mature enough, the eConcept will operate in a manner similar to a hybrid car. It will use batteries for energy storage, and they will act as a buffer. On take off, where maximum power is needed, the turbine generator and the batteries will divert all power to the fans. Then when the plane reaches a cruising altitude some power from the turbine can be diverted to recharge the batteries, and the fans can be used to regenerate power too. 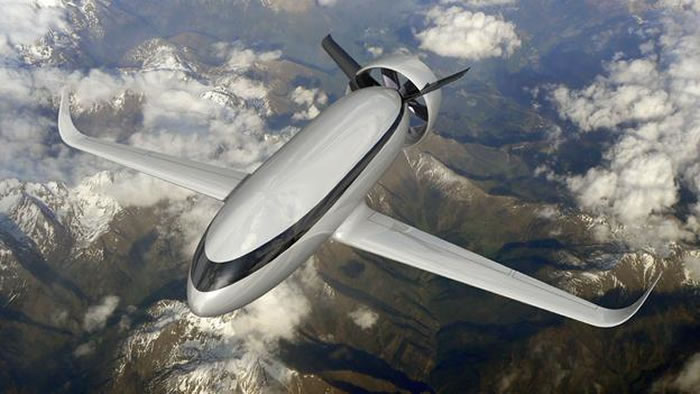 You could be forgiven for thinking that this sounds great on paper (or in an animated video), but the companies involved are keen to stress that this vision of the future could come sooner than we might imagine. “I don’t think it’s that far off, maybe 2030,” says Parker. “I might just get a ride on one in my lifetime!”

Another hybrid effort following a similar launch timeline is part of the Sugar (Subsonic Ultra Green Aircraft Research) project, supported by Nasa and led by Boeing. Called Sugar Volt, batteries stored in the belly of the plane would be charged at the gate by sucking electricity from the airport’s power grid. It would use traditional fuel-powered engines for takeoff, but then switch to electric power once it reaches cruising altitude, and as a consequence would require only 30% of the fuel that current planes use. There is one big barrier to development, though, and that’s below-par battery performance. 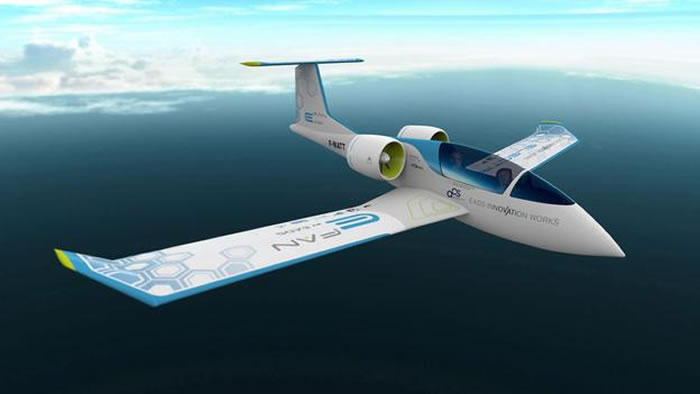 EADS is testing its technology on a smaller scale with a two-seater aircraft called the E-Fan, which uses electric fans for thrust. The E-Fan has a wingspan of just over 9 metres (31 feet), and gets its power from two multi-cell lithium ion battery packs in each wing root. According to its designers this provides just under an hour’s flying at around 160kph (100 mph).

The hope is that the E-Fan should fly for the first time before the end of the year, and the E–Thrust passenger plane will follow in coming years, according to Botti. “We are going to continue to develop this technology,” he says, “and push very hard to make it a reality.”