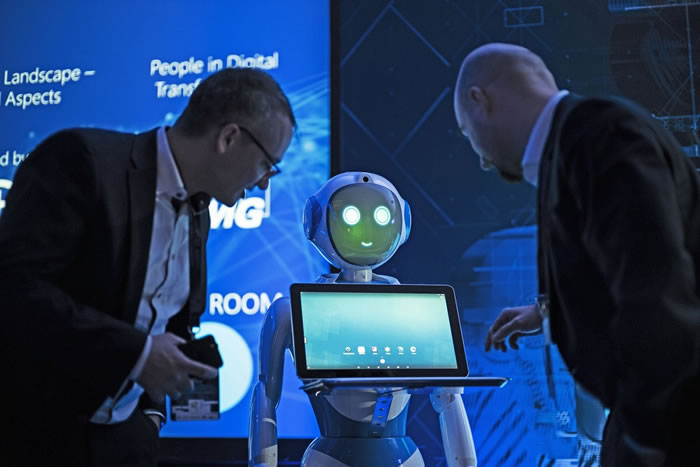 With one of the most beautiful capital around Europe, Hungary seems to become one of the top attractions not only for tourists but also for young and ambitious entrepreneurs.

It is one of the newest thriving environments for tech startups around Eastern Europe.

Read on to find out why the country is becoming one of the most attractive startup destinations for foreign tech investors from all over the world.

How is the IT sector reshaping in Eastern Europe?

The central and eastern European countries seem to experience a surprising economic success in the last several years as they are rapidly becoming the most popular hubs for technological innovations. Countries such as Ukraine, Poland, Romania, Hungary, and the Czech Republic experience a growing interest from entrepreneurs in the digital age.

The tech business landscape is rapidly growing as a result of the emergence of a multitude of active and growing tech startups across the entire eastern Europe territory. The main reason why the tech environment has radically changed is the fact that all those countries offer a huge number of talented engineers and custom software development experts who can create and complete extraordinary and innovative projects at lower costs.

While years ago, the lack of the developed networks of veteran tech investors and mentors seemed to be a huge challenge for the tech startup scene, nowadays, things are steadily becoming better. Access to the best class education facilities for young and bright students has completely resolved the lack of skilled and talented developers and programmers. Nowadays, all central and eastern European countries have a huge number of IT experts who can help startups reach success with their skills and knowledge.

The IT sector in central and eastern Europe has also been reshaped for the good as a result of the initiatives of governments to support the growth of startups. Hungary’s and Poland’s governments have taken a number of initiatives to attract more investors to their countries. Special economic zones have been settled to offer foreign and national investors tax breaks and other benefits.

Why and how is Hungary becoming a tech hub?

Just a few years ago, Hungary wasn’t quite the first destination on the map of foreign tech investors. However, the Hungarian tech business landscape is now rapidly growing as a result of the massive growth in the number of startups launched across the country. Most tech startups are located in the country’s capital, Budapest, for two good reasons including the cheap standard of living and the breath-taking beauty of the city.

Moreover, apart from the cost-effective economic environment for startups, the Hungarian government seems to be willing to get involved in attracting even more entrepreneurs to invest in the country. 60% of EU funds will be used by the government to help private businesses. Additionally, to create an even friendlier business landscape for startups, to start a company is now easier than ever since startups can be opened and run with a VAT number within only 72 hours since their request.

Obviously, the main tech hub in the country can be found in Budapest where young Hungarian entrepreneurs used their innovative ideas to attract investors or to open their own businesses to help the startup scene steadily grow.

The human capital is definitely not a problem for foreign tech investors as Hungary, especially Budapest, is the home to many notorious technology universities which create talented IT experts. Budapest only is the home to over 40 universities and colleges that offer amazing technology programs for students who want to become educated IT professionals. Thus, foreign investors bring economic capital to Hungary because they have many opportunities to hire skilled developers and programmers who will help them establish their business in Hungary.

The Hungarian software development industry has grown in the last several years to become one of the most thriving, representing 6% of the country’s economy. According to Hungary Information Technology Report, the country has become the primary attraction for foreign tech investors with very big names and brands such as Siemens, Microsoft, Nokia, and TATA.

Apart from the foreign companies and investors that choose to come to Hungary, Hungarian entrepreneurs are also taking advantage of the positive shift the tech startup scene is experiencing. Instead of leaving to other famous tech hubs from other parts of the world, such as Silicon Valley or western countries as they used to, they choose to use their capital and innovative ideas in their own country.

With the growing pool of talented engineers and IT experts and fewer challenges from the bureaucracy in Hungary, young entrepreneurs have all the tools they need to set up their companies across the country.

Most famous tech events in Hungary

The days of shaky infrastructure and remaining evidence of Hungary’s communist past are long ago now. The country’s economic potential and business landscape is reshaped in the best possible manner as a result of the fact that it has become one of the most popular destinations for foreign tech investors. The rising success of Hungary’s tech community has led to the appearance of a multitude of tech events which aim to bring together investors, founders, and the bright minds of IT experts. Here are the most famous tech events that take part in Hungary and contribute to the development of the tech startup scene:

· International Academic Conference on Development in Science and Technology

All these startup events aim to encourage productive collaboration between students, investors, and tech veterans.

Innovation and entrepreneurship are two concepts very well embraced by Hungary in the last decade. With all the advantages offered by the startup scene and the support from the government, Hungary has become a vibrant and flourishing tech landscape for foreign and national investors and is expected to continue growing rapidly in the next few years.