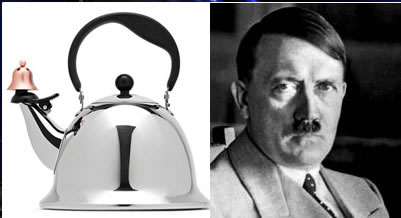 JC Penny recently posted a Billboard advert of their new teapot. Shortly after people starting pointing out it resembled the German dictator and the Hitler teapot went viral.

The Hitler teapot sold out in a matter of hours as JCP’s inventory wasn’t prepared for such a rush of clients. Even though this was not intentional the Hitler teapot billboard ad was a success.

Now dozens of happy families are about to welcome a piece of mid-afternoon Internet history and a confusing conversation piece for the kitchen — or a perfect gift for a 20th century history buff with a weird sense of humor.