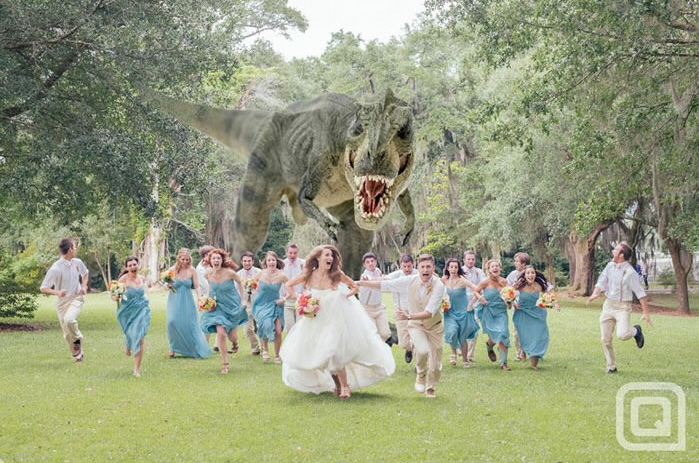 Do you remember the crazy wedding picture we posted a few weeks ago of a terrifying Tyrannosaurus Rex chasing a wedding party? Well since then a new trend has kicked off with many other couples joining the growing trend and tying the knot in a scary style.

With the T-Rex crashes wedding photo featuring newly weds Katie Young and James Lowder, photographer Quinn Miller showed the whole world that wedding pictures don’t have to be all warm and fluffy – they gotta have some character to them!

Quinn became the trend setter, and now newlyweds all around the world are requesting wedding pictures with some kind of a disaster going on in the background.

So far, wedding parties have been ruined by villains such as Imperial AT-AT Walkers, the Marshmallow Man from Ghostbusters, zombies, aliens and transformers. We’re afraid this is just the beginning, and things may get worse. Who is it going to be next?

On the other hand, it seems that the next generation of kids will have a lot of fun competing about whose parents had a cooler and scarier attack on their wedding day. Take a look yourself below and see which of these pictures are coolest. 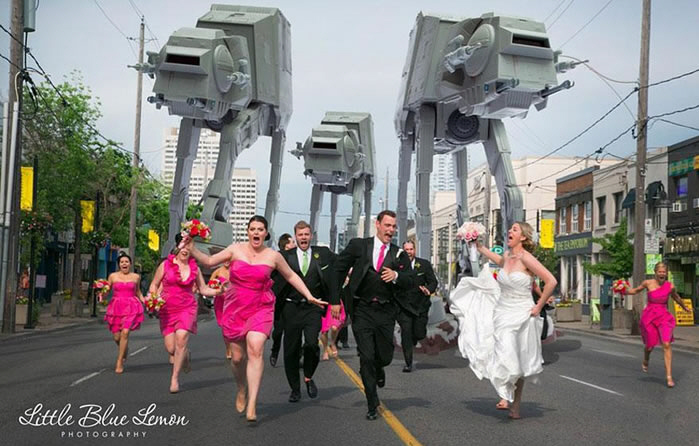 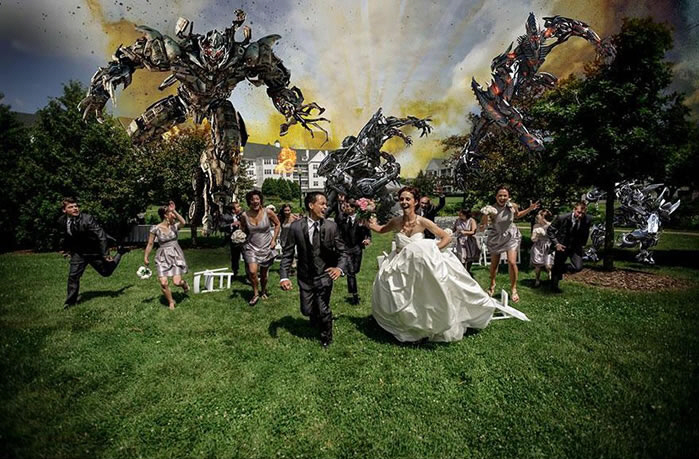 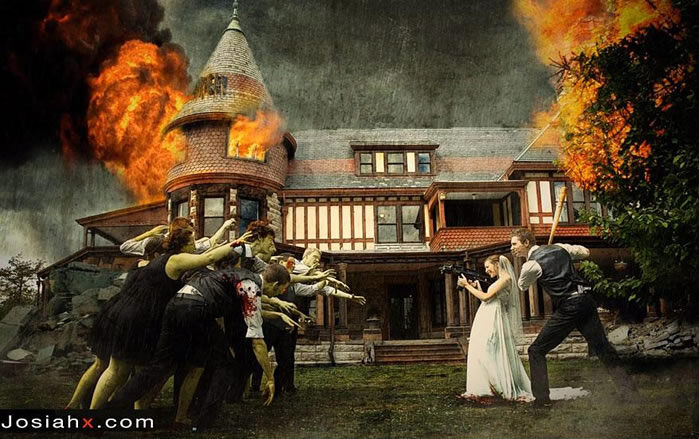 Wedding In The Star Wars Universe 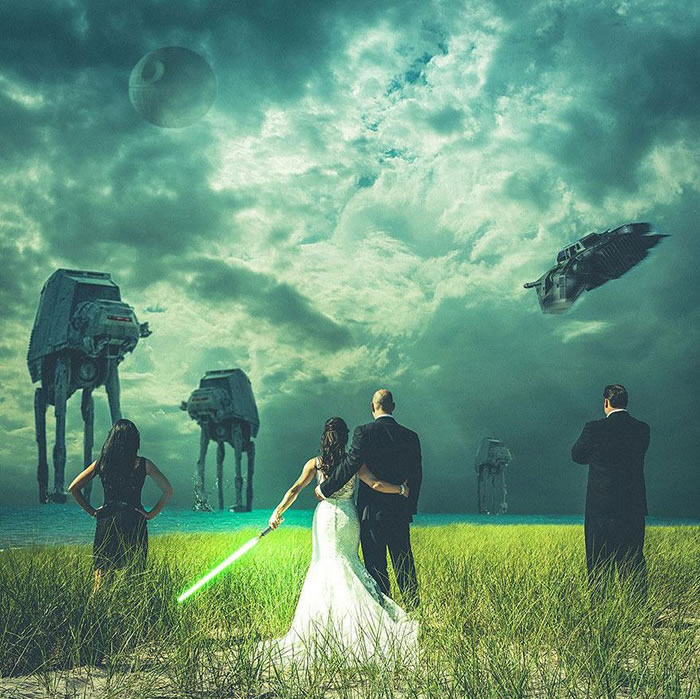 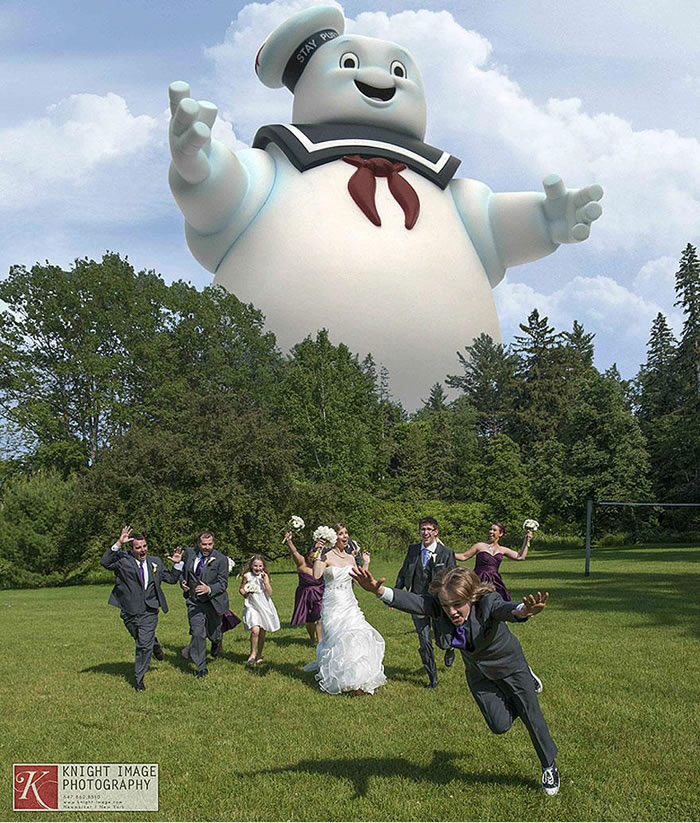