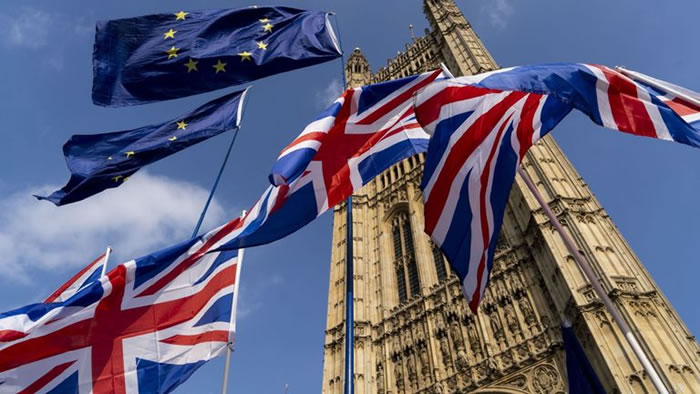 Bye, bye, Britain: Great Britain has not been in the EU since January 31. What changes do holidaymakers have to adapt to?

After years of back and forth, Britain has now actually left the European Union. What are the implications for planning and organizing a trip to the UK? On the rental car tour through Scotland, the city trip to London, the language course in Cornwall? With the Brexit worry on the rise, an important question comes to traveler’s mind about which one you should choose: Home or Away? Regatta has created an interactive map about UK winter staycations that are cheaper than going abroad.

What documents are now required to enter the UK?

Vacationers can travel until December 31, 2020, as if Brexit was not a thing. The transition period during which the relationship between Great Britain and the EU is being reorganized is at least as long. Therefore, as before, the just a passport is sufficient for entry. This applies to citizens of all EU countries as well as travelers from Liechtenstein, Norway, Iceland and Switzerland. It is still unclear what will happen after the cut-off date. The UK government website only states that updates may happen before 1st January 2021, however, the time will be announced in good time so that travelers can prepare for it.

What is changing in border controls?

Border controls already exist and will continue to do so. The country has not acceded to the Schengen Agreement, which is why border controls on people have never been abolished.

Does Brexit have an impact on air and rail traffic?

There are a number of new rules for air traffic between Great Britain and the European Union, but transitional agreements ensure that flight operations continue as before the Brexit. The fact that Great Britain is leaving the European Aviation Safety Agency (EASA) therefore has no concrete impact on passengers. However, behind the scenes, an air traffic agreement now has to be negotiated within a few months: with take-off and landing rights, security issues and British airlines’ access to the European market.

The compensation for canceled or very delayed flights will also remain unchanged for the time being. Up to 600 Euros will be paid if the flight starts in the EU or is carried out by an airline with its headquarters in the EU. Until the end of the transition period on December 31, 2020, this EU regulation will remain in effect in Great Britain. Even afterwards, passengers can count on financial compensation for waiting time. According to government information, the EU regulations will be adopted into British law and will in future be applied to all flights departing from the United Kingdom and to all flights between the EU and Great Britain if the airline is based in the EU. The same applies to train, ferry and bus passengers: your travel rights will stay the same as before Brexit as previous passenger rights will be transferred into British law.

Can the dog still go?

According to the Gov.uk website, the entry of a four-legged friend into Great Britain is no problem even after Brexit: The EU pet passport, a kind of passport for animals, which is used, among other things, as proof of rabies vaccination, will no longer be recognised. However, you will need to obtain an animal health certificate from your vet no more than 10 days before travel and present proof of this along with blood test results, rabies vaccination and your pet’s microchip. These are still subject to change so as a precaution the UK government recommends planning a pet trip with the veterinarian at least four months in advance.

This is rather unlikely – on the contrary: since the Brexit referendum in June 2016, the pound sterling has fallen by around 10% against the euro, so travel makers are not capitalising on this with an increase in fares, and the room in the bed and breakfast can also be paid for in the future using SEPA transfer.

What about travel health insurance?

With your insurance card, people with statutory health insurance in other European countries will be treated until the end of the transition period on December 31, 2020, according to the Association of Statutory Health Insurance (GKV), in all Great Britain practices of the National Health Service. How it will go on is still unclear. Vacationers with private health insurance are on the safe side. The consumer advice centres recommend them for all trips anyway, regardless of whether within or outside Europe. Privately insured persons should also take out additional cover in this way.

Surfing and making calls on your smartphone in the UK are currently just as expensive as at home in Germany since the EU abolished roaming charges. In theory, it could be over after Brexit. But it doesn’t look like that at the moment – at least until the end of the year. In addition, the low tariffs could remain: The large German mobile operators point out that in the non-EU countries Norway, Iceland and Liechtenstein you can also make calls without additional charges, so companies will likely follow suit with the rest of the EU states even though not legally obliged.