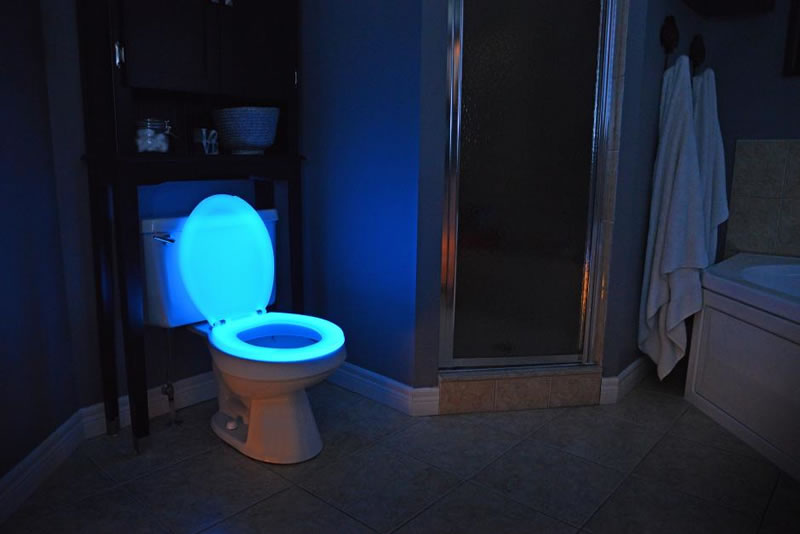 If you suffer from fumbling around in the middle of the night to use the loo then this glow in the dark bathroom toilet seat could be the answer to your problem.

Many people are unable to go through the whole night without having to relieve themselves and so they have to either stumble around in the dark or turn the light on and blind yourself. But there is hope on the horizon, an inventor from America has invented a glow in the dark bathroom.

The genius behind this invention is Dave Reynolds who thought up the idea after seriously injuring himself one night while trying to get to the toilet.  Do not flush the toilet while you are testing to determine the cause. If the flapper is leaking, the water in the bowl will slowly change colors. We always suggest to at least have a toilet backup in case your main toilet gets damaged as it is not always easy to repair.

This new bathroom toilet seat is very useful to young children and elderly people who struggle to hold their bladders all night.

The glow in the dark toilet seat illuminates the bathroom just enough for you to find the seat and not too much to blind you with a big bright light.

During the day it looks like a normal white toilet seat and starts to glow when darkness kicks in. The inventor claims it can stay glowing all night long and has a life of about twenty years.

The price for one of these seats is $49.99 and it’s popularity has grown rapidly worldwide with countries such as Germany, Japan, Australia, Italy and many more placing orders. 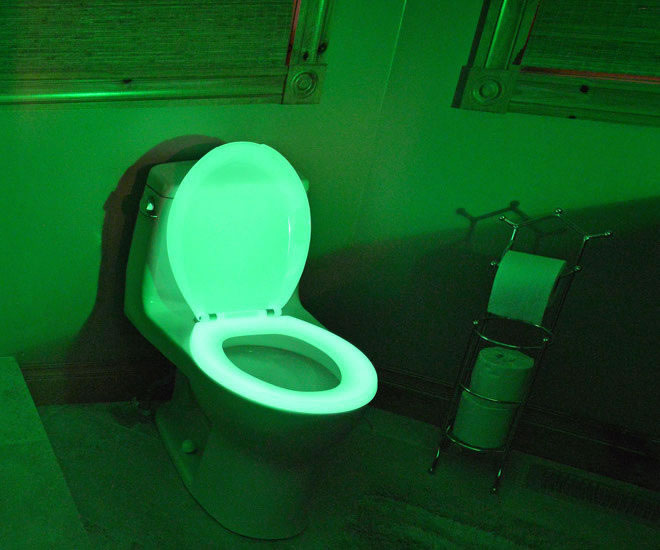