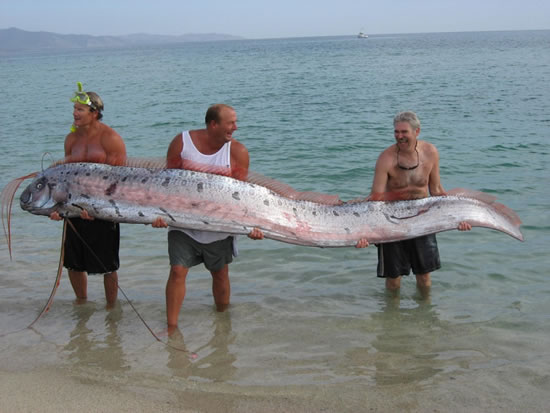 This giant Oarfish was found barely alive in 2007 off of East Cape of Baja Mexico.

This rare oarfish was found barely alive near the beach at East Cape on Tuesday last week. The fish was taken to Hotel Palmas de Cortez to be frozen for study. It is being held by, from left, Troy Tinney, Steve Lawrence, and Mike Shaw. PHOTOS COURTESY OF BARB ALBRIGHT. 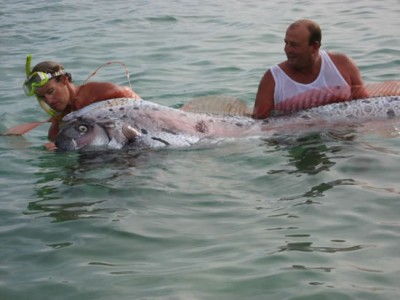 The photographer (Barb Albright) in 2007, who gave a detailed description of what happened that day. She was complimentary toward the men who jumped into a raft in an attempt at helping the ailing creature, “They were so gentle with it not wanting to hurt it any more. We figured it was around 150 lbs and about 14 feet long minus a tail that is.” The photographer also described the sighting as “…a once in a life time thing…”