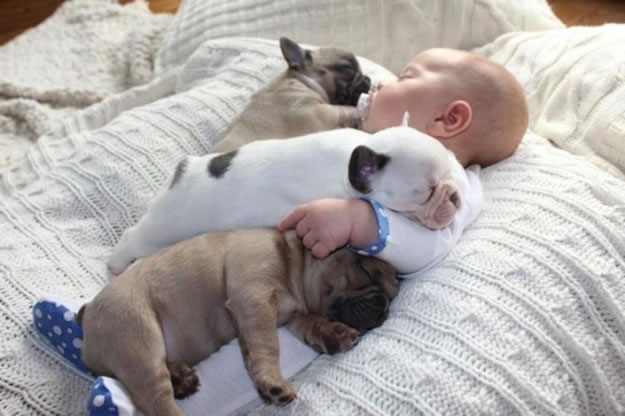 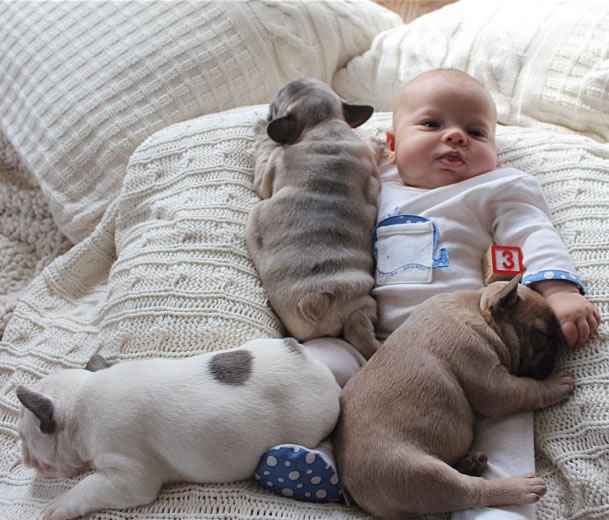 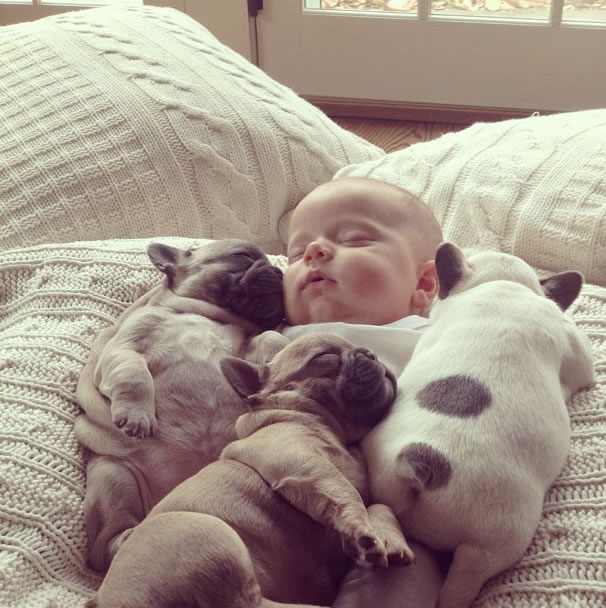 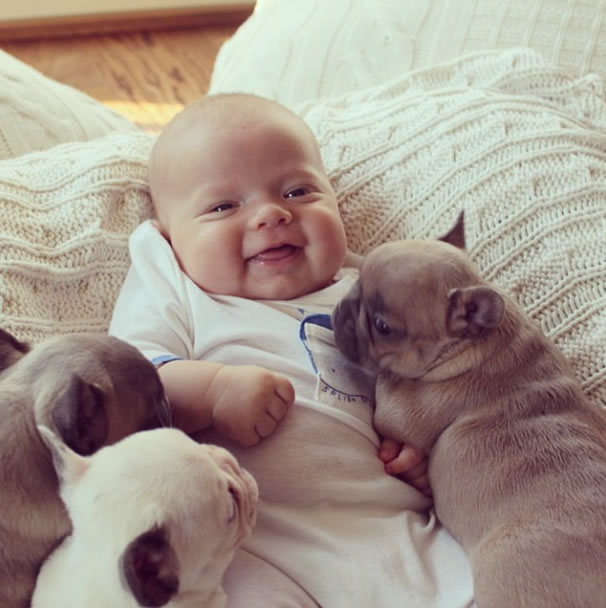 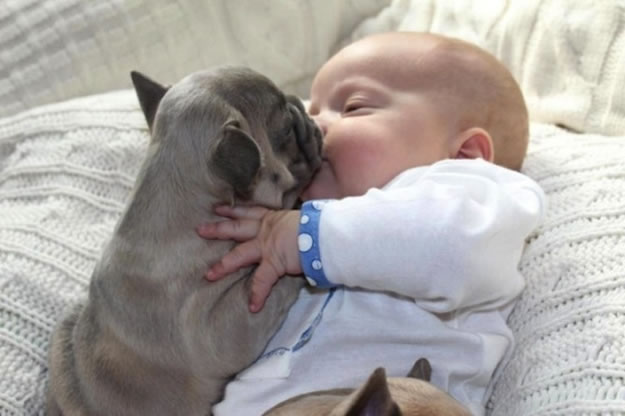 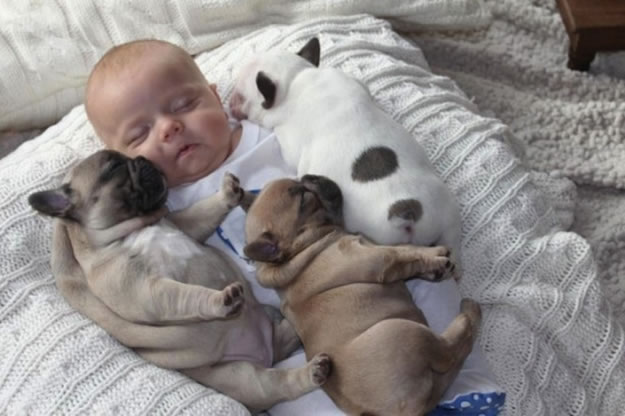 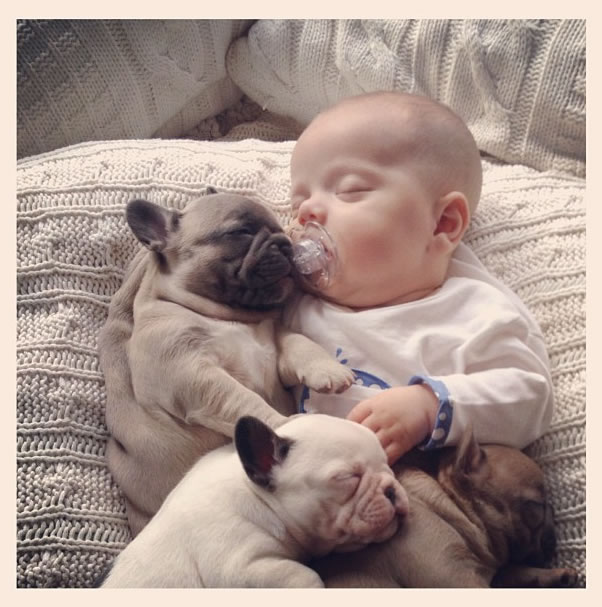 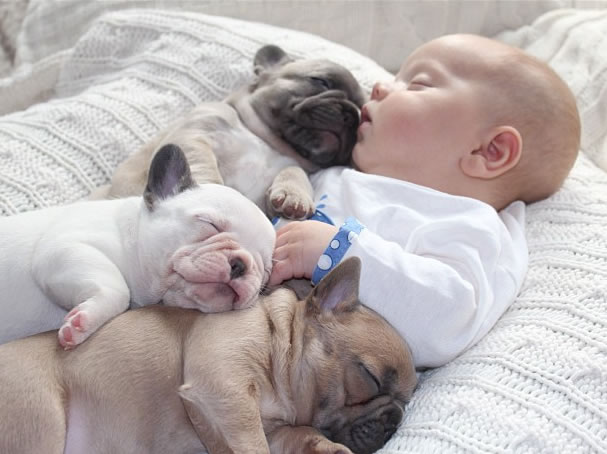 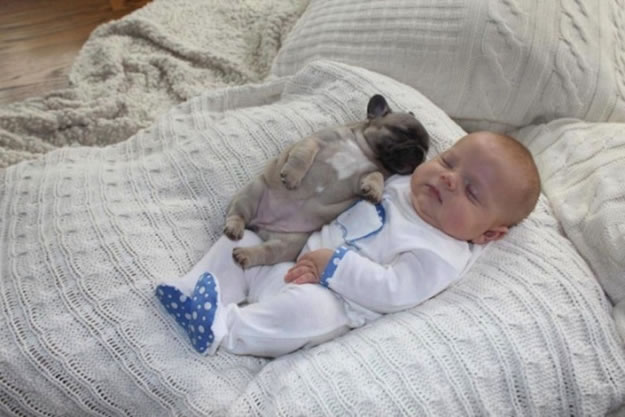 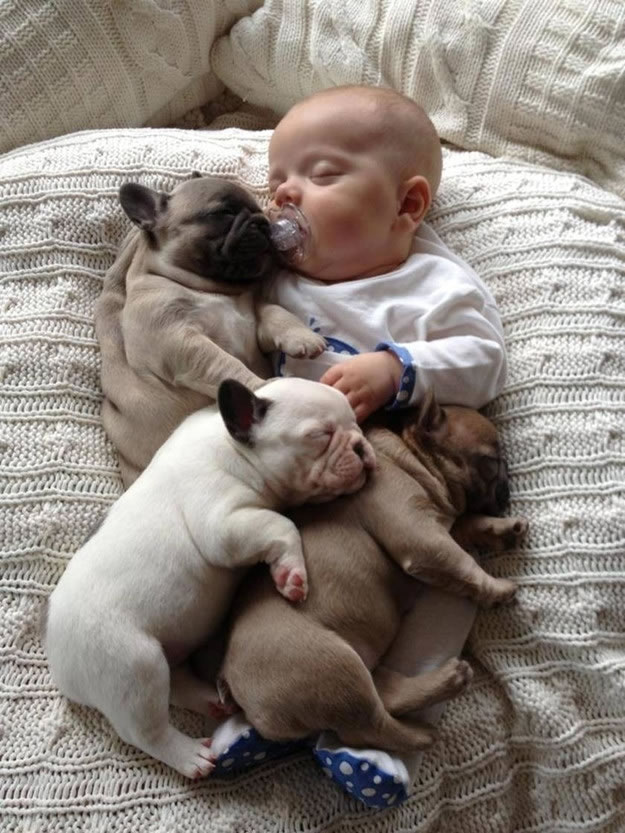 The French Bulldog is a small breed of domestic dog. “Frenchies” were bred in the 1800s by lace makers first in England then in France when displaced by the Industrial Revolution.

Frenchies are playful and affectionate. Their loyal, loving nature makes them a wonderful companion dog. French Bulldogs are an intelligent breed, however their willful, stubborn nature can make them more challenging to train. They require patience, repetition and early socialization.

The origin of the modern French Bulldog breed descends directly from the dogs of the Molossians, an ancient Greek tribe. The dogs were spread throughout the ancient world by Phoenician traders. British Molossian dogs were developed into the Mastiff. A sub-family of the Mastiff were the Bullenbeisser, a type of dog used for bull-baiting.

Blood sports such as bull-baiting were outlawed in England in 1835, leaving these “Bulldogs” unemployed. However, they had been bred for non-sporting reasons since at least 1800, and so their use changed from a sporting breed to a companion breed. To reduce their size, some Bulldogs were crossed with terriers, while others were crossed with pugs. By 1850 the Toy Bulldog had become common in England, and appeared in conformation shows when they began around 1860. These dogs weighed around 16–25 pounds (7.3–11 kg), although classes were also available at dog shows for those that weighed under 12 pounds (5.4 kg).

At the same time, lace workers from Nottingham, displaced by the industrial revolution, began to settle in Normandy, France. They brought a variety of dogs with them, including miniature Bulldogs. The dogs became popular in France and a trade in imported small Bulldogs was created, with breeders in England sending over Bulldogs that they considered to be too small, or with faults such as ears that stood up. By 1860, there were few miniature Bulldogs left in England, such was their popularity in France and due to the exploits of specialist dog exporters.

The small Bulldog type gradually became thought of as a breed, and received a name, the Bouledogue Francais. This Francization of the English name is also a contraction of the words “boule” (ball) and “dogue” (mastiff or molosser). The dogs were highly fashionable and were sought after by society ladies and Parisian prostitutes alike, as well as creatives such as artists, writers and fashion designers. However, records were not kept of the breed’s development as it diverged further away from its original Bulldog roots. As it changed, terrier and Pug stock may have been brought in to develop traits such as the breed’s long straight ears, and the roundness of their eyes.