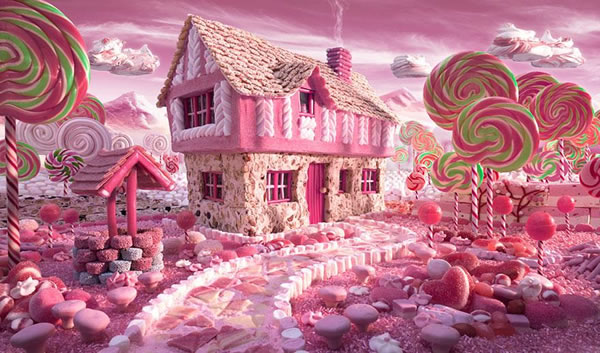 Check out these 16 totally amazing and surreal food stock photography images made by Carl Warner which are as good to eat as they are to look at! 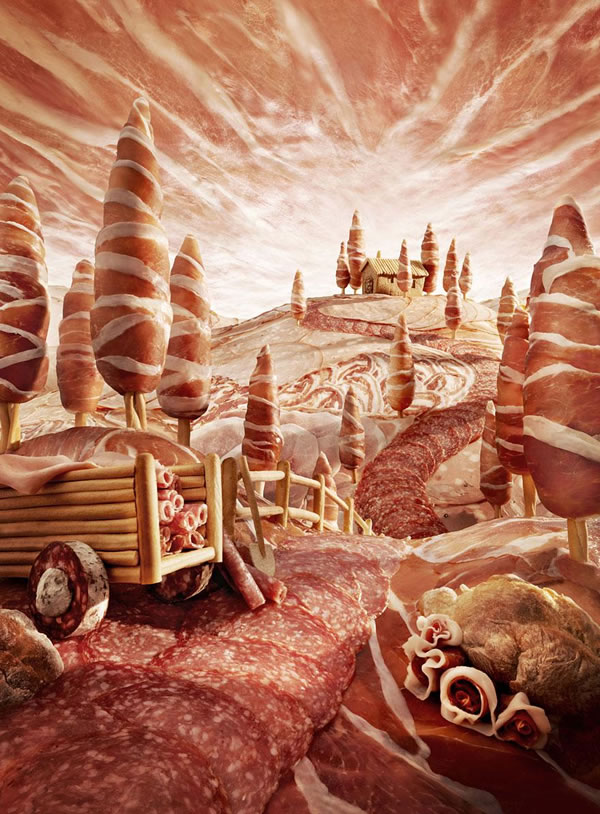 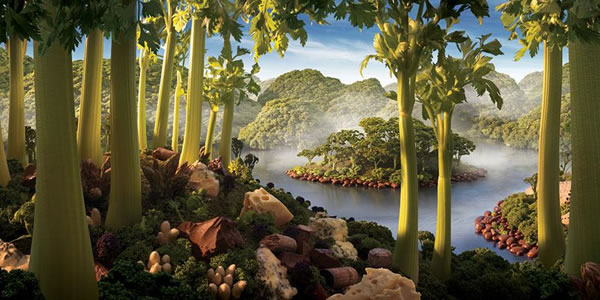 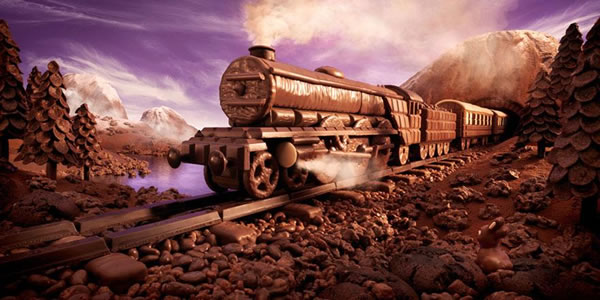 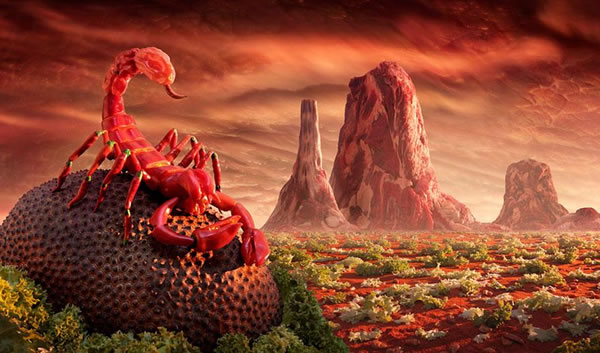 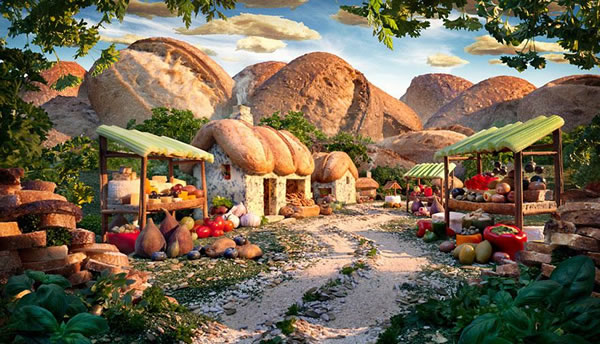 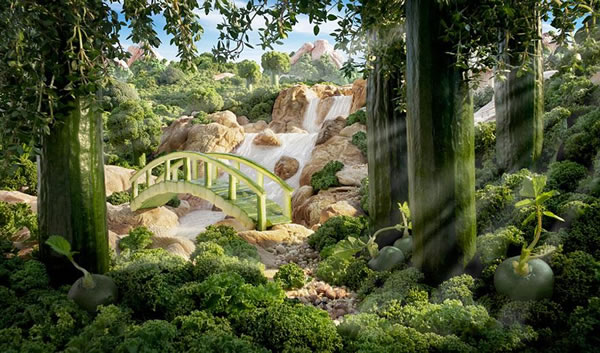 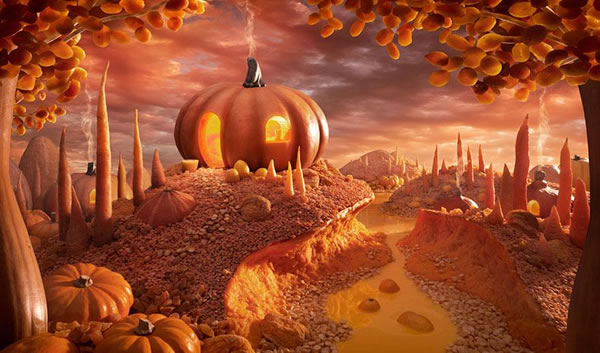 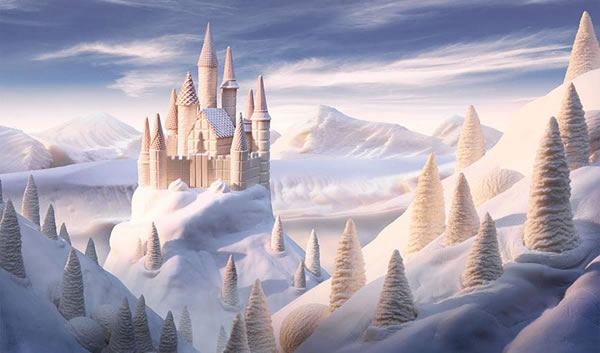 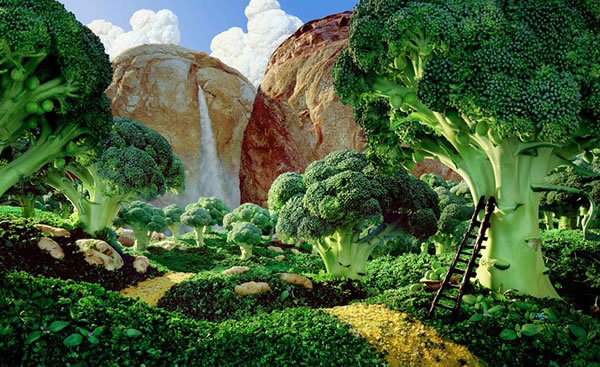 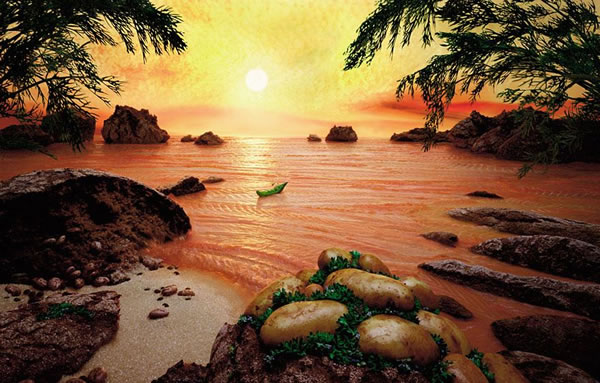 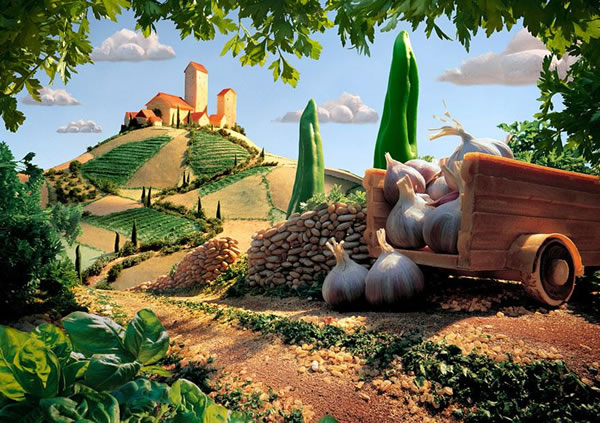 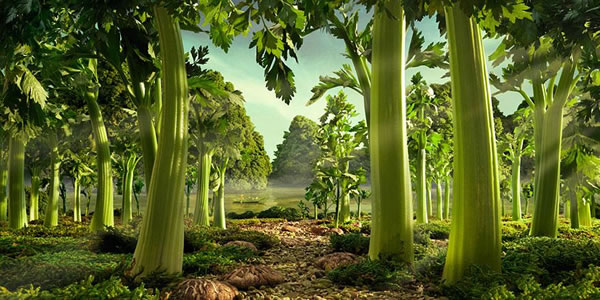 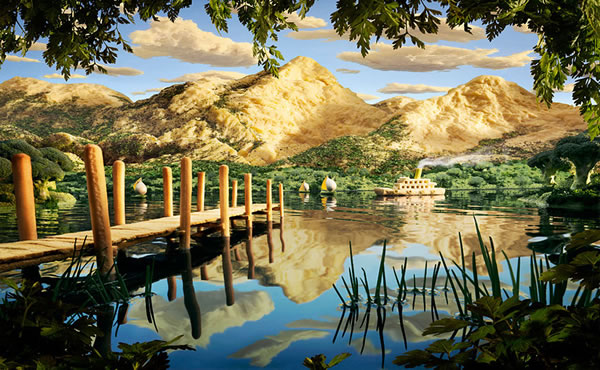 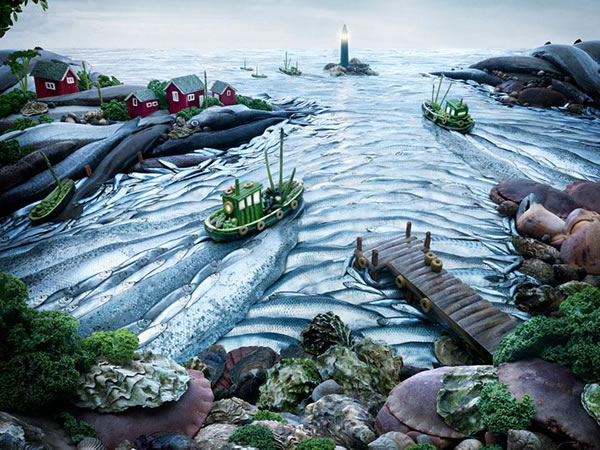 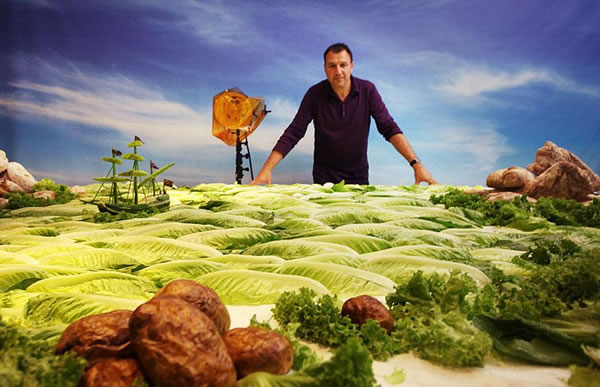 About Carl Warner
Having become a successful advertising photographer from the mid to late 80′s through to the mid nineties he found that his work was becoming less in demand as well as unfulfilling creatively. He was searching for a something new and different to do with his talent that would not only rekindle his interest in photography but inject some life into his flagging business. Inspiration seemed hard to find, but one day while walking around a food market he found some wonderful portabello mushrooms which he thought looked like some kind of tree from an alien world. So he took them back to his studio with a few other ingredients such as rice seeds and beans with a view to try and create a miniature scene on a table top.

In January of 2008 this work was featured in an article the Sunday Times, after which the flood gates opened to a host of media attention from magazines and newspapers all over the world, and this led to television reports, documentaries and interviews, including an appearance on Britain’s famous Richard and Judy Show. The publishing of the images on TV and newspaper websites also led to the creation of many pdf format viral emails which are still to this day being passed around the globe. These viral emails have led to a recognition of his work throughout the world, which has resulted in a book deal with a major U.S. publisher, the licensing of images for merchandising opportunities, as well as advertising campaigns and commissions from some of the biggest brand names in the food world. Some of these campaigns have helped Carl to expand his work into the moving image where he has begun directing television and internet commercials.

The ‘Foodscapes’ are created in Carl’s London studio where they are built on top of a large purpose built triangular table top. The scenes are photographed in layers from foreground to background and sky as the process is very time consuming and so the food quickly wilts under the lights. Each element is then put together in post production to achieve the final image.