Top Ten Most Expensive Penthouses In The World

Discover where the top ten most expensive penthouses in the world are located. While most of us will never be able to afford one of these penthouses it is nice to dream. 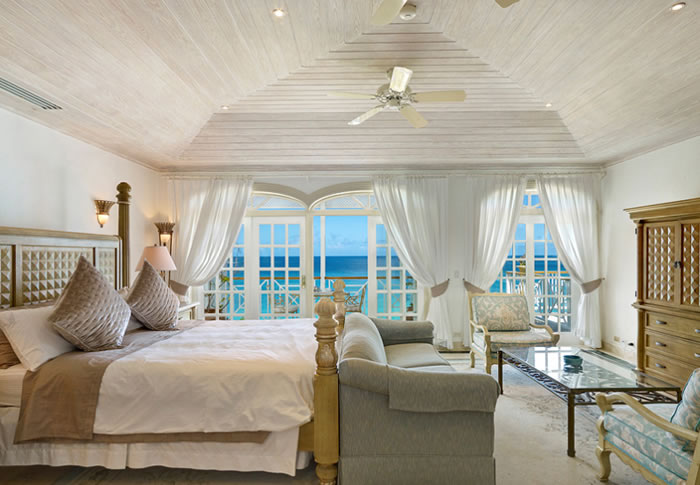 Old Trees Penthouse sits in one of the most luxurious beach front residences in Barbados. This three-story penthouse overlooking the Caribbean beach features 4 bedrooms, 4 huge bathrooms and a huge living room fully air conditioned and overlooking the white-sand beach.

This penthouse has 24/7 security with exclusive access to the top floor by an elevator. It also has a balcony with private jacuzzi, wet bar and barbecue area. 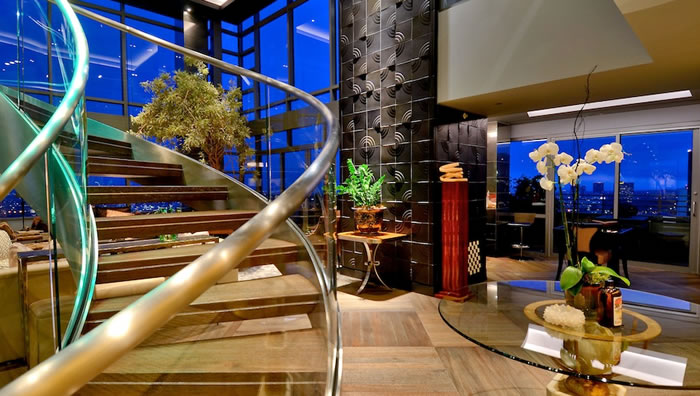 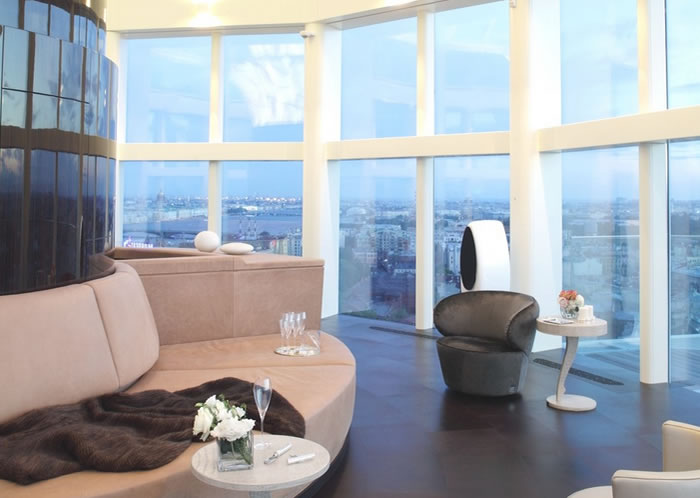 Located at the heart of St. Petersburg in Russia, this triplex sits on one of the city’s skyscrapers. This three story penthouse and its two terraces offer 360 degrees scenic views of the city. A central staircase allows easy access to all rooms.

Futuristic custom-made furnishings embellish the living space and private rooms on the first level. The entertainment and business facilities are on the second level and the top tier provides a panoramic view of the entire city. 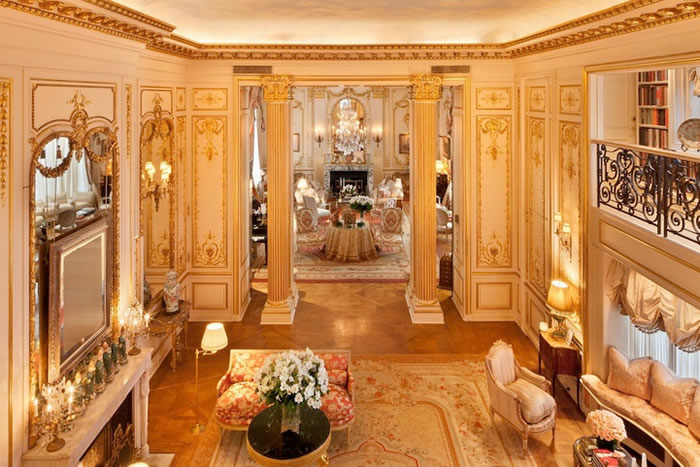 This property atop the Upper East Side Mansion in New York City was once a ballroom and since been turned into an opulent apartment designed by Horace Trumbauer. The Spencer Condominium, owned by actress/comedienne Joan Rivers (net worth of $50 million), is listed for $29.5 million.

The bedroom suite offers a stunning view of Manhattan’s Central Park and if you feel a shopping spree the famous shopping stores in 5th Avenue are only a few steps away. 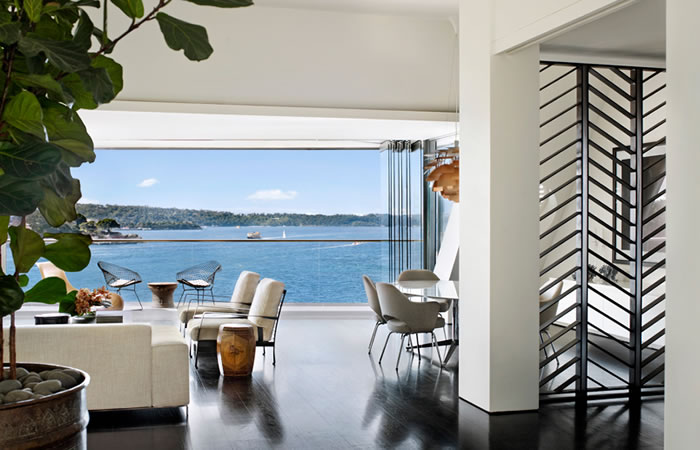 This is Australia’s most expensive penthouse and is located between Circular Quay and the Botanic Gardens, at Macquarie St. This harbor front mega-unit occupies an area of 700sq m and features a private elevator lobby, wine cellar, billiards room, a master bedroom suite, and a number of dressing rooms all overlooking Sydney’s Harbor Bridge and Opera House. 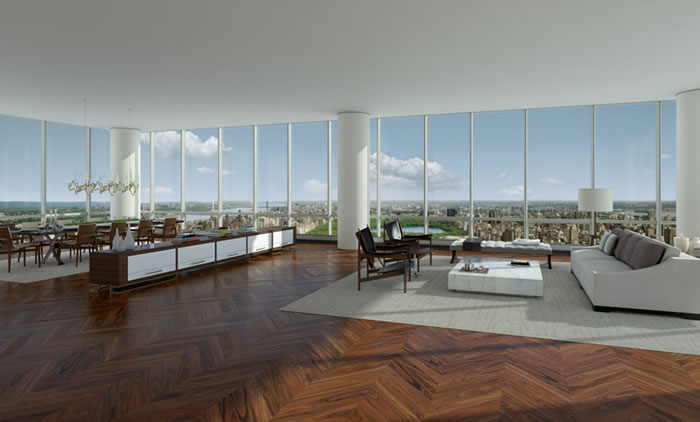 One 57 Penthouse was purchased by philanthropist , billionaire and hedge fund manager William Ackman early last year for $90 million. It was more of an investment buy rather than residential, during which time the One 57 Tower was still in construction and the loft was in the listing for $110 million.

The “winter garden” penthouse spreads over 13,500 square feet on the 75th and 76th floors of the 90-story tower. It comes with a private glass-enclosed garden, a swimming pool, and rooms occupying 2,500-square-foot of the loft all overlooking Central Park. 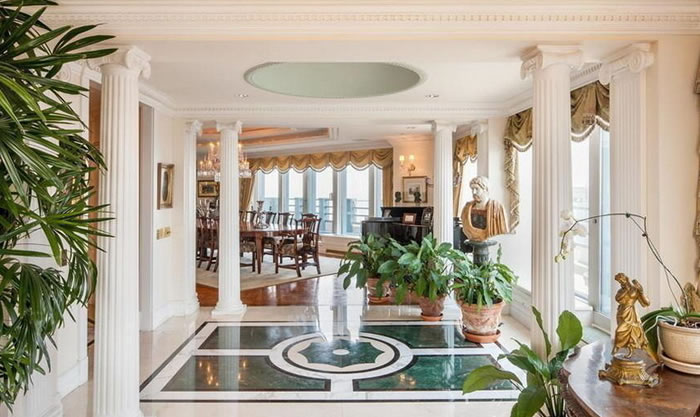 The master bedroom occupies the entire 75th floor and the loft also comes with a 1,000-bottle wine cellar, maids quarter plus a 3,000 sq. ft of exterior space. 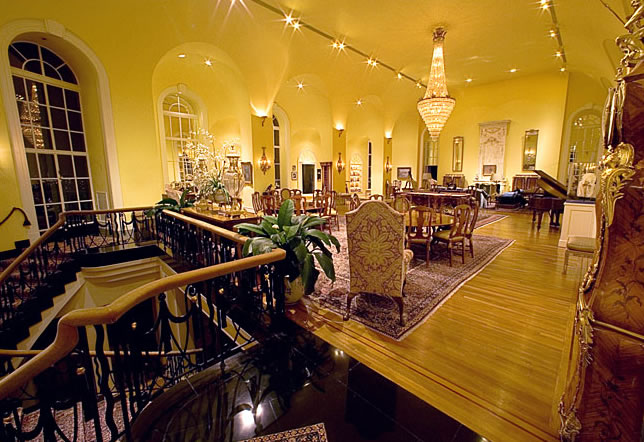 The penthouse was first listed for $70 million in 2004 but was pulled off in 2008. Shortly after Zweig passed away in February 2013, the property was listed again at a lofty price of $125 million. This elegant space includes five master suites, six full baths plus three half baths, separate guest suites plus staff accommodations, five fireplaces, four terraces, a main kitchen, grand marble staircase, a private interior elevator, and a sweeping 360-degree views of Manhattan. 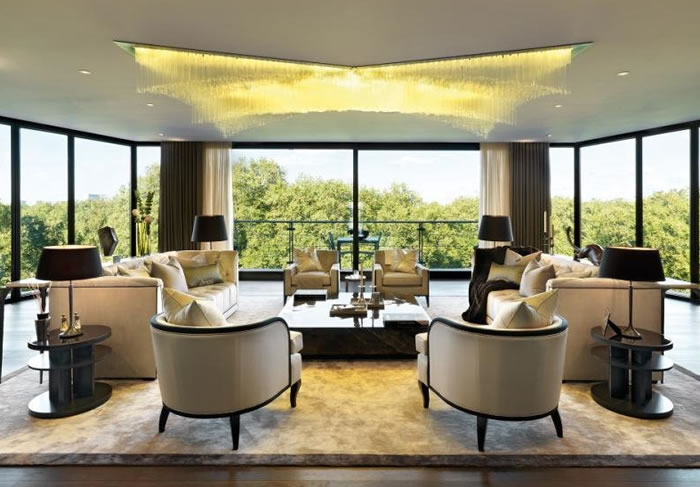 Hyde Park is one of the wealthiest and most secretive residences in the world. Located in Knightsbridge, London, this Penthouse spans 17,000-sq.ft. and stretches across two floors that cost more than $11,000 per square foot, totaling to an estimated $200 million worth property.

Ukrainian billionaire and oligarch Rinat Akhmetov paid for one of the penthouses for $214 million in 2011, this by far is the most expensive residential buy in the UK. 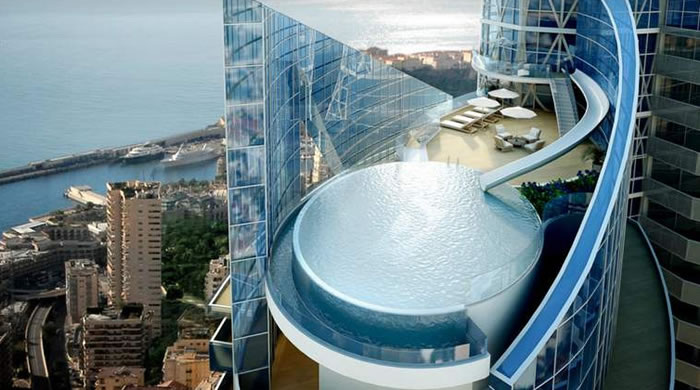 Monaco, is not only home to the world’s most exclusive casinos, exotic cars, and luxury yachts, but will soon be home to the most expensive penthouse in the world. The Odeon Tower will be the Mediterranean’s tallest building standing at 557 feet above sea level.

Tour Odeon contains two sky duplexeswith a multi-story penthouse that spreads over 30,000 sq.ft. It will feature floor-to-ceiling windows and glass balconies both overlooking the entire city of Monaco, the Larvotto Beach, and the azure Ligurian Sea. It comes with a private waterslide plunging into an infinity pool, a private lounge and movie room.