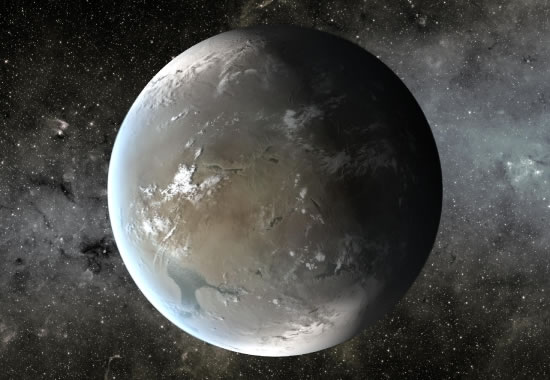 The artist’s concept depicts Kepler-62f, a super-Earth-size planet in the habitable zone of a star smaller and cooler than the sun, located about 1,200 light-years from Earth in the constellation Lyra.

Kepler-62f orbits it’s host star every 267 days and is roughly 40 percent larger than Earth in size. The size of Kepler-62f is known, but its mass and composition are not. However, based on previous exoplanet discoveries of similar size that are rocky, scientists are able to determine its mass by association.