Do you ever examine what you eat? Maybe you should, just look at the crazy things these people found in their food. It’s disgusting enough to make you wanna throw up. 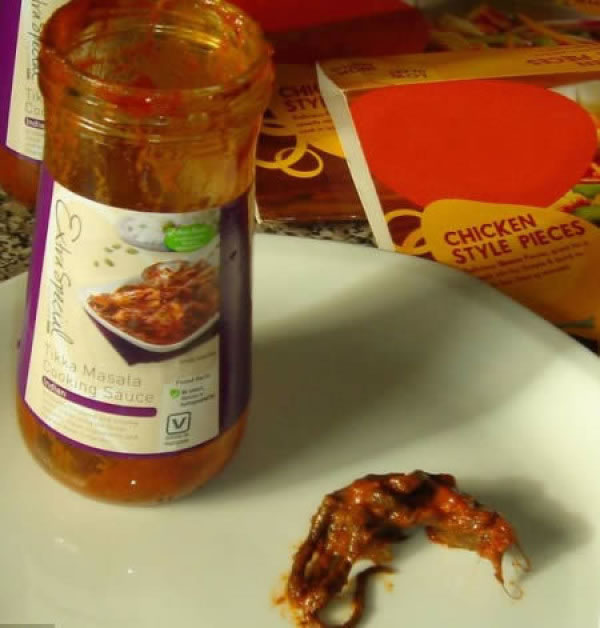 Cate Barrett bought a jar of tikka masala sauce from her local Asda store in Britain expecting it to be as delicious as normal but she and her boyfriend were in for a little surprise. While she was pouring the jar’s contents into a saucepan Cate noticed it seemed a little more lumpy than usual and after closer inspection she discovered there was a dead mouse in the sauce.

Cate returned the jar and mouse to the store where she received an apology from the manager.

[SEE ALSO – 10 Most Disgusting Meals You Can Order At Restaurants] 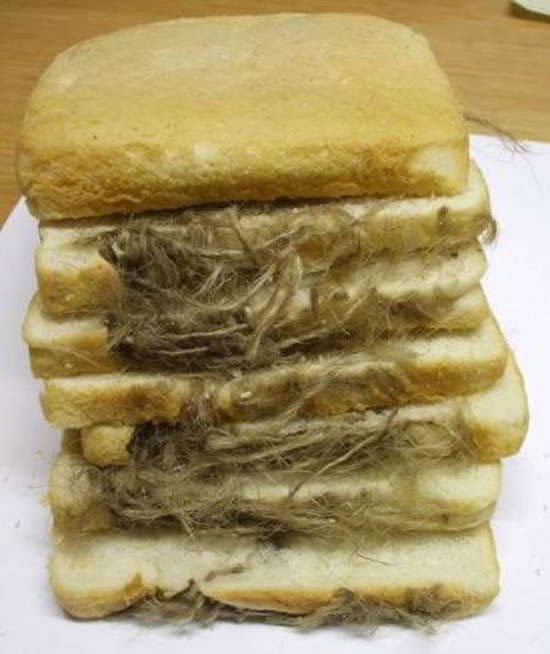 A woman in Northern Ireland was tucking into her Hovis bread when she noticed it seemed to have a bit more fiber than normal. Upon closer inspection of the loaf she discovered it was contaminated with shreds of the hessian-type cloth.

The woman reported the bread loaf to the environmental health department and it was discovered the fabric was from an oven glove. Hovis were fined 750 british pounds. 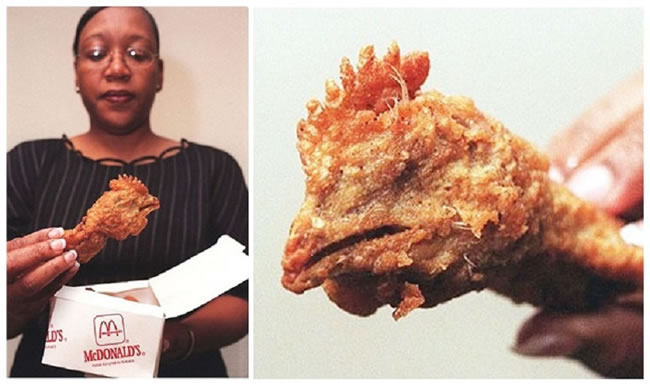 An American mother bought her two young children Happy meals at her local McDonalds restaurant. While tucking into the tasty chicken nuggets her children found one that looked like a chicken’s head and it turns out it actually was.

The McDonalds manager offered them two weeks of free meals as an apology but the mother pressed charges and demanded 100,000 dollars compensation. 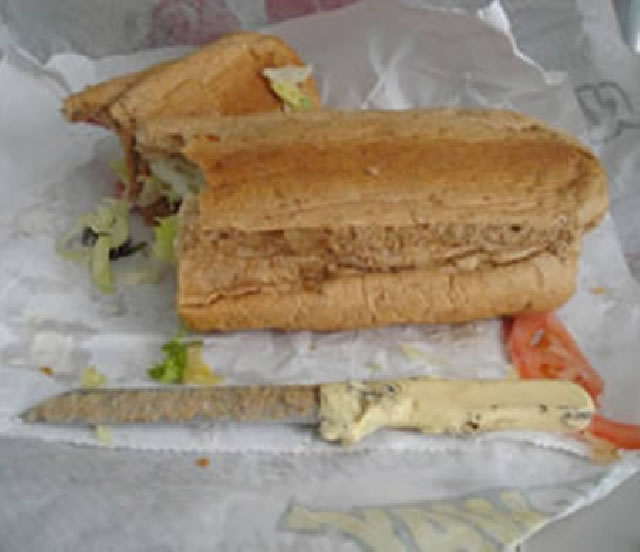 John Agnesini was visiting a New York Subway restaurant when he discovered an unusual ingredient in his sandwich that he had not ordered. It was a kitchen knife, the blade had been baked into the bread roll but luckily John never cut his mouth or hurt himself. ironically the subway he ordered was the Italian cold-cut trio. 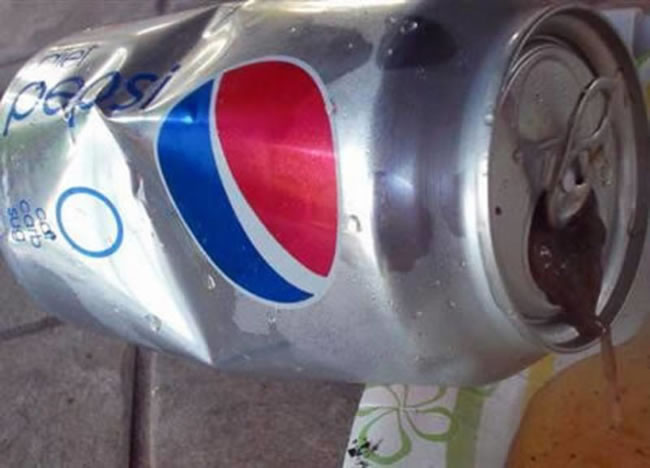 Fred DeNegri was having a barbecue in his back garden and opened up a can of Diet Pepsi. Within seconds of downing the drink Fred almost threw up as the Pepsi drink had turned into a disgusting thick slimy liquid.

Fred took the can and what was left of it’s contents to a Food and Drug Administration Office lab were it was discovered that a dead frog was inside.

Clarence Stowers bought a pint of custard from Kohl’s Frozen Custard shop and took it home to eat. While eating the custard he noticed something strange in his mouth. He removed the strange object only to discover it was a finger.

It turns out that there had been an accident at The custard Shop and one of the employees had his finger cut off. While tending to the injured worker his finger had been accidentally served in a pint of chocolate custard. 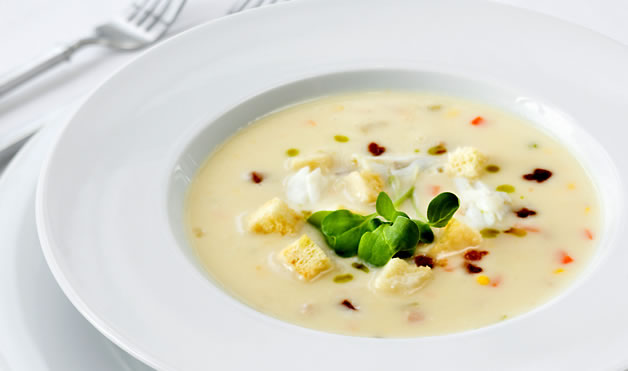 Back in 2002 a woman was eating a bowl of clam chowder at a McCormick and Schmick’s seafood restaurant in Irvine. As she was eating the meal she discovered something a bit chewy and spat it out onto her plate, it turned out to be a condom. 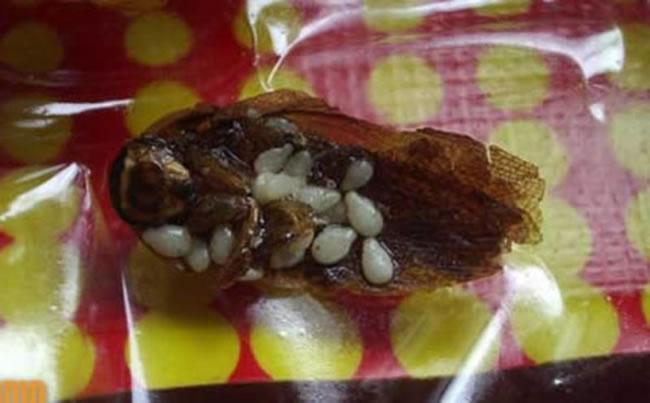 A man was half way through eating a pack of seasoned anchovies when he noticed one looked a little odd to the rest, upon closer inspection it turned out to be a cockroach. The bug was dead and was covered in sesame seeds which made it almost difficult to spot. 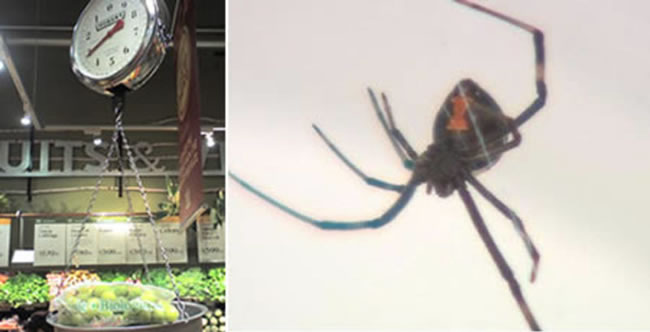 A Boston man was shocked to find a live black widow spider hiding in a bag of grapes he had just bought at a food market. The man managed to capture the spider and took it back to the store, the owner removed all stock and stated that occasionally the odd bug goes undetected.

The black widow spider is highly venomous, very few cases have been reported from bites that have killed people but they can easily make you very sick. It can bring on muscle cramps, vomiting, and dizziness, especially in young children and the elderly.

Steve Whyte and his wife Jessica became violently ill after eating ice cream from the Coogee Bay Hotel in Sydney, Australia. An investigation revealed that there was traces of poop in the ice cream but it was unsure if it was human or animal.

The ice cream had been given to the couple as an apology after they had complained about the excessive noise.

Have you ever found something disgusting in food?