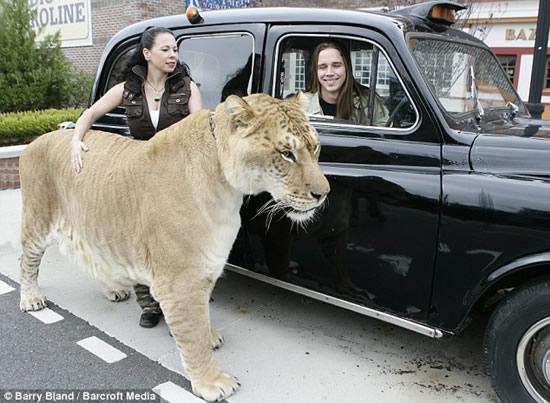 Imagine cost of cat food bill for Hercules a 900-pound-heavy, 6-feet-tall and 12-feet-long liger who holds the Guinness World Record for the largest cat!

Born from a lion father and tiger mother, Hercules grew into an impressive creature, able to run at speeds of up to 50 mph and eat 100 pounds of food in one sitting. Ligers have been known to be fat and unhealthy cats, but Hercules is an exceptional specimen that got the best from both feline races. 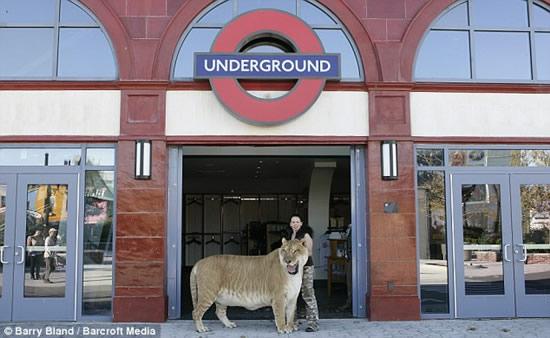 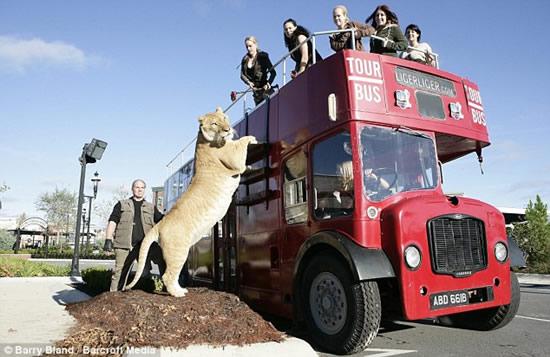 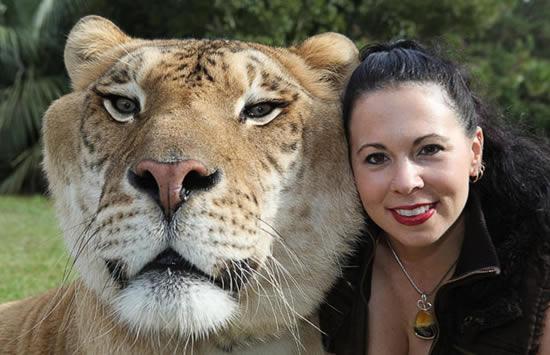 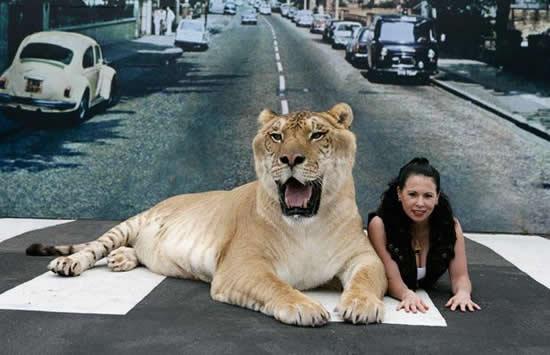 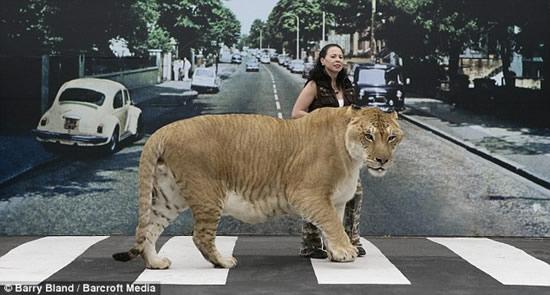 During a recent photo-shoot, Hercules’ caretakers wanted to show his enormous size by placing him against popular English symbols, like an old double-decker bus or a black cab. He was actually able to climb the bus to receive a tasty treat. It might look like the world’s biggest cat is actually in London, but he’s really quite close to home, at Freestyle Music Park in Myrtle Beach, Southern California.

Despite his gigantic size, Hercules is very tame and Dr. Bhagavan, one of the liger’s caretakers, says looking into his eyes is “like looking into God’s own eyes”.

The liger is a hybrid cross between a male lion (Panthera leo) and a tigress (Panthera tigris). Thus, it has parents with the same genus but of different species. It is distinct from the similar hybrid tigon. It is the largest of all known extant felines.

Ligers enjoy swimming, which is a characteristic of tigers, and are very sociable like lions. Ligers exist only in captivity because the habitats of the parental species do not overlap in the wild. Historically, when the Asiatic Lion was prolific, the territories of lions and tigers did overlap and there are legends of ligers existing in the wild. Notably, ligers typically grow larger than either parent species, unlike tigons which tend to be about as large as a female tiger and is the cross between a male tiger and a lioness.