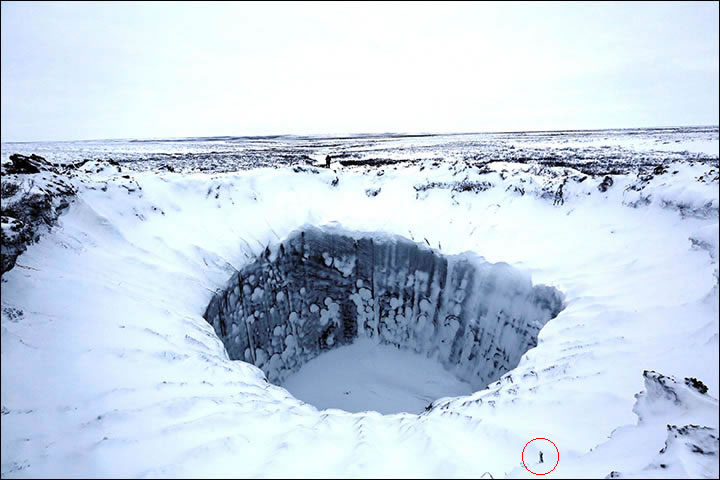 Looks uncannily like a scene from the movie “The Thing” but in fact this gigantic hole was recently been discovered by an Arctic expedition in Siberia. 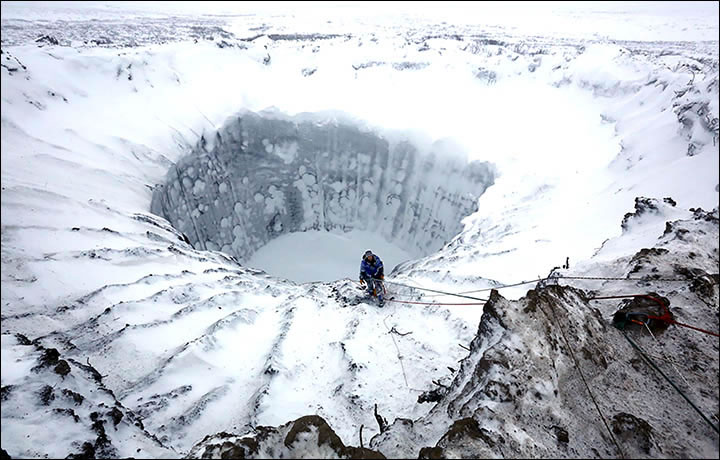 This recently discovered Bermuda triangle type phenomenon is currently being inspected by a team of scientists who believe the huge gas explosions in the frozen Artic oceans although they admit that it is still too early to come to any conclusive facts about this and other similar holes found in the same area. 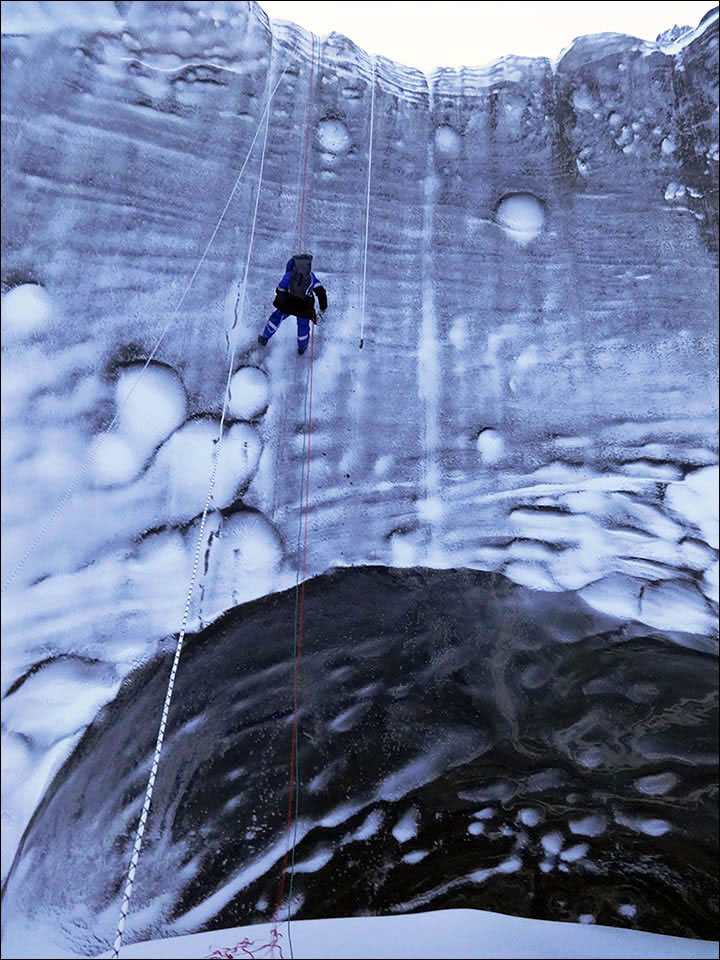 This huge hole in the ice with sheer sides looking like it was cute with a mechanical device was found in the Yamal Peninsula in northern Siberia. 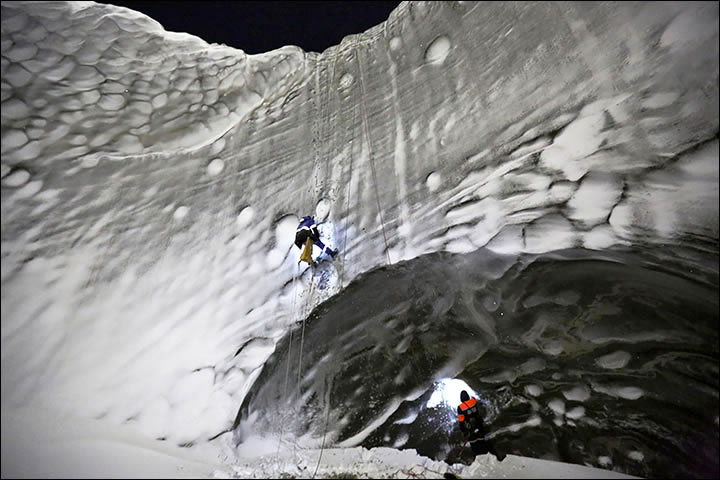 The large team of scientists do not all agree on what has caused this strange event to happen or even how old it is and how common these holes are, currently they are studying satellite images going back to the 19080’s to just how many other holes they can find and how old the holes are. 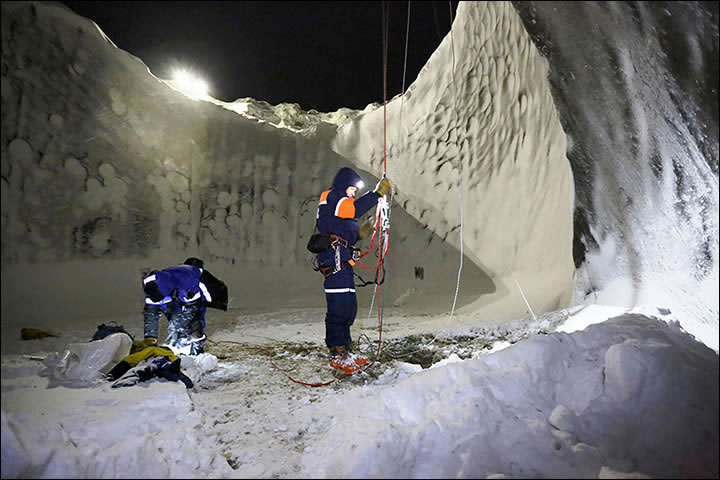 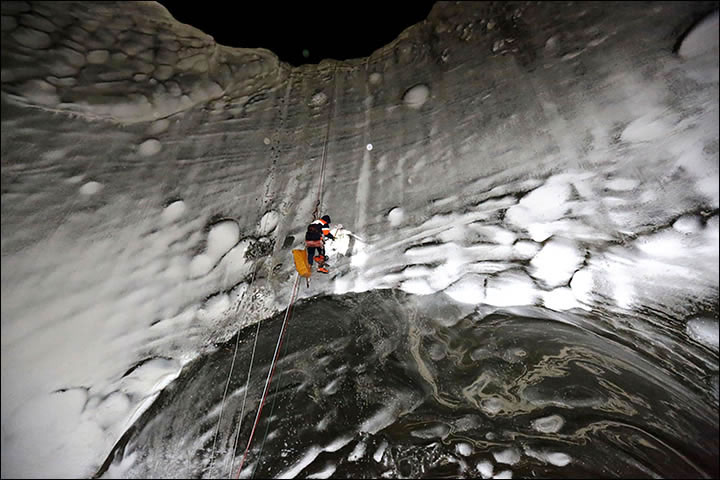 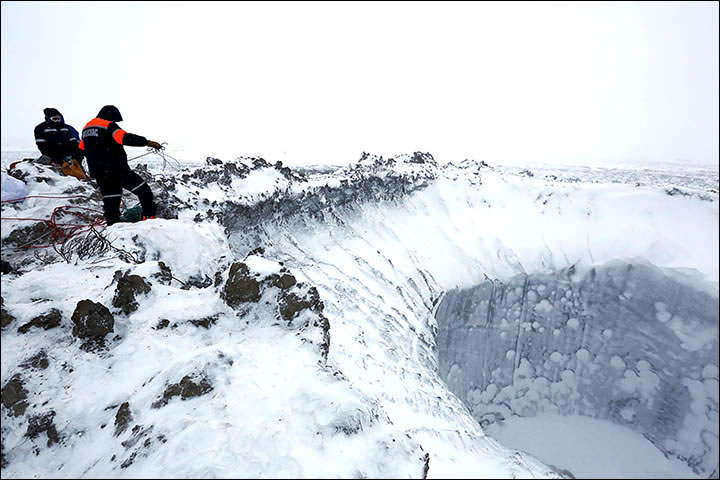