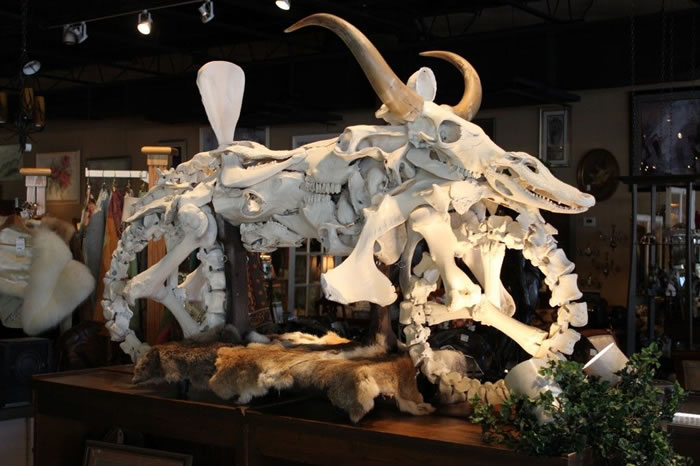 An artist from Florida has started making a living building and selling animal skeleton models or motorcycles. He collects the bones from animals killed on the road and takes around a year to create each ride

Reese Moore created the beast above using a lot of pieces from other dead beasts – three to four cow skulls, two to three alligator skulls, bones of goats, wolves, raccoons, turtles and pigs, and a cow spine for each of the wheels. The bike is rather cheekily named: ‘Cowasaki’.

Reese said it takes him about a year to collect all the bones from dead animals on the side of the road, or carcasses from hunters and farmers. It then takes him a week to sand the bones down and but the bike together. It’s not just bikes – the 65-year-old also makes a host of other things with the bones, including dinosaurs and choppers. And when he isn’t doing that, he trains whales and sea lions, builds museum exhibits and performs in Timucuan Indian re-enactments. He was also a snake wrangler at one point. 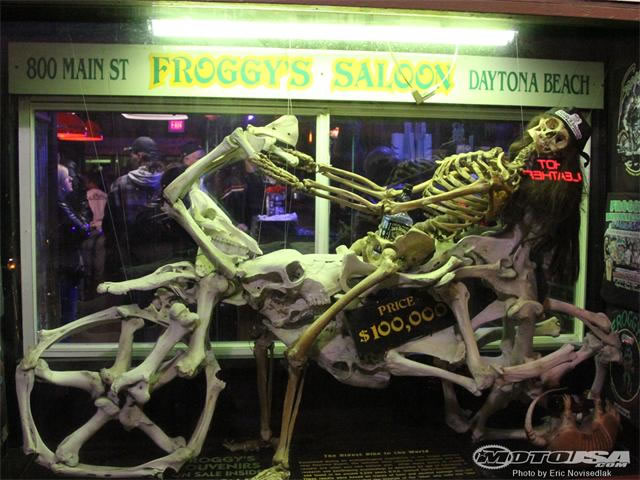 “I don’t do anything normal,” Moore observed. “I just go around and show off and make weird stuff.” He got into the bones business after using them to make Halloween decorations for his kids sometime in the early 1990s. That year, he made a dinosaur out of an assortment of bones for his sons. When the owner of Froggy’s Saloon asked him if he could take the model, Moore had a better idea. “I was kidding, and I said, ‘I’ll build you a motorcycle for Bike Week.’” The bar-owner said it couldn’t be done and Moore accepted the challenge. “In about three or four days I called him up and told him he could pick up his motorcycle.”

That first motorcycle still sits in the biker bar and is priced at $100,000. Moore and his sons have created eight more since then – one of them is at a museum in Georgia, another at a pawn and gun shop in Kentucky and one rests with Ripley’s Believe it or Not.

Cowasaki is currently located at Ormond Beach and comes with a $55,000 price tag. “They’re probably the most photographed motorcycles in history,” said Moore.

Wes Dunn, an auction house owner, said that a lot of people are interested in looking at the bone-bikes, while some of the viewers are truly perplexed. He pointed out that local businesses would most likely want to pick up these unusual bikes. “It’s not something that most of us would have in our house, but it’s really cool,” he said. 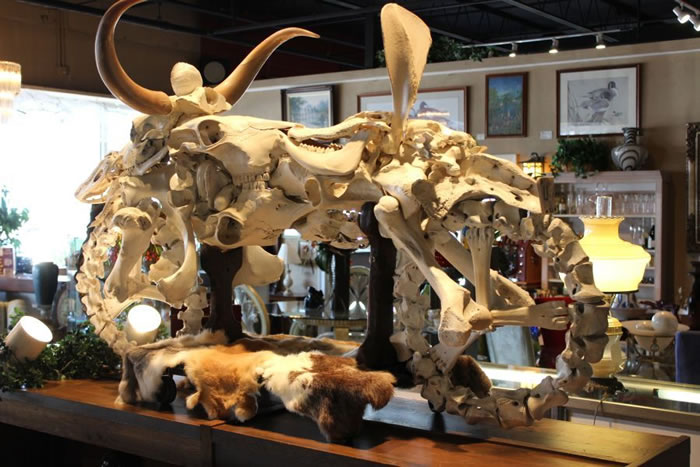 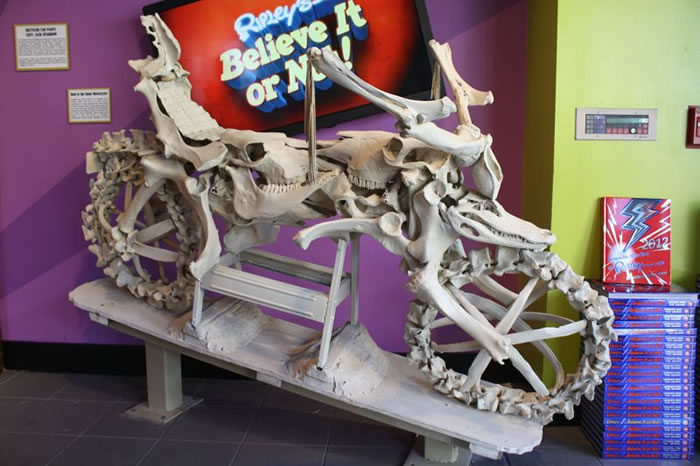 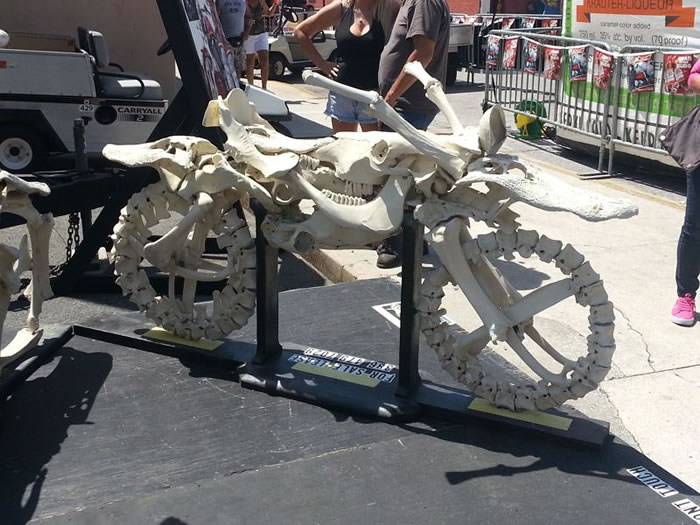 If you want to see a really cool sweet ride then check out Gibbs Quadski Price, Pictures And Info. Almost everybody wants one.