Aircraft Crashes In Back Garden 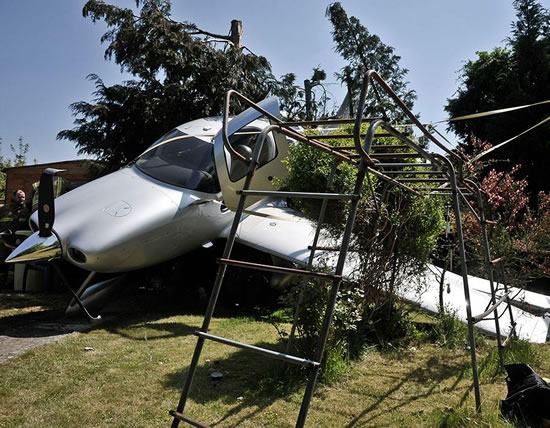 Aircraft crashes in back garden.

The main body of the aircraft is seen balancing on some conifer trees
The plane came to rest in Karen Dean’s back garden in Cheltenham, after deploying a parachute.

Jeannie Bowers, 46, was standing in her partner Adrian Phillips’s garden in Loweswater Close when she saw the incident unfold. “I arrived to work and I was just making a coffee and I heard a plane in trouble,” she said. “I looked up and there was a big pop and banging sound and then a whoosh of air.

“The parachute went up and the plane slowly came down towards the ground, gently turning and hanging from this parachute just towards me.”

Jeannie Bowers continues: “I just stood and watched it come down and it just gently came down and landed on the conifers in Karen’s garden.

“No one was hurt and it managed to miss every single building – the shed, the summer house and greenhouse. It’s just amazing how its come down and no one was hurt. It was very, very surreal. I can still see it coming down now.”

Karen Dean, 50, spoke of the moment the plane crashed in her garden. 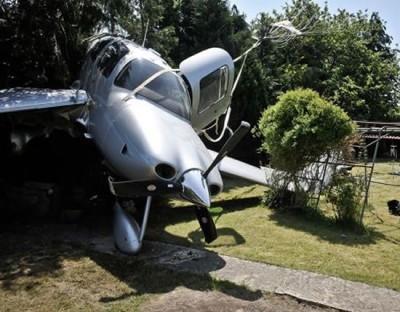 “I’m quite in a bit of shock at the moment. You never think these things are going to happen to you.”

The plane was severely damaged in the crash, with left one wing almost completely torn away while the other was left bent at a 90-degree angle at the tip. 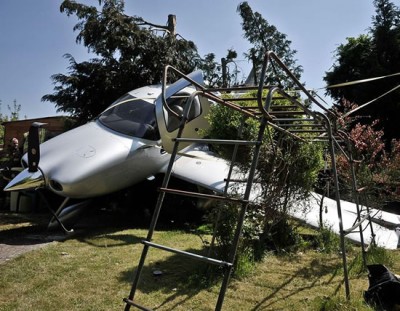 The propeller was also bent after smashing into a concrete path where the plane came to rest.

What would you do if an aircraft crashed in your garden?