6 Funny Jokes To Make You Laugh 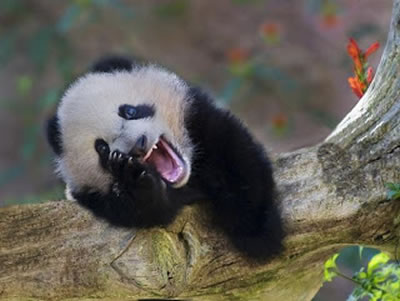 Check out these 6 funny jokes to make you laugh. Share them with your friends and spread the laughter.

The smart-ass goes to heaven joke

Three men, a philosopher, a mathematician and a smart-ass, were out riding in the car when it crashed into a tree. Before anyone knows it, the three men found themselves standing before the pearly gates of Heaven, where St. Peter and the Devil were standing nearby.

“Gentlemen,” the Devil started, “Due to the fact that Heaven is now overcrowded, St. Peter has agreed to limit the number of people entering Heaven. If anyone of you can ask me a question which I don’t know or cannot answer, then you’re worthy enough to go to Heaven; if not, then you’ll come with me to Hell.”

The Smart ass then stepped forward and said, “Bring me a chair!” The Devil brought forward a chair. “Drill 7 holes on the seat.”The Devil did just that.

The Smart ass then sat on the chair and let out a very loud fart. Standing up, he asked, “Which hole did my fart come out from?” The Devil inspected the seat and said, “The third hole from the right.”

SEE ALSO – Pictures Of Funny Protest Signs From Around The World

A woman was walking down the street when she was accosted by a particularly dirty and shabby-looking homeless woman who asked her for a couple of dollars for dinner.
The woman took out her bill fold, extracted ten dollars and asked, “If I give you this money, will you buy some wine with it instead of dinner?”
“No, I had to stop drinking years ago”, the homeless woman replied.
“Will you use it to go shopping instead of buying food?”, the woman
asked.
“No, I don’t waste time shopping”, the homeless woman said, “I need to spend all my time trying to stay alive.”

“Will you spend this on a beauty salon instead of food?”, the
woman then asked.

“Well”, said the woman, “I’m not going to give you the money. Instead, I’m going to take you out for dinner with my husband and myself tonight”.

The homeless woman was astounded. “Won’t your husband be furious with you for doing that? I know I’m dirty, and I probably smell pretty disgusting”.

The woman replied, “That’s okay. It’s important for him to see what a woman looks like after she has given up shopping, hair appointments and wine”.

The Indian and The Ventriloquist Cowboy Joke

A ventriloquist cowboy walks into town and sees an Indian sitting near his pad.

Cowboy: Hey, cool dog. Mind if I speak to him?
Indian: Dog no talk.

Cowboy: Is this your owner? [pointing at Indian]

Cowboy: How’s he treating you?

Dog: Real good. He walks me twice a day, feeds me great food, and takes me to the lake once a week to play.

Cowboy: Mind if I talk to your horse?

Cowboy: Is this your owner? [pointing at Indian]

Cowboy: How’s he treating you?

Horse: Pretty good, thanks for asking. He rides me regularly, brushes me down often, and keeps me in the barn to protect me from the elements.

Cowboy: Mind if I talk to your sheep?

Dog at a vets joke

A man runs into the vet’s office carrying his dog, screaming for help.
The vet rushes him back to an examination room and puts his dog down on
the examination table.

The vet examines the still, limp body and after a few moments tells the man
that his dog, regrettable, is dead.

The man is clearly agitated and not willing to accept this, demands a second opinion.

The vet goes into the back room and comes out with a cat and puts the cat down next to the dog’s body.

The cat sniffs the body, walks from head to tail poking and sniffing the dog’s body and finally looks at the vet and meows. The vet looks at the man and says, “I’m sorry, but the cat thinks that your dog is dead too.”

The man is still unwilling to accept that his dog is dead.

The vet brings in a black Labrador. The lab sniffs the body, walks from head to tail, and finally looks at the vet and barks. The vet looks at the man and says, “I’m
sorry, but the lab thinks your dog is dead too.”

The man, finally resigned to the diagnosis, thanks the vet and asks how much he owes.
The vet answers, “$650.

There’s nothing worse than a Doctor’s Receptionist who insists you tell her what is wrong with you in a room full of other patients. I know most of us have experienced this, and I love the way this old guy handled it.

A 65-year-old man walked into a crowded waiting room and approached the desk.

The Receptionist said, ‘Yes sir, what are you seeing the Doctor for today?’

‘There’s something wrong with my dick’, he replied.

The receptionist became irritated and said, ‘You shouldn’t come into a crowded waiting room and say things like that.’

‘Why not, you asked me what was wrong and I told you,’ he said.

The Receptionist replied; ‘Now you’ve caused some embarrassment in this room full of people. You should have said there is something wrong with your ear or something and discussed the problem further with the Doctor in private.’

The man replied, ‘You shouldn’t ask people questions in a roomful of strangers, if the answer could embarrass anyone.
The man walked out back out, waited several minutes, and then re-entered to start over again.

‘There’s something wrong with my ear,’ he stated.

The Receptionist nodded approvingly and smiled, knowing he had taken her advice. ‘And what is wrong with your ear, Sir?’

How To Get Hired At Walmart Joke

A manager at Wal-Mart had the task of hiring someone to fill a job opening. After sorting through a stack of resumes he found four people who were equally qualified. He decided to call the four in and ask them only one question. Their answer would determine which of them would get the job.

The day came and as the four sat around the conference room table, the interviewer asked, ‘What is the fastest thing you know of?’

The first man replied, ‘A THOUGHT.’ It just pops into your head. There’s no warning.

‘That’s very good!’ replied the interviewer. ‘And, now you sir?’, he asked the second man.

‘Hmmm…let me see ‘A blink! It comes and goes and you don’t know that it ever happened. A BLINK is the fastest thing I know of.’

‘Excellent!’ said the interviewer. ‘The blink of an eye, that’s a very popular cliché for speed.’ He then turned to the third man, who was contemplating his reply.

‘Well, out at my dad’s ranch, you step out of the house and on the wall there’s a light switch. When you flip that switch, way out across the pasture the light on the barn comes on in less than an instant. ‘Yep, TURNING ON A LIGHT is the fastest thing I can think of’.

The interviewer was very impressed with the third answer and thought he had found his man. ‘It’s hard to beat the speed of light,’ he said.

Turning to BUBBA, the fourth and final man, the interviewer posed the same question.

Old Bubba replied, ‘After hearing the previous three answers, it’s obvious to me that the fastest thing known is DIARRHEA.’

‘WHAT!?’ said the interviewer, stunned by the response.

‘Oh sure’, said BUBBA. ‘You see, the other day I wasn’t feeling so good, and I ran for the bathroom, but before I could THINK, BLINK, or TURN ON THE LIGHT, I had already s**t my pants.’

BUBBA is now the new greeter at a Wal-Mart near you!