The first Star Wars movie was released back in 1977 and after 35 years it’s still popular, but can you imagine anyone else playing the part of Han Solo other than Harrison Ford?

Back in the seventies many famous actors tried out for the space smuggler who fell in love with Princess Leia, but luckily, the part fell to a carpenter who happened to be in one of George Lucas’ earlier films (American Graffiti) and the rest – as they say – is history! 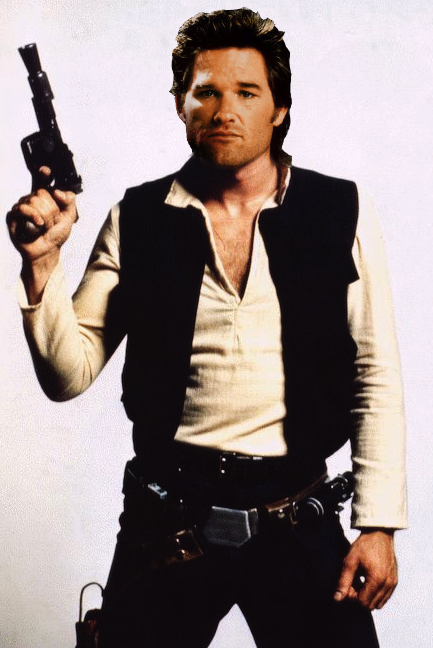 He could have been the Smuggler That Wore Tennis Shoes, but instead he made another little film, in the role of Snake Plissken, called Escape From New York (1981). Not quite the same fan following as Star Wars…but Escape is still a cult classic. Anyway, who would have wanted Han Solo to have all that long hair? While still one of the silver screen’s tough guys, we’re all happy he didn’t make this film. Here’s his audition tape from Episode IV. 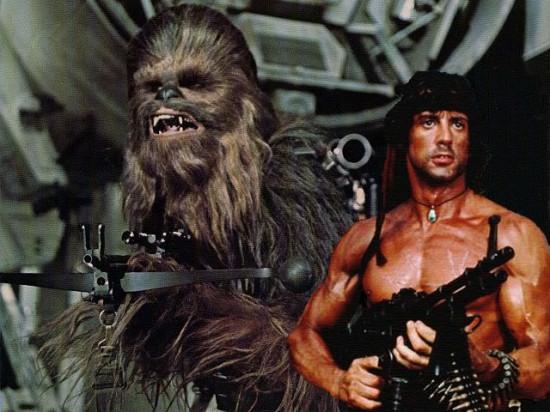 While there is no audition tape I could find for Sly Stallone trying to be Han Solo, this Expendables action star recently admitted that he tried out for the part. This would have been before Rocky had been released, so Sly was still a considerable unknown actor. Stallone was asked by a fan to confirm that he had answered a casting call for the character, and he replied, “Yes as a matter of fact I did and it didn’t meet with much approval since when I stood in front of George Lucas he didn’t look at me once.” He goes on to say that he recognized immediately that he was wrong for the role, saying “Well, obviously I’m not the right type.” Stallone doesn’t seem to have any regrets, though, adding, “[It] all worked out for the best since I don’t look good in spandex holding a ray gun.” 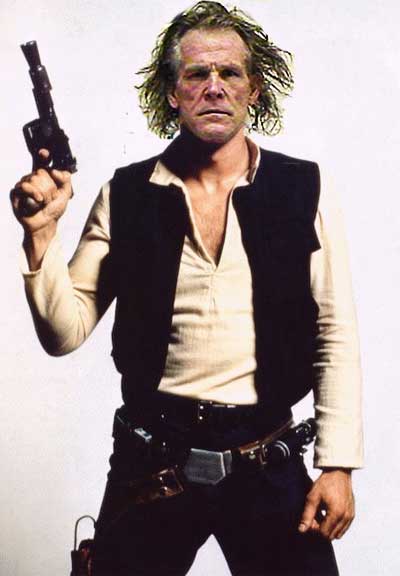 When I first heard that Nick Nolte was up for the part of Han Solo, I thought it was a joke. Actually, when I heard this bit of information, it was: Patton Oswald was the comedian telling the story, but I didn’t realize just how serious he was being. What’s even more amazing is that Nolte, who starred as one half of the Eddie Murphy duo in 48 Hours, also turned down the part for Indiana Jones! Harrison Ford should wake up every morning and thank this guy for his career. 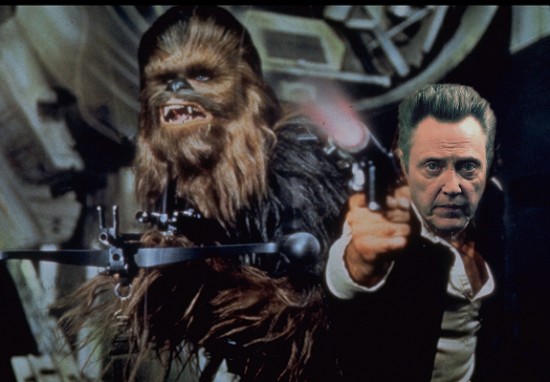 I got a fever and that fever is saying we need MORE POWER, Chewy! Could you imagine a scarier Han Solo than Christopher Walken? However, he also tried out for the part of Han Solo. Actually, I personally think that Walken could add a new dimension to any role. Just imagine him in the part, talking to Obi Wan Kenobi…”The Millennium Falcon made the Kessel Run in twelve parsecs…that fast enough for you, OLD man?” Classic. 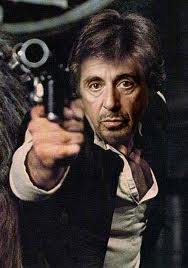 Whoo-Ah! Al Pacino would have changed our whole thought process of what we perceive Han Solo to be. Pacino turned down the role right off, though. He was probably more comfortable in the roles of gangsters and drug lords than he was flying around the galaxy. As far as Pacino is concerned, there is a high possibility that due to the mega success which Star Wars would have garnered, the notorious media shy actor would have retreated to the stage in order to stay away from the prying paparazzi, counting his Star Wars royalty checks while playing Richard III for the hundreth time.

Do you think anyone else could pulled off the part of Han Solo better than Harrison Ford?