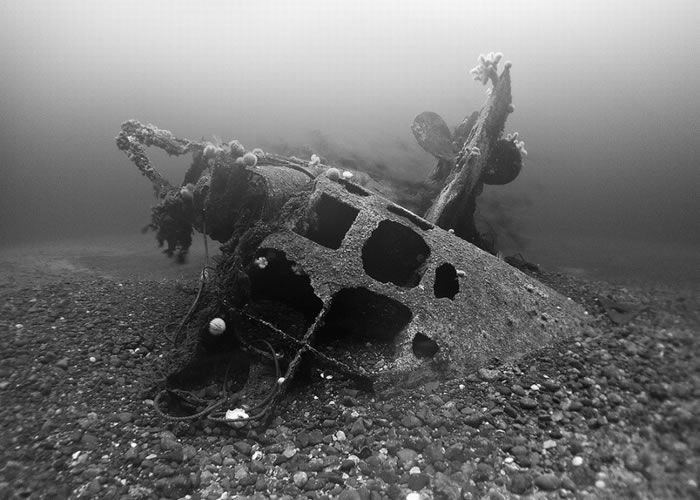 Explorers find 41 WW1 U Boats off the United Kingdom coast.

Archaeologists have found the rusting remains of 44 submarines off the United Kingdom’s coast, an oceanic graveyard made up mostly of vessels from the German Imperial Navy dating to World War I.

Der Spiegel reports a quartet of divers are now at work probing the massive trove of 41 German U-boats, and a trio of English submarines, found at depths of up to 50 feet, off England’s southern and eastern coasts.

Donning an ultrasound sonar device as if it were a wristwatch, underwater archaeologist Mark Dunkley tells the German news magazine he anticipates most of the newly unearthed submarines will eventually be found to contain the perished crews’ remains.

“We owe it to these people to tell their story,” Dunkley reportedly said, adding, “We divers only approach the boats with great caution. Venturing inside would definitely be extremely dangerous.”

Dunkley, who is employed by English Heritage, a public agency bureau within England’s larger Department for Culture, Media and Sport, says action is urgently needed to preserve the remarkable, historic find.

He says he – and his team – plan to utilize robots to pierce the de facto underwater coffins to reap whatever artifacts are inside. “Perhaps we’ll find a cup or a sign with a name on it,” Dunkley told Der Spiegel.

Prior to the find, historians were baffled as to the fate of the boats. For example, according to the magazine, it was unknown what happened to UB 17, under the command of naval Lieutenant Albert Branscheid, with its crew of 21 men. And it was unclear where the 27-member crew of UC 21, used as a minelayer and commanded by naval Lieutenant Werner von Zerboni di Sposetti, had perished.

But now Dunkley and his team have found some answers.

The UB 17 was found off England’s east coast, near the county of Suffolk, and the UC 21 sank nearby.