Today we have a list of 21 weird animals you never knew existed. Even though you might think you’ve seen the world over, but there are still wonders that will surprise you and may even make your eyes pop.

Even if you’re a dedicated animal enthusiast, you can’t honestly expect to know all of the 1,367,555 non-insect animal species, that are identified on the face of Earth today! 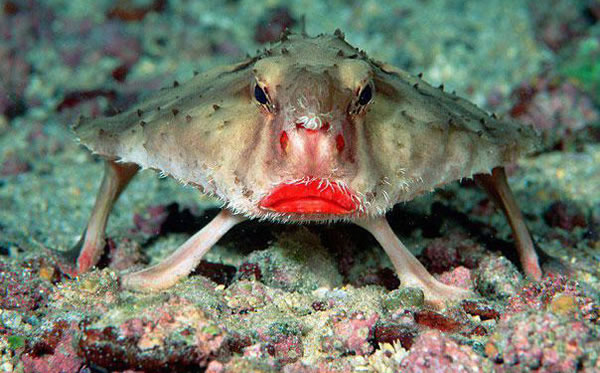 Found on the Galapagos Islands, this fish is actually a pretty bad swimmer, and uses its pectoral fins to walk on the bottom of the ocean. (Image credits: imgur) 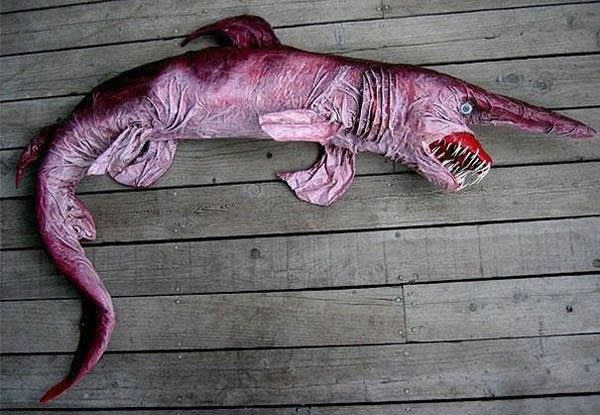 Goblin sharks inhabit around the world at depths greater than 100 m (330 ft), with adults found deeper than juveniles. Given the depths at which it lives, the goblin shark poses no danger to humans. (Image credits: imgur) 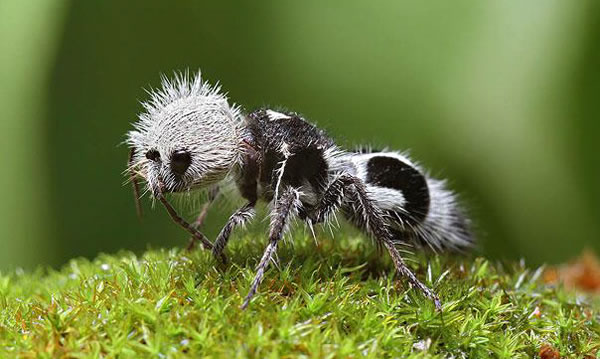 The Mutillidae are a family of more than 3,000 species of wasps (despite the names) whose wingless females resemble large, hairy ants. Found in Chile, they are known for their extremely painful stings, hence the common name cow killer or cow ant. Black and white specimens are sometimes known as panda ants due to their hair coloration resembling that of the Chinese giant panda. (Image credits: Chris Lukhaup) 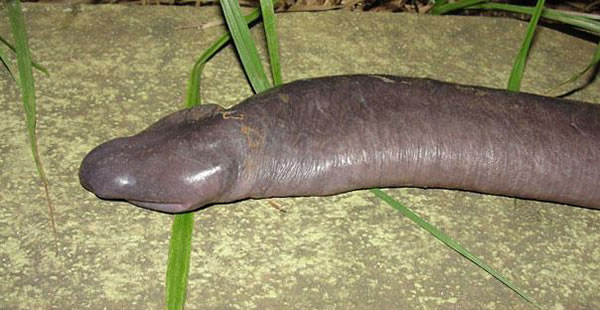 This, uhm… peculiar eyeless animal is actually called Atretochoana eiselti. It is a large, presumably aquatic, caecilian amphibian with a broad, flat head and a fleshy dorsal fin on the body. (Image credits: fotos.noticias.bol.uol.com.br) 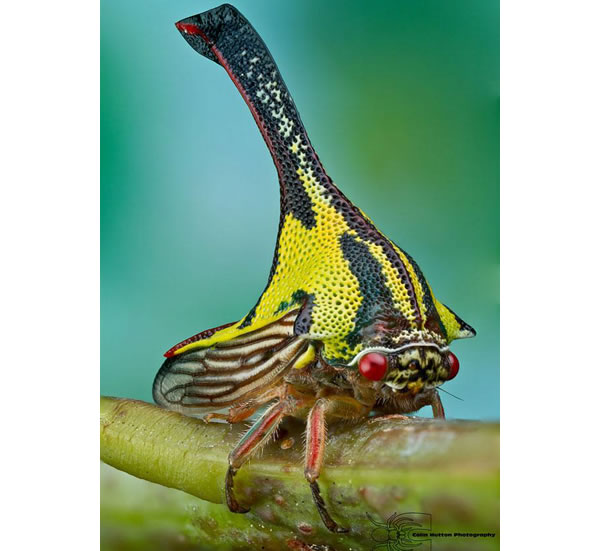 These thorn bugs are related to cicadas, and use their beaks to pierce plant stems to feed upon their sap. Their strange appearance still poses many questions to scientists. (Image credits: Colin Hutton) 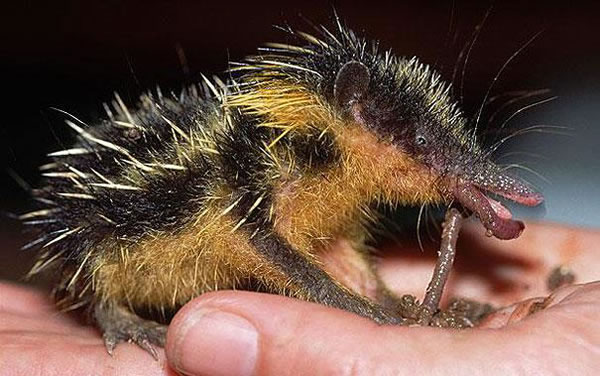 Found in Madagascar, Africa, this small tenrec is the only mammal known to use stridulation for generating sound – something that’s usually associated with snakes and insects. (Image credits: hakoar | telegraph.co.uk) 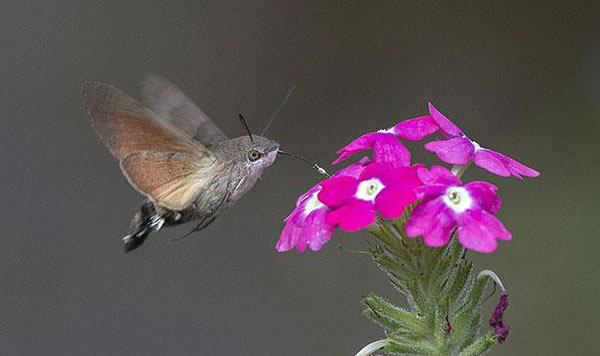 As this hawk-moth feeds on flowers and makes a similar humming sound, it looks a lot like a hummingbird. What’s interesting is that it is surprisingly good at learning colors. (Image credits: Jerzy Strzelecki | unknown) 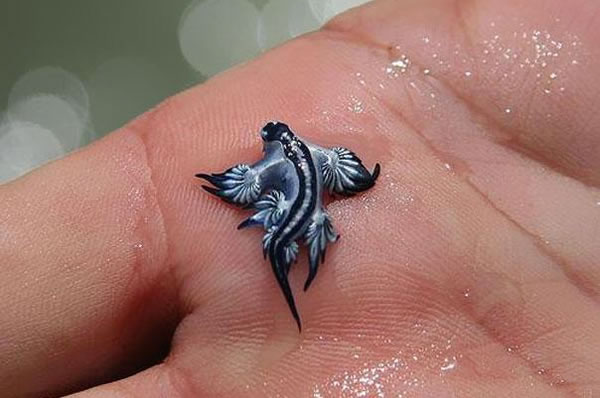 Also known as the blue dragon, this creature is a species of blue sea slug. You can find it in warm waters of the oceans. it normally floats on the surface because of a gas-filled sac in its stomach. (Image credits: unknown | unknown | paulhypnos) 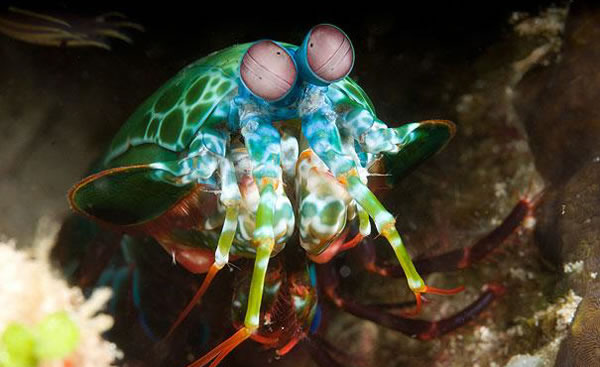 Also called the “sea locusts“, “prawn killers” and even “thumb splitters”, this is one of the most common predators in tropical and sub-tropical waters; little is known about them because of how much time they spend hiding in their burrows. (Image credits: Alexander Safonov) 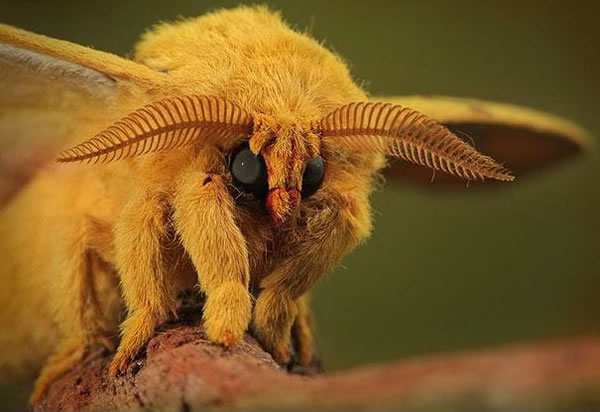 Discovered in Venezuela in 2009, this new species of alien-looking moth is still poorly explored. Waiting for more info about them! (Image credits: Arthur Anker | imgur) 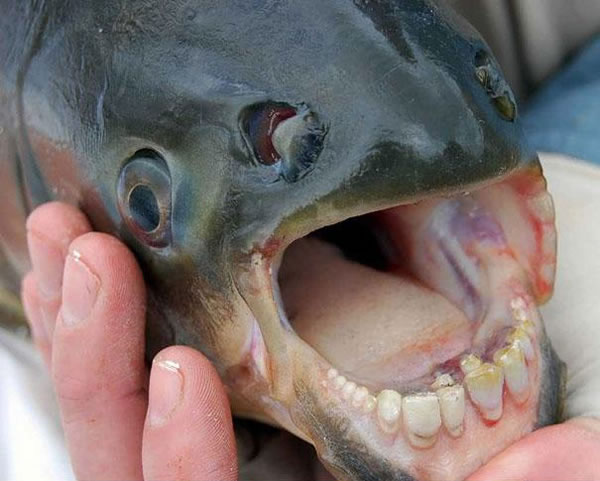 You probably don’t need much explanation as to why the residents of Papua New Guinea call this fish a “ball cutter.” The local fishermen were really worried about the safety of their testicles when they had to get in the water! (Image credits: imgur | evolvingcomplexityii) 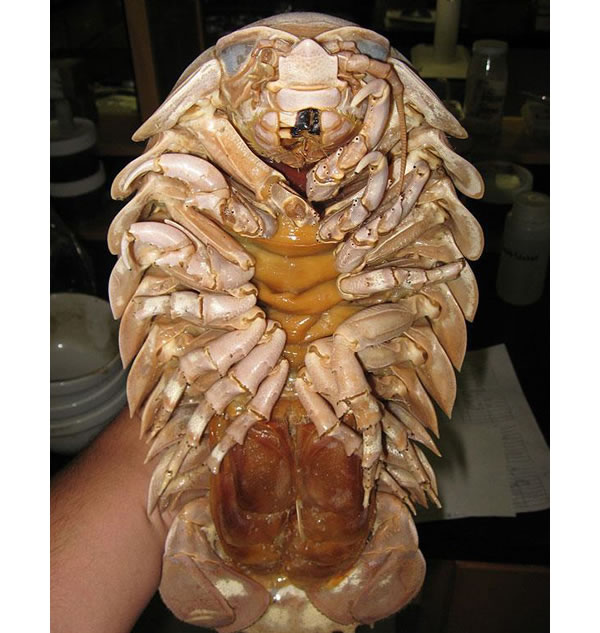 This one is the largest of the existing isopods. “The enormous size of the giant isopod is a result of a phenomenon known as deep sea gigantism. This is the tendency of deep sea crustaceans and other animals to grow to a much larger size than similar species in shallower waters.” (Image credits: Littoraria) 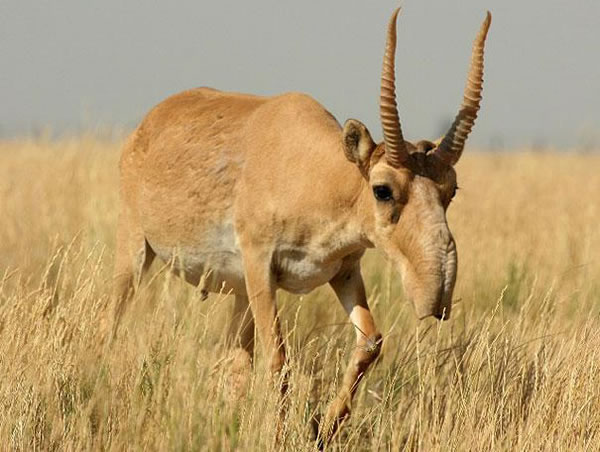 This saiga, spread around the Eurasian steppe, is known for its an extremely unusual, over-sized, flexible nose structure, the proboscis. (Image credits: enews.fergananews.com) 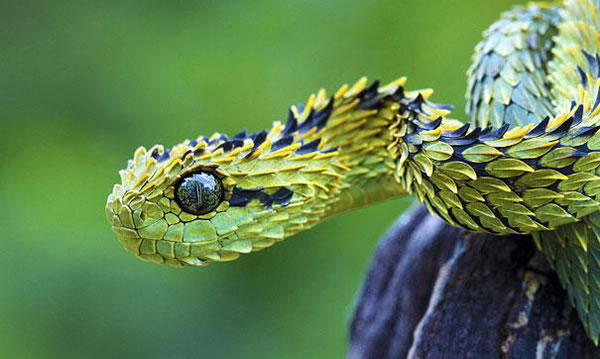 Being a carnivore predator, the Bush Viper lives up in the trees of the tropical forests of Africa, and does most of its hunting at night. (Image credits: thegeneralmonk) 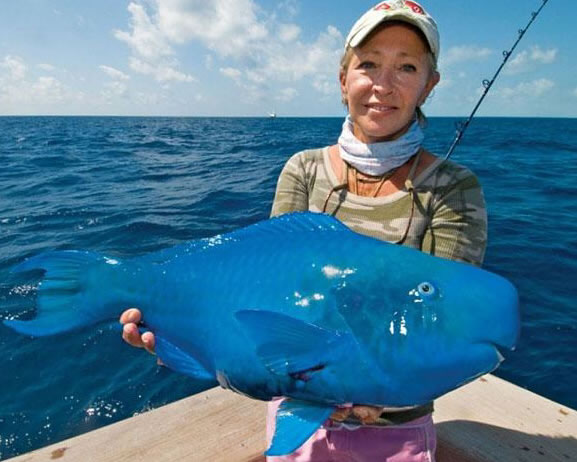 This bright blue fish can be found in the waters of the Atlantic Ocean, and spends 80% of its time searching for food. (Image credits: imgur | depalmadise) 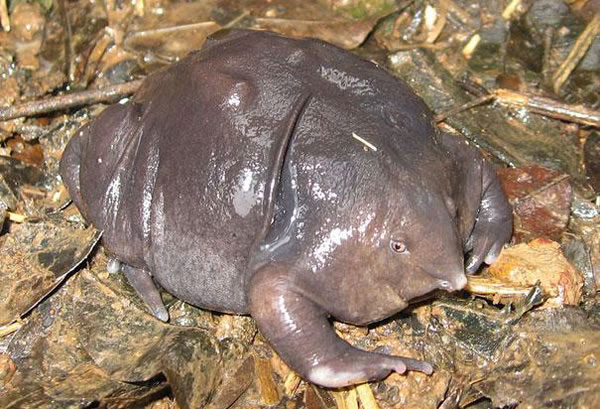 Found in India, this species of frog have a bloated body and an unusually pointy snout; it only spends two weeks a year on the surface of earth, leaving the underground for mating. (Image credits: wikipedia.org) 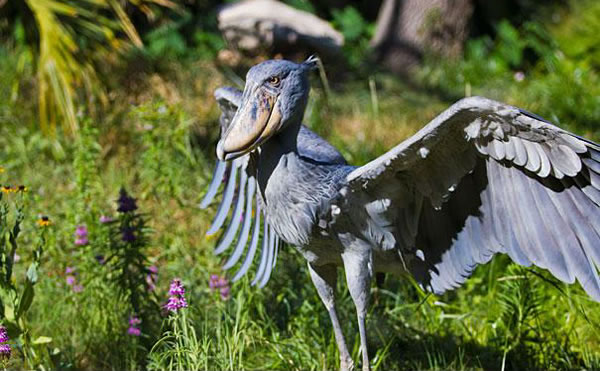 This large stork-like bird gets its name because of the shape of its beak. Even though it was already known to ancient Egyptians and Arabs, the bird was only classified in the 19th century. (Image credits: David Li | shoebill.info) 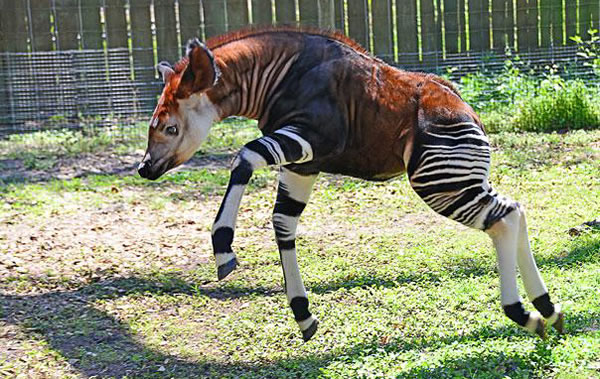 This mammal is native to the Democratic Republic of the Congo in Central Africa. Despite the zebra-like stripes, it is actually more closely related to giraffes. (Image credits: marylandzoo.org | baynews9.com) 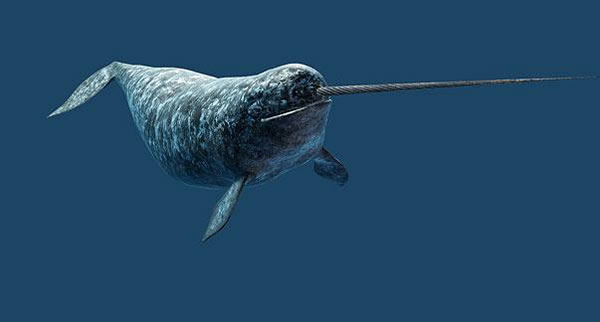 This toothed whale, found in the arctic, has been valued for over 1000 years by the Inuit people for its meat and ivory. The narwhal, however, is especially sensitive to the climate change. (Image credits: gowild.wwf.org.uk | Richard Thomas) 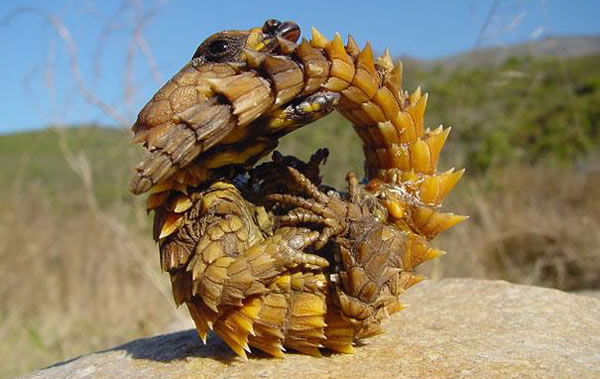 Colored in camouflaging shades of desert browns, this lizard has a “false” head, which he presents to his predators by dipping the real one. (Image credits: imgur | Christopher Watson) 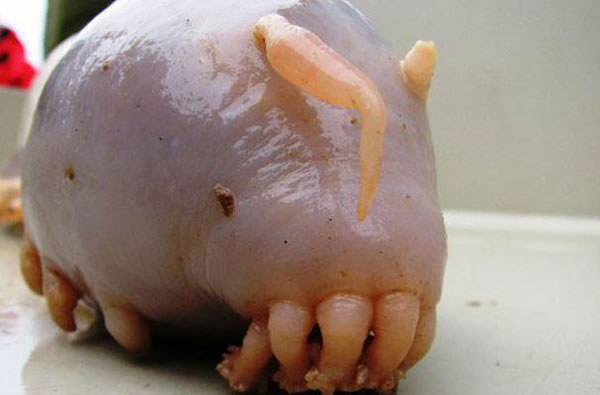 Scotoplanes live on deep ocean bottoms, specifically on the abyssal plain in the Atlantic, Pacific and Indian Ocean, typically at depths of over 1000 meters. They are deposit feeders, and obtain food by extracting organic particles from deep-sea mud. (Image credits: imgur | thedailygreen.com | realcoldfish)