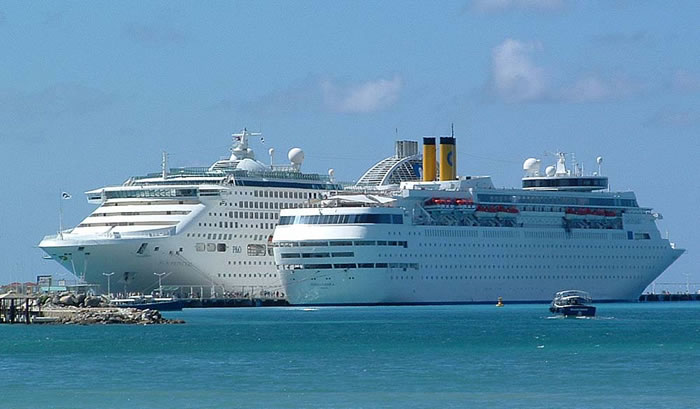 Cruise ships today are more like floating cities than hotels and it has become a multibillion-dollar industry with the most luxurious ships having their own theaters, casinos, restaurants, and every other conceivable amenity. While a cruise around the Caribbean is many people’s idea of paradise, cruise liners are not without controversy, so check out our list of 10 interesting facts about cruise ships to discover a few things you probably never knew about these magnificent ships. 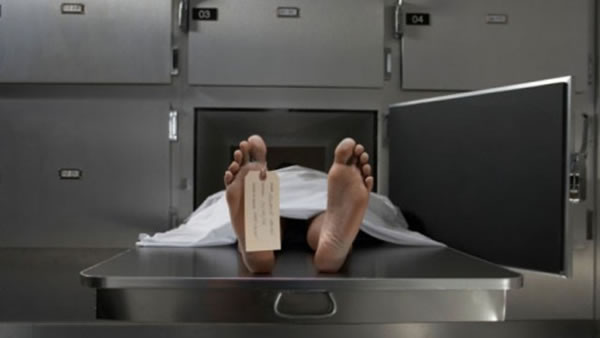 The average cruise ship passenger is middle-aged, and the longer the cruise, the older the median age of its passengers. Cruises lasting longer than a week generally attract senior citizens, who aren’t forced home by employment obligations. Unfortunately, when carrying a payload of thousands of elderly people each week, the inevitable happens.

Like every other possible contingency, the ship’s personnel have clear policies on how to handle deaths. Typically, a ship’s morgue will have the capacity for one to three bodies. Depending on the line, the body may be transported back to the point of embarkation, or it may be taken off the ship at the next port of call. This can be tricky depending on where the ship docks, as cruise destinations are often third-world countries with small areas carved out for tourists, and regulations are different in each nation.

[SEE ALSO – The Biggest Ship In The World] 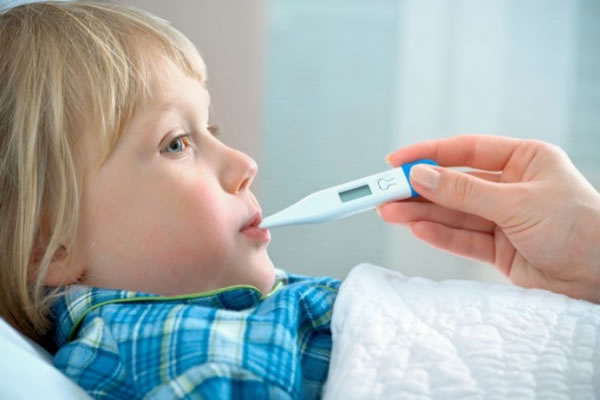 Any time large groups of people congregate in a relatively small space, there’s always the possibility of disease. On cruise ships, the most common afflictions are food ailments like E. coli. Legionnaire’s disease, a bacterial infection spread by stagnant water, is occasionally reported.

In 2013, norovirus (a highly contagious infection most commonly known as a “stomach bug”) swept through at least two different cruise ships, one operated by Royal Caribbean and the other by Princess Cruises, resulting in hundreds of people sick with vomiting and diarrhea. Some passengers were even forced into quarantine. 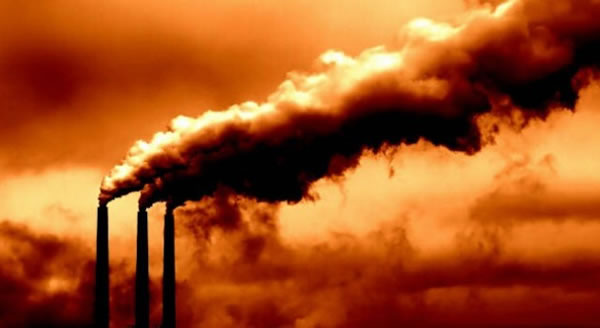 Cruise ships produce an enormous amount of pollution. Their engines require immense amounts of fuel to move; the famous QE II required nearly 400 liters (about 100 gallons) of fuel to move a single mile and went through 433 tons of fuel a day.

As if scarring the atmosphere wasn’t bad enough, according to the Environmental Protection Agency, a cruise ship carrying 3,000 passengers generates approximately 800,000 liters (210,000 gallons) of raw sewage throughout the course of a week. And if you think that it is carefully stored and treated, you’re kidding yourself.

Next time you find yourself dreaming of basking in crystal clear Caribbean waters, consider this: For the most part, ships are able to dump their raw sewage directly into the ocean, provided they are more than about five kilometers (three miles) from shore. 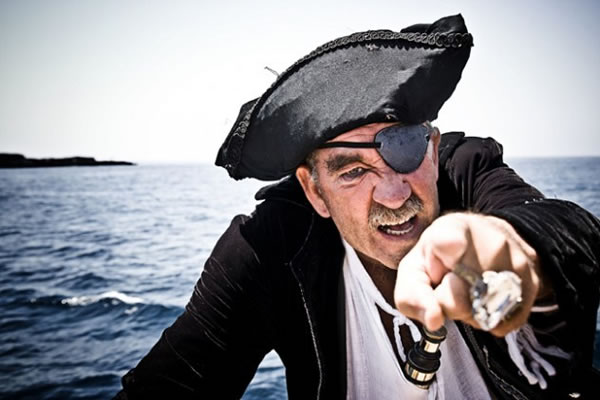 Cruise ships are attractive targets for pirates, hundreds of unarmed tourists carrying cash and valuables just ripe for the picking. In the Indian Ocean off the coast of Somalia, this is a very real concern.

After seizing whatever goods they desire, the pirates often ransom the passengers and ships back, and the results can be deadly. While the ships are not equipped with an arsenal to battle the assault rifles and rocket-propelled grenades carried by pirates, they aren’t helpless. They’re equipped with high-pressure water hoses and long-range acoustic devices called “sonic cannons.” These devices fire a concentrated beam of sound that can permanently affect hearing from over 275 meters (900 ft) away.

5. Retiring On A Cruise Ship 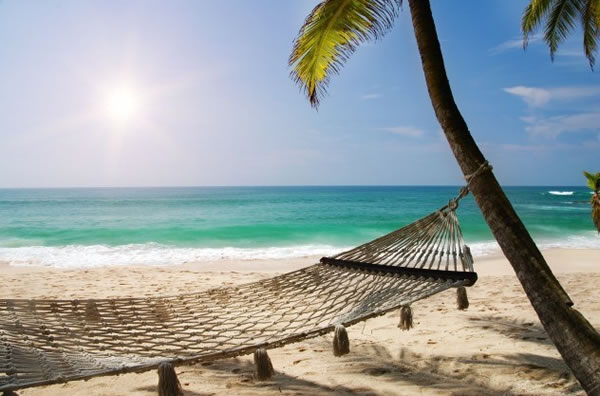 With the baby boomers scheduled to retire en masse within the next decade, institutions such as Social Security will be stretched to the breaking point. Those who might be required to move into assisted living facilities had better come to the table with deep pockets: Such homes can cost well over $100,000 a year.

Some elderly people have found a delightful alternative is becoming permanent or semi-permanent residents on cruise ships. The cost is comparable, but in many ways, the amenities are superior. Linens are changed daily, the food is sumptuous and plentiful, there is a host of activities, 24/7 medical care is readily available, and of course, there are constant visits to paradise locations.

There are drawbacks, such as a lack of permanent friendship and proximity to family, but those can be carefully weighed while enjoying a cocktail on deck. 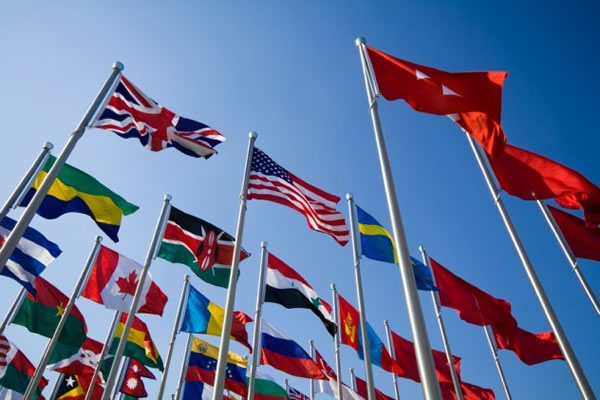 If you pay careful attention during commercials for cruises, you might notice that the ships are registered in countries like Panama and Liberia, flying “flags of convenience.” This is not a practice limited to cruise ships: Most merchant vessels around the world share similar questionable registries. And the reasons for this are often shady. Countries like Liberia boast few environmental or human rights regulations. This allows companies to dodge taxes and operate at levels of pollution that would never be allowed in Western nations.

Perhaps the most “convenient” part of this arrangement for the cruise lines is the ability to recruit workers for the equivalent of slave wages. Often, employees are recruited from impoverished nations in Asia, Central America, and Eastern Europe and forced into yearlong engagements, some making $50 per month for 80-hour work weeks.

Worse still, these employees are often hired by agents, who charge their own fees, and the ships themselves can charge for uniforms and similar expenses, turning people into indentured servants until they can pay off their debt.

Owned by Royal Caribbean International, the world’s largest cruise ships are the sister ships MS Oasis of the Seas and MS Allure of the Seas (which is technically the longest—just inches longer than Oasis). The specifications of these vessels are simply mind-boggling: Nearly four football fields long and 16 decks high, the ships can carry over 6,000 passengers.

By way of comparison, they are more than 90 meters (300 ft) longer than the Titanic and more than four times heavier. Allure has 22 restaurants of varying themes, shows worthy of any Vegas casino, and its own replica of Manhattan’s Central Park. Royal Caribbean is currently building a third ship of equal size to be unveiled in 2016. 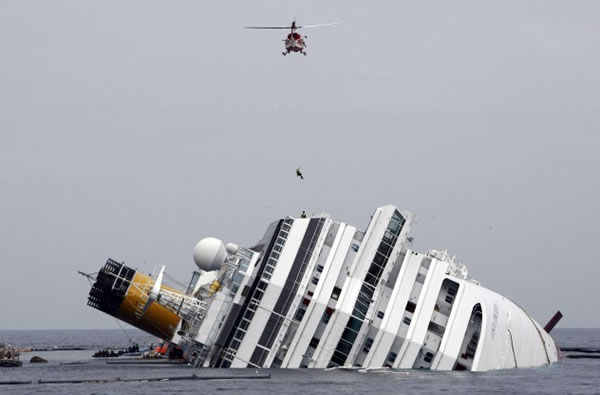 In 2012, the Costa Concordia, an Italian vessel, struck a rock in the Tyrrhenian Sea off the west coast of Italy and gouged a hole in its hull. The ship, which carried over 4,000 passengers and crew members, floundered as its engine room flooded, eventually coming to rest on its starboard side in shallow water. It would take over six hours to complete the rescue mission, and when it was all over, 30 bodies had been found and two people were missing. There were dozens of injuries, from paralysis to dismemberment.

In the ensuing investigation, it was discovered that many policies had been violated. It emerged that the (married) Captain Francesco Schettino was showing off his navigational prowess to a Moldovan dancer named Domnica Cemortan when the incident occurred.

The maritime principle that the captain goes down with the ship was woefully forsaken; Schettino abandoned ship long before all of his passengers were safe. In July 2013, five crew members were convicted on manslaughter charges relating to the accident. As of this writing, Francesco Schettino’s ultimate fate has yet to be determined, but he could potentially spend 20 years behind bars. 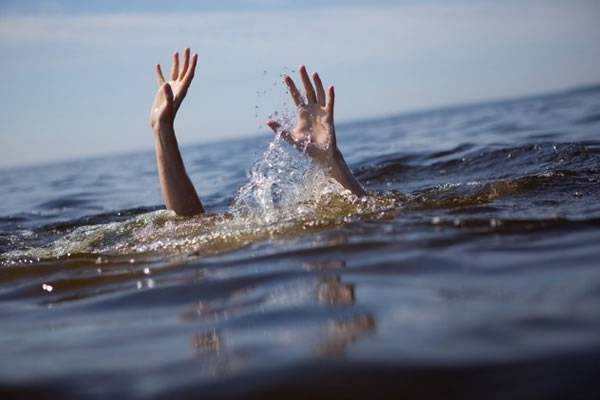 In February 2013, the Carnival Triumph, a massive cruise ship bound for Mexico, suffered a fire in its engine room. It was extinguished without death or injury, but the ship lost power and was stranded in the Gulf of Mexico. Tugboats were dispatched to tow the ship back to the US, but it was a grueling, five-day process. Meanwhile, conditions on the ship quickly devolved as supplies dwindled, with people waiting in line for hours just to get food.

The toilets backed up, spilling raw sewage into rooms and hallways, and people were forced to sleep on the deck to escape the stench and the stifling heat. While the passengers were compensated for the inconvenience, the incident badly damaged Carnival’s reputation.

Shockingly enough, the Triumph wasn’t finished wreaking havoc. Two months after the crippled ship was docked in Mobile, Alabama, it was hit by a storm and broke free, knocking a dock worker into the water. The man was later found dead.

[BONUS – 15 Pictures Of Shipwrecks Around The World] 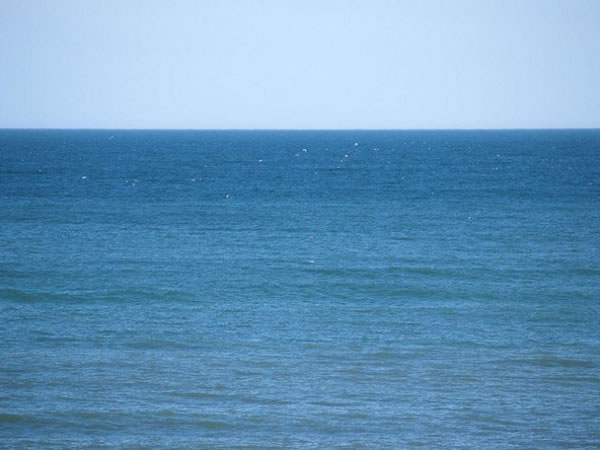 While a sinking is doubtlessly tragic, the idea of people disappearing from cruise ships is truly chilling. It happens with startling regularity, with about 200 incidents since 2000. Often, the missing person is not reported until after luggage goes unclaimed, making the chances of finding them dismal at best.

Some incidents of people falling overboard appear to be suicides, like the case of Kristen Schroder and her boyfriend Paul Rossington in May 2013 off the cost of Australia. The couple had been seen arguing, and security footage shows Schroder jumping into the ocean, with Rossington following moments after, presumably to save her from her self-destructive act.

Other cases are accidents, fueled by overindulgence at the cocktail lounge. But most frightening are those who apparently succumbed to foul play, like 26-year-old honeymooner George Walker, who left behind only his blood when he plunged over the side of the Brilliance of the Seas on July 5, 2005.

Do you know any other interesting facts about cruise ships? If so share them with us in the comments below.