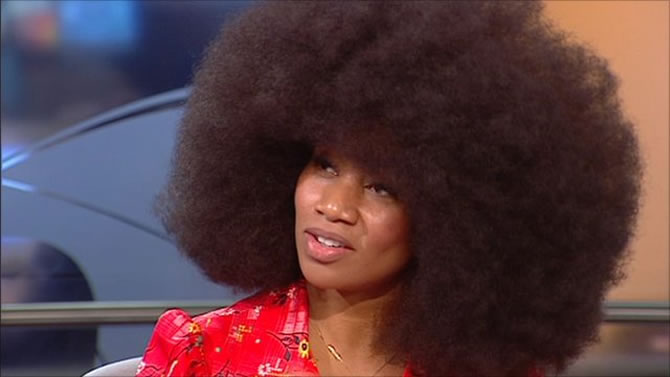 Meet Aevin Dugas, a 38 year old social worker from Louisiana who holds the current world record for having the largest afro hair and after 12 years it has become so big she struggles to see from underneath it.

Aevin now has a place in the Guinness Record for her largest natural afro hairstyle in the world. It has a circumference of 4 feet 4 inches (1.32 m) and has taken over 14 years to grow to its current proportions. Although Aevin is really proud of it, she admits sometimes it can be pretty problematic. 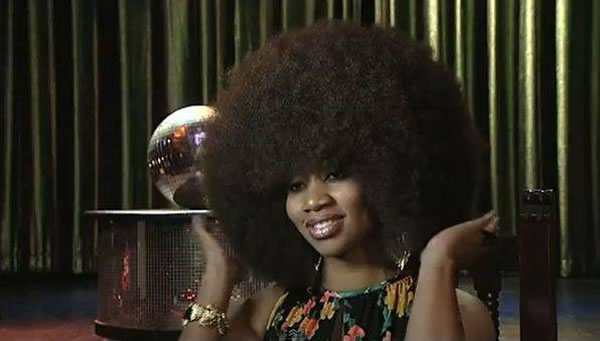 At one point in her life, Aevin Dugas used all kinds of tricks to straighten her curly hair, until she realized that wasn’t what she really wanted.

“As a woman you’re told that straight hair is beautiful hair. This is crazy,” she says “The afro is my natural hairstyle and there can’t be anything more beautiful than that”.

14 years ago, inspired by an old photo of her mother sporting an afro, she traded in her straight tresses for a big round hairdo and never looked back. Her hair just kept growing, and in 2010 she set a new world record for the world’s largest afro hair, becoming an inspiration for black women to ditch relaxers and go natural.

As you can expect, Aevin’s hair draws attention wherever she goes, and while most people just ask her if it’s real, some can not resist touching it to see for themselves.