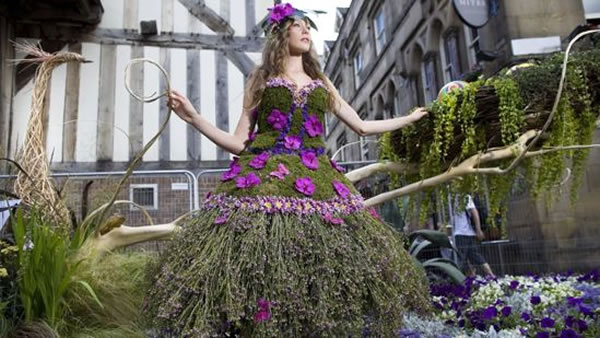 Lisa Dickinson from England has created an amazing dress made from flowers. The dress took over a week to create and was worn by Boss Model Eleanor Davies during the opening of this year’s Dig the City festival.

Lisa is the owner of Manchester florist Venus Flowers, and her team of four florists helped in creating this magnificent dress made entirely of flowers.

We’ve featured a variety of unique garments in the past, from the prom dress made of homework to the fur coat made of chest hair, but few of them were as lovely as the flower dress created by Lisa Dickinson. When the organizers of Dig the City, Manchester’s urban gardening festival, asked her to create the unique garment, Lisa admits she felt the task daunting, but once she started planning it became fun.

“The challenge was to keep the dress looking fresh for as long as possible, the trick to making the dress endure was to use flowers that wouldn’t wither and die after a few hours, so I made the full skirt of the dress out of wax flowers—which is a really tough shrub—but with delicate sprays of flower heads,” the talented florist explains.

“I must admit, when we got the brief to make the dress I was a little daunted about how to put it all together—but once we got started on the planning it was really liberating and hugely fun. It really stretching the boundaries of floristry, and it is thrilling to think creatively. You see the potential of flowers in another light,” Dickinson says. “Dig the City is such a great event for Manchester, the whole city; residents, businesses and shops should flower up – a greener city is something we can all get behind.”

Dig the City is a large-scale nine-day festival featuring talks by celebrity TV gardeners Monty Don, Rachel De Thame, and Matt James, attractions such as an artisan food market, art installations by US artist Jason Hackenwerth and craft and horticultural markets. It’s designed as an urban twist on the traditional country fete. 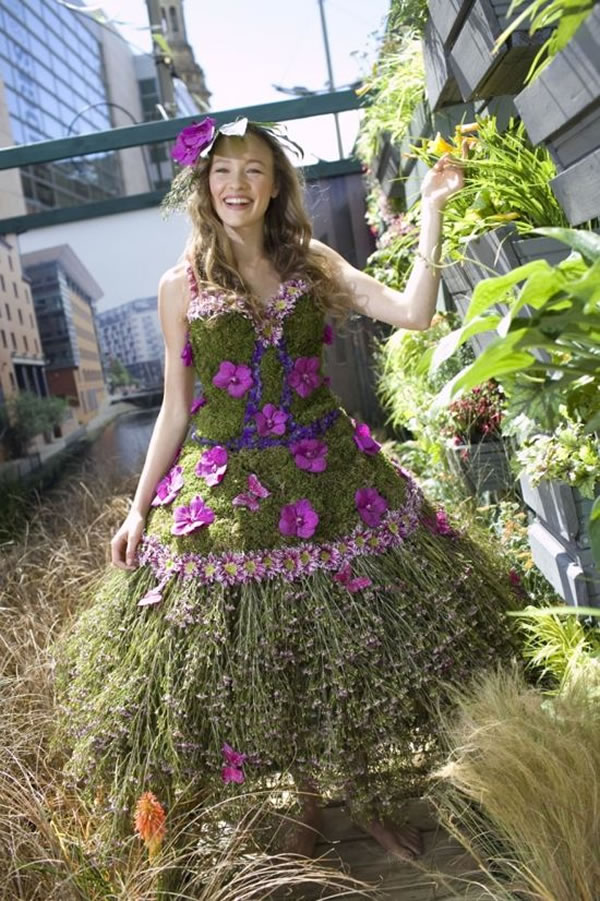