Now here is something you probably have never seen before, it’s a hammerhead worm. This slimy creature feeds on other worms and looks like something from another planet. Read on to discover wildlife animal facts about the bizarre Hammerhead worm.

Some people just don’t like worms despite the fact that their usefulness to humanity is long established and recorded. Worms aerate the soil, break down organic matter and even excrete fantastic fertilizer. Yet still they are hated: if accidentally picked up they are flung away with Olympian exuberance, often with ear-shattering shrieks as accompaniment. What, then, would those haters make of this, the bizarre hammerhead worm?

For those who are screaming at the site of such a bizarre creature, perhaps you should be reading one of our articles about kittens instead, for everybody else, lets discover more wildlife animal facts about this creature.

Strictly speaking, the hammerhead is a flatworm. They come in many species not to mention shapes and sizes but all have one thing in common – they are immensely predatory (but more of that later). They belong to a family called the Geoplanidae which are commonly known as land planarians. 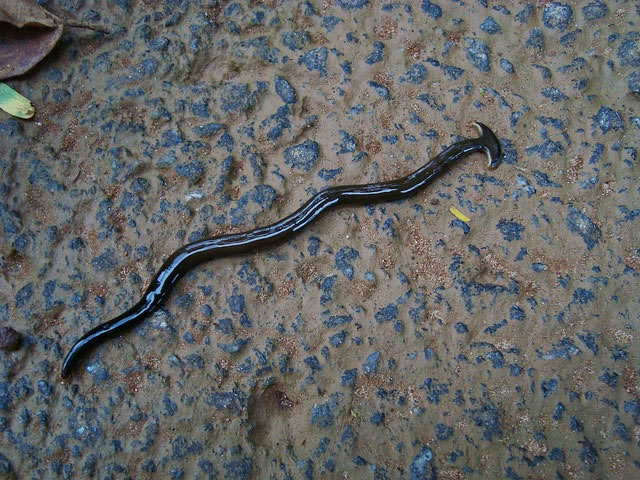 They constitute an understudied but significant group of organisms of soil ecologies. No need to guess where their common name, hammerheads, (sometimes broadheads) came from, however. They are found in Asia, Australasia and also Europe and the Americas (where a number of species are considered invasive).

Before we move on to the hunt, how does the hammerhead reproduce? Some species will reproduce sexually (see above) and go on to lay eggs which hatch in around three weeks. Others will fragment at their back (posterior) end. When the hammerhead is ready to do this, the posterior will attach itself to the ground and the rest of the flatworm pulls itself away, tearing itself in two (albeit one small piece and one much longer). This fragment can move straight away even though its new head will not begin to develop for another week. Each hammerhead will undergo this form of asexual reproduction a couple of times a month.

Now, on to the pursuit of food. The hammerhead worms actually track their prey which consists of earthworms mainly but they will include snails, slugs and insects in their diet. Most of these react with force to the attack of a hammerhead – who wants to get eaten after all? However, the hammerhead has ways to ensure that its next meal does not escape its ‘clutches’. Before the hapless worm can escape it will attach itself to it by using its muscles as well as gluey secretions which make escape nigh on impossible. 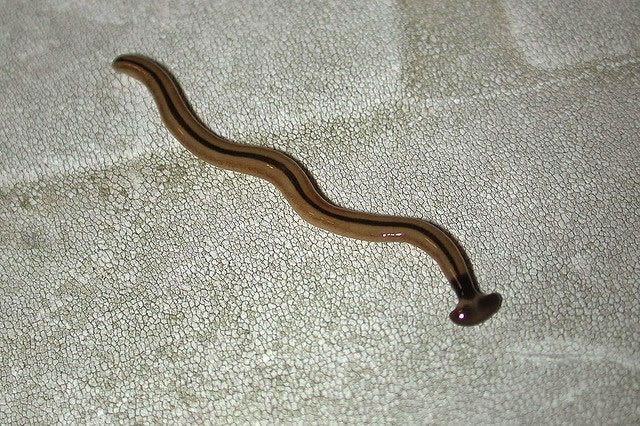 If you are of a sensitive disposition you may have already finished reading and headed off to one of our cuter articles (try this one about kittens). However, if you are still with us then ‘screw your courage to the sticking-place’ as Lady Macbeth said.

The hammerhead first covers prostomium of its victim (that is is the first segment in a worm’s body at the front end) which is effectively to stop it from struggling and give up the ghost. Then it opens its mouth which is in the middle of its body. 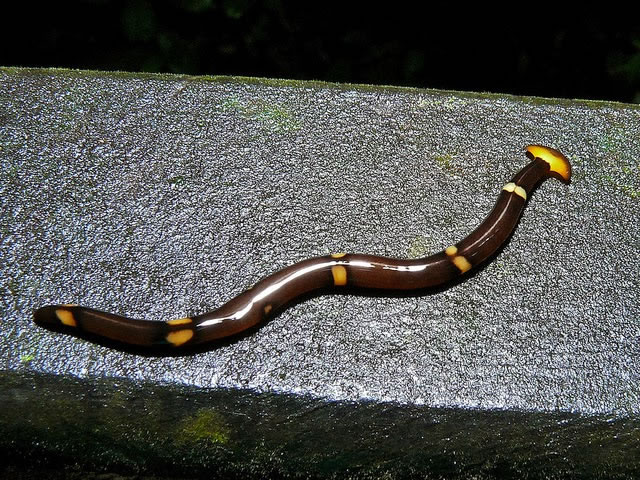 From the mouth it then extends its pharynx (the membrane-lined cavity normally situated behind the mouth) and attaches it to the worm. Next comes the enzymes, secreted from the pharynx and digestion begins. No to put too fine a point on it but yes – digestion begins on the outside…

The enzymes are powerful and soon all that is left of the unlucky earthworm is liquid mush. This is then sucked in to the gut of the hammerhead which moves on, leaving little behind. When the digestion process is complete, it excretes waste from the same portal. It isn’t necessarily a pleasant process for us to contemplate, of course, but spare a thought for the earthworm. 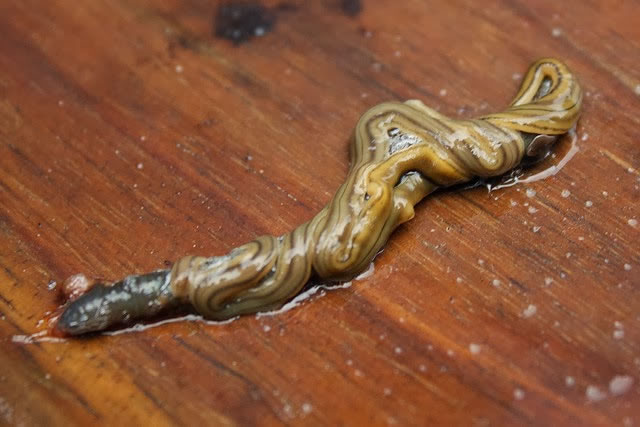 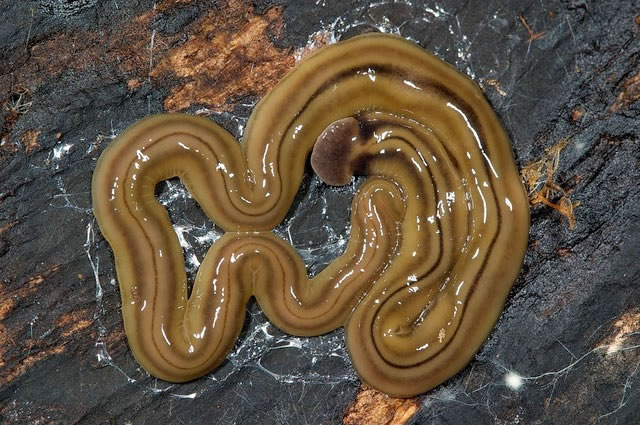 Original Article – The Ark In Space