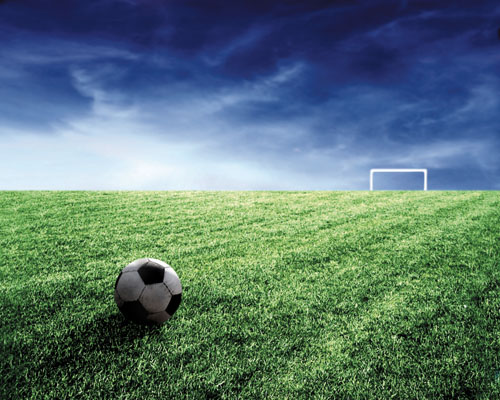 Ever wondered why Americans call the game football soccer while the rest of the world call it football? Apparently it was a British guy that invented the word soccer and it was also one of the first names of what we now primarily know of as Football.

In fact, in the early days of the sport among the upper echelons of British society, the proper term for the sport was “Soccer”. Not only that, but the sport being referred to as “Soccer” preceded the first recorded instance of it being called by the singular word “Football” by about 18 years. This happening when it became more popular with the middle and lower class. When that happened, the term “Football” gradually began dominating over “Soccer” and the then official name “Association Football”.

In the 1860s, as in most of history with records as far back as 1004 B.C., there were quite a lot of “football” sports in existence being played popularly throughout the world and of course, England. Many of these sports had similar rules and eventually, on October 26th, 1863, a group of teams in England decided to get together and create a standard set of rules which would be used at all their matches. They formed the rules for “Association Football”, with the “Association” distinguishing it from the many other types of football sports in existence in England, such as “Rugby Football”.

Now British school boys of the day liked to nickname everything, which is still somewhat common. They also liked to add the ending “er” to these nicknames. Thus Rugby was, at that time, popularly called “Rugger”. Association Football was then much better known as “Assoccer”, which quickly just became “Soccer” and sometimes “Soccer Football”.

The inventor of the nickname is said to be Charles Wredford Brown, who was an Oxford student around the time of Association Football’s inception. Legend has it, in 1863 shortly after the creation of Association Football, Wredford-Brown had some friends who asked him if he’d come play a game of “Rugger”, to which he replied he preferred “Soccer”. The name caught on from there.

In the beginning, the newly standardized Rugby and Soccer were football sports for “gentlemen”, primarily being played by the upper echelons of society. However, these two forms of football gradually spread to the masses, particularly Soccer as Rugby didn’t really catch on too well with the lower classes. This resulted in the name switching from “Soccer” and “Association Football”, to just “Football”; with the first documented case of the sport being called by the singular term “Football” coming in 1881, 18 years after it was first called simply “Soccer” or officially “Association Football”.

This game then gradually spread throughout the world under the lower class name of “Football”, rather than “Soccer” as the “gentlemen” called it. The problem was though, that a lot of other countries of the world already had popular sports of their own they called “Football”, such as the United States, Canada, Ireland, Australia, New Zealand, and South Africa, to name a few. In these countries, the name “Soccer” was and, in some, still is preferred for this reason.

Source: Today I found out