Ever Wondered What the Inside Of A Bullet Looks Like 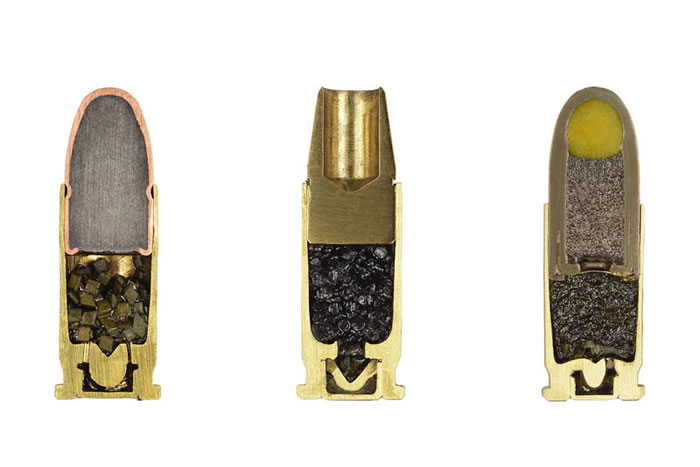 Austrian photographer, Sabine Pearlman has a new project titled Amo which is sweeping across the Net. Her creative photos show what the inside of a bullet looks like.

“This series of ammunition cross-sections was photographed inside a WWII bunker in Switzerland in October of 2012. The entire series consists of 900 specimen. I was originally intrigued by the ambiguous nature of the subject matter.

The cross-sections reveal a hidden complexity and beauty of form, which stands in vast contrast to the destructive purpose of the object. It’s a representation of the evil and the beautiful, a reflection of the human condition.”

SEE ALSO – 10 Crazy Weapons That Were Actually Used In Combat

Pearlman says the ammunition was cut by a munitions specialist, who created a technique to defuse the rounds and cut them in half.

To see more from Pearlman, check out her portfolio on her website.