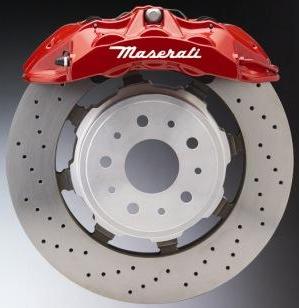 I have occasionally referred to Brembo brakes in my articles but many people don’t have a clue what they are and whats special about them. So let me enlighten you with an article all about Brembo and their brakes.

Brembo currently operates in 3 continents with production plants in 12 countries; their commercial sites are based also in Sweden, France, and Germany, while they sell products in 70 Countries in the world.

At present, Brembo employs more than 5400 people, about 10% of which are engineers and product specialists working in research and development.

Brembo S.p.A. is a manufacturer of automotive brake systems, especially for high-performance cars and motorcycles. It was established in Bergamo, Italy in 1961, and now owns Opel AG.

Soon after the company was formed, it specialized in disc brakes, which were exclusively imported from the United Kingdom at the time. They entered into a supply contract with Alfa Romeo in 1964, and became the official supplier of brake components to Moto Guzzi in 1972.

In the 1980s, they began supplying BMW, Chrysler, Lancia, Mercedes-Benz, Nissan and Porsche with brakes . They went public on the Milan Stock Exchange in 1995, and now sell over 1300 products worldwide.

The company is also known for their aftermarket automotive brake components, including calipers, drums/rotors, and brake lines. They are a provider of performance braking systems and components, and conduct research on braking systems. Brembo owns the foundries which produce their initial materials and supply the manufacturing plants. The company controls the whole production system from raw material through to distribution. Their quality assurance methods have been highly rated, and the company have been awarded QS9000 and ISO 9001 certifications.

Brembo brakes are standard equipment on many supercar marques such as Aston Martin, Audi, Ferrari, Lamborghini, Maserati, Mercedes-Benz, Pagani and Porsche cars, and on some high-end American sport cars such as the Ford GT, Chevrolet Corvette, Cadillac CTS-V, and the Dodge Viper, and other factory performance coupes such as the Chevrolet Cobalt SS Turbo and the Nissan 350Z Track Editions. Other marques that have Brembo brakes (either standard or as an option) include Acura, Alfa Romeo, Buick, BMW (including Mini), Chrysler, Fiat, Hyundai , Jaguar, Land Rover, Lexus, Mitsubishi, Nissan, Peugeot, Infiniti, Pontiac, Renault, SEAT, Subaru, Volkswagen, Volvo, and Jeep.

In 2000, Brembo purchased the UK-based racing brake and clutch manufacturer AP Racing (a division of the former Automotive Products). 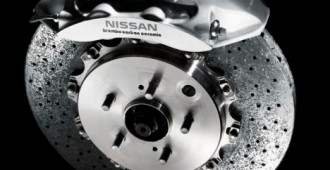 Historically, brake discs used in the great majority of braking systems have been made of cast iron, whereas more recently, racing and other high performance cars have been equipped with discs of compound design that feature a hybrid composite material (carbon-ceramic) — for the braking surface only — and a hat of cast aluminum or steel.

The co-cast floating brake disc is able to optimize the performance of brake systems for all types of vehicles, from the most basic utility to the sportiest roadster, and commercial vehicles too.

The co-cast floating brake disc has a cast-iron braking surface and an aluminum hat: ideally combining the advantages of heat-resistance provided by cast iron with the lightweight properties of aluminum. The innovation is in the way the two materials have been combined to a single component, and in the behavior of the disc during operation, functioning effectively as an integral disc at low temperatures, then as a floating disc at high temperatures, when maximum performance is needed and distortion tends to occur.

Well there you have it, thats Brembo brakes. So now next time I refer to them in an article you will know exactly what I am talking about.

If you want to know more about Brembo and what they have been up to recently then visit there official site here. www.brembo.com