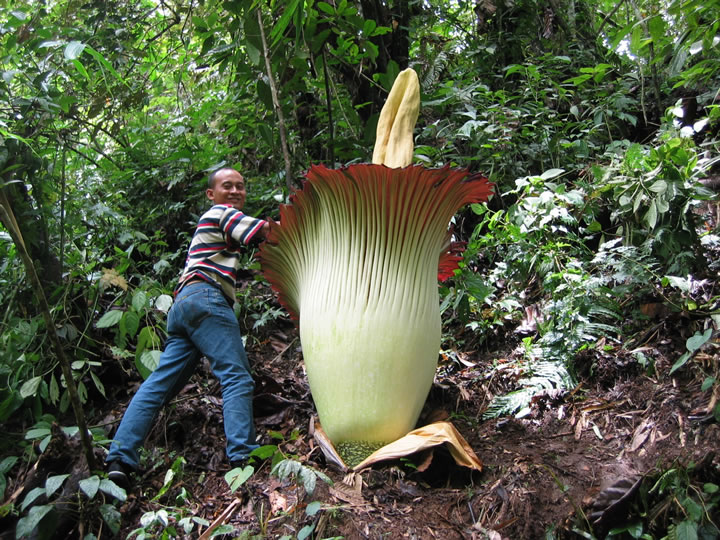 Visit Indonesia and get an opportunity to see the world biggest flower. Towering above all others in its beautiful and natural rain forest surroundings! 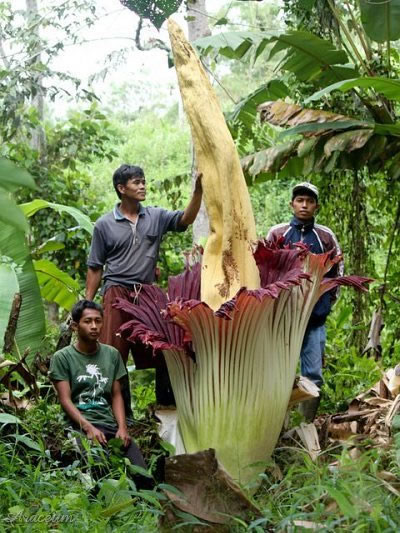 This totally incredible gigantic flower looks like something from another planet. Maybe from a world similar to that portrayed in the movie Avatar. This flower only grows naturally in the rain forests of western Sumatra, Indonesia. But collectors from around the world have also grown the flower which makes an incredible show piece for any botanical display. 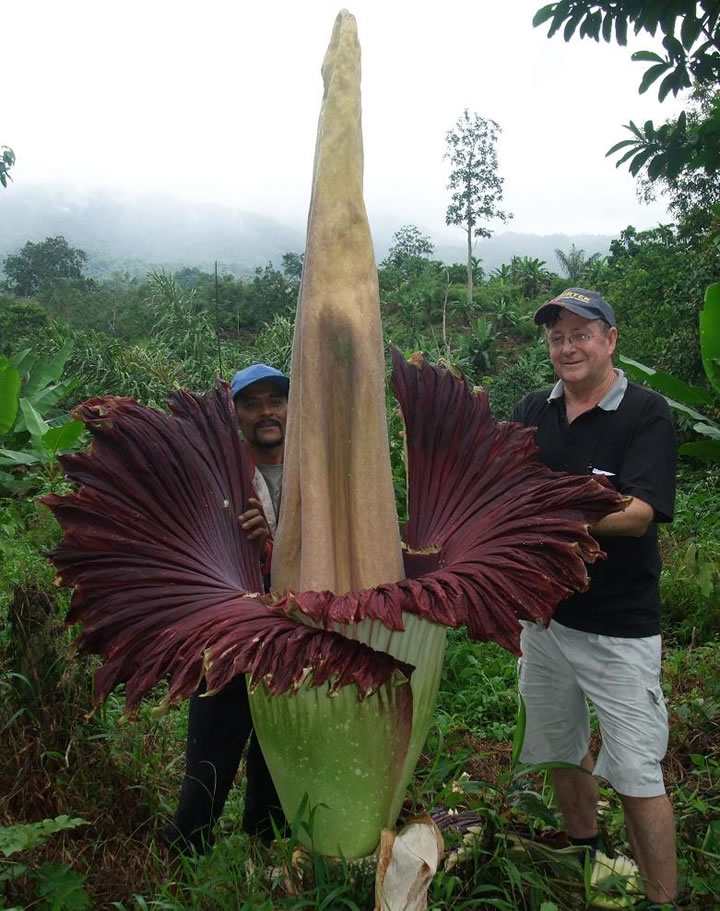 The flower is known as titan arum, its full Latin name is Amorphophallus titanum. 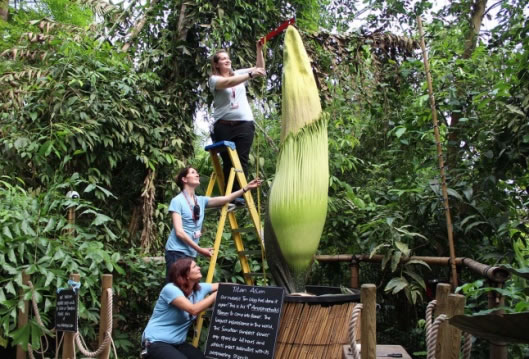 In nature the plant likes to grow in any openings in the rain forest. Here it can grow to its maximum potential often attaining more than 3 meters high. 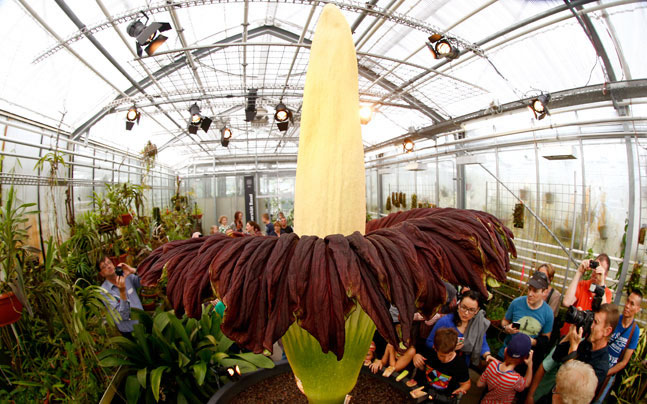 This plants are not only tall but the corm (bulbous growth) can weigh in at over 100 kilograms. The current record is held by one plant grown in New Hampshire weighing in at a whopping 305 pounds. 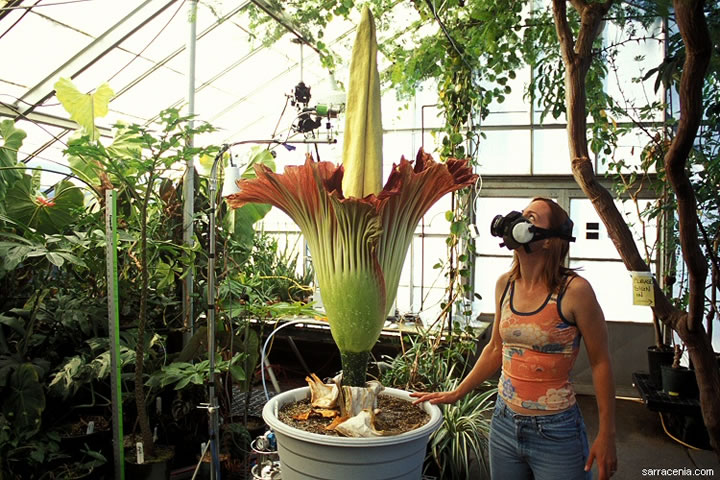 You need to beware the stench of the flower at certain times when flowering. The plant producers an odor said to be like a rotten animal decomposing giving the plant its nick name the corpse flower. In Indonesian (Indonesian: bunga bangkai – bunga means flower, while bangkai can be translated as corpse, cadaver, or carrion) This smell is used to attract carrion eating insects which then pollinate the flower.

The flower was first discovered by Italian botanist Odoardo Beccari in 1878. The plants now common name “titan arum” was actually invented by the broadcaster and naturalist Sir David Attenborough during his BBC series The Private Life of Plants. This giant of flowers has officially been acknowledged by Guinness World Record as THE biggest flower in the world.