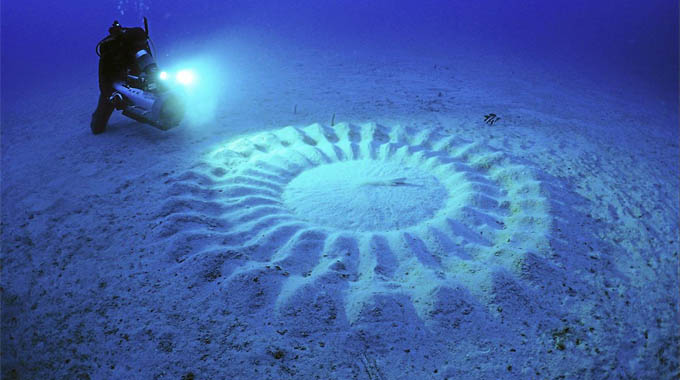 Travel Japan if you ever get the chance to visit Japan take the time to check these mysterious giant underwater crop circles off the coast! 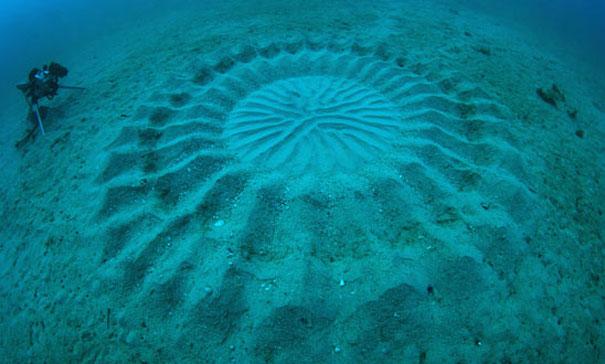 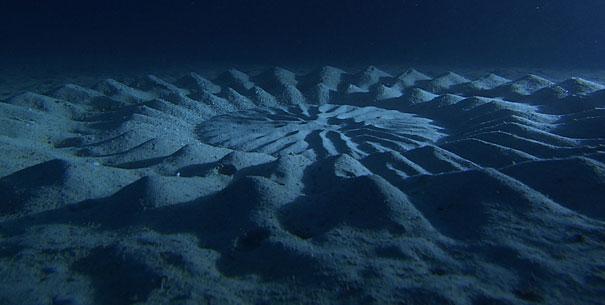 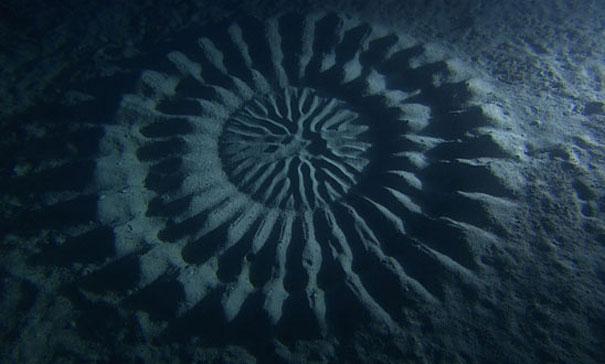 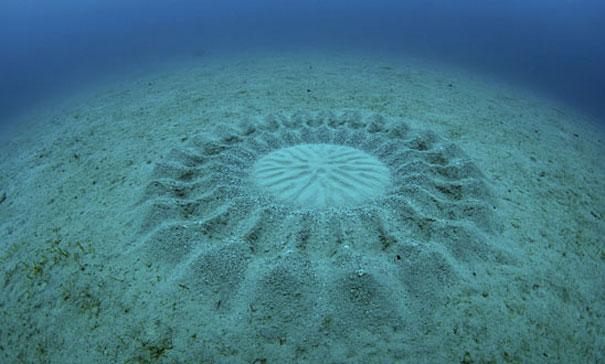 You’ve probably heard a lot of stories about crop circles and aliens, but surprisingly a Japanese photographer Yoji Ookata has found something very similar 80 ft below the sea level. While diving off the coast of Japan, he discovered a mysterious ~6.5 ft wide circle precisely carved from sand. Yoji decided to come back with a TV crew to figure out this strange phenomenon.

The cameras revealed that the culprit was a few-inch long puff fish, creating the sand sculptures by swimming tirelessly and using its single fin. The team figured that this is how the female fish attract the male ones, and the center of the circle is where the pair lays the eggs. The riffles then serve as a protective buffer against ocean currents. In fact, the more riffles a fish makes, the more chances it has to find a pair. 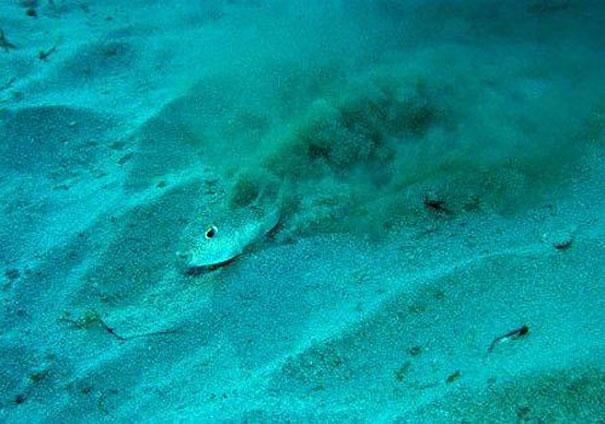 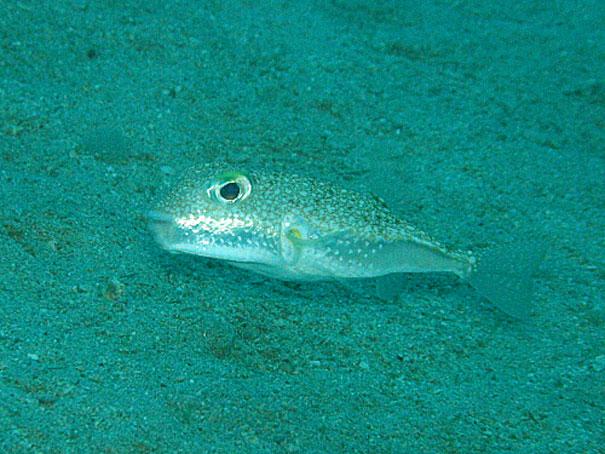 Japan is an island nation in East Asia. Located in the Pacific Ocean, it lies to the east of the Sea of Japan, China, North Korea, South Korea and Russia, stretching from the Sea of Okhotsk in the north to the East China Sea and Taiwan in the south. The characters that make up Japan’s name mean “sun-origin”, which is why Japan is sometimes referred to as the “Land of the Rising Sun”.