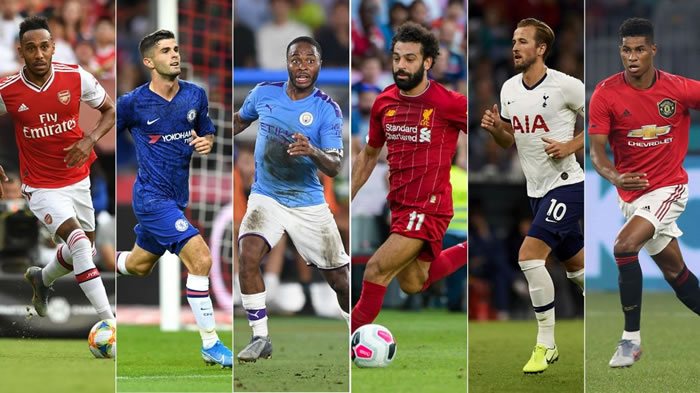 As we head towards September, our thoughts naturally turn to the excitement and promise of a new European football season.

It hardly seems like a second since the previous champions were crowned, though it’s fair to say there’s been plenty of movement in the transfer market over the past few months.

So, without further ado, let’s take a look at some of the key signings set to make a big impact over the coming season.

Prior to his recent move to Real Madrid, Hazard had been the lynchpin of the Chelsea attack for the best part of a decade. He was instrumental in their two Premier League wins back in 2015 and 2017, not to mention their recent victory in the Europa League last season. He’s seen as a key figure in Zinedine Zidane’s new-look Real Madrid team in their bid to oust rivals Barcelona to the top spot in La Liga.

Griezmann did little to enamour himself to the Atleti faithful by seeming to go to great lengths to force through his exit from the club in order to join forces with Barcelona. The left-footed forward is seen as the perfect foil to both Lionel Messi and Luis Suarez. Together they will form perhaps the most formidable attack in world football.

Bayern Munich decided to do their business early this year, securing the signature of young up-and-coming talent Lucas Hernandez way back in March. This transfer has had a notable impact on the latest Bundesliga betting odds for next season already, with Bayern listed as clear favourites over the rest of the league over at bet365.

Before his move from Portuguese champions Benfica, you’d be forgiven for not having seen much of young starlet Joao Felix. He burst on the scene towards the end of last season and his performances so far in pre-season for Atletico Madrid have already shown what a tremendous talent he is.

Tipped as one of the world’s best centre backs at the tender age of 19, it was only natural that a small army of clubs were chasing the signature of Matthijs de Ligt this summer. It was Juventus that eventually prevailed, securing their man for a cool £67.5 million.

Filling in the void left by the aging Ashley Young, Wan Bissaka is seen as the ideal replacement. An England youth international, the defensive-minded right back enjoyed a fantastic with Crystal Palace which eventually attracted the attention of United boss Ole Gunnar Solskjaer.

Having coached Sergio Busquets for a number of years, Pep Guardiola knows the importance of a no-nonsense central midfielder all too well. Rodri is cut from exactly the same cloth, an exciting prospect for the Manchester City faithful.

One of Lyon’s standout performers last season in Ligue 1, Ndombele attracted a number of Premier League suitors, yet he ultimately opted to join London-based Tottenham Hotspur. A fantastic signing for Mauricio Pochettino’s side.

Unlike previous years, Arsenal decided to go ahead and splash the cash this summer on highly rated Lille forward Nicolas Pepe. He’s an incredibly quick forward best deployed from the wing, not to mention a club record signing for the Gunners.

Like his former team-mate Matthijs de Ligt, Frenkie de Jong was one of the key players for Ajax in their remarkable run to the Champions League semi-finals last year. Barcelona snapped him up for a whopping £85 million.

So, there we have it, 10 signings that look set to make a big impact at their respective clubs this season. Who will flop and who will flourish? Only time will tell, and we can’t wait to find out!