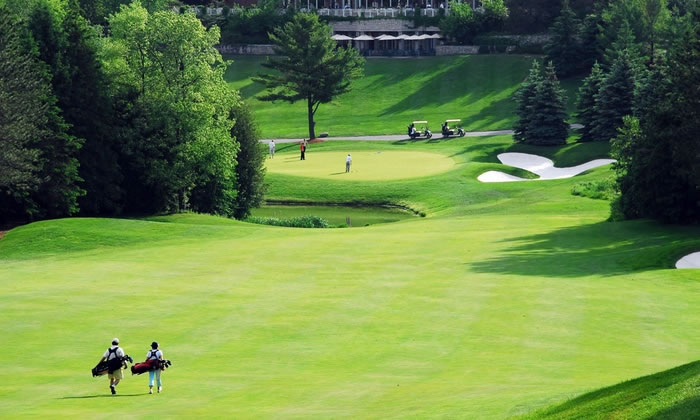 Austin is a great city for golf lovers. This is due to its vast flat landscapes, allowing for spacious greens, as well as year-round favorable weather conditions that make it possible to golf during every season.

The city’s golf clubs are home to several local golf tournaments that take place at its several golf courses. Two golf clubs near me are some of Austin’s most reputable, namely the Avery Ranch Golf Club and the Teravista Golf Club.

Part of the Avery Ranch residential community located 20 minutes northwest of Austin, the Avery Ranch Golf Club was designed by former Jack Nicklaus designer Andy Raugust. The Club’s history is that the region was once home to Indians and robbers that were attracted to it due to its dense oaks, creeks as well as wildlife. The club was carved and blasted out of the rocky ranchlands along Bushy Creek – Raugust had to use dynamite to blast rock out of the landscape for five holes.

The Club is known for two holes on each nine, namely hole 7 and 13, each of which has its own charm. No. 7 requires a carry over a ravine and natural area from an elevated tee box and a precise tee shot if one wants to avoid the bunkers and tress in order to position oneself for the dog left to a green with another gully across the front of it. The hole itself is rather short, offering players with a good position to tackle the shot. From this position, players enjoy the Club’s the spectacular multi-level green as well as the huge rock wall fronting it, the large bunker to the right as well as native cacti to the back. No. 13 has been known as the city’s top par 3. It is charming, featuring water on the right side, beautiful oaks in to its back as well as a unique ridge of rocks to the right of the hole. It is a reasonable distance and offers a bail out area (in case of a miss), all of which makes it a fun challenge. However, despite all its challenges, the course still manages to remain fair, offering an enjoyable, satisfying as well as scenic game of golf. It is part of the Austin Golf Trail that offers impressive Stay & Play packages.

The Teravista Golf Club has its own charm. With a reputation for great golf course conditions as well as the best greens in the Austin area, the Championship 18-hole club is located in the Texas Hill Country, and as such it has impressive views that span over 50 miles. Spreading across 7,200 yards, the yard offers 5 different sets of tees suitable for golfers of all ages and abilities. In addition to the club’s beautiful rolling hills, the Teravista has recently introduced a health-club style membership, namely “The Players Club” that allows its members the convenience of improving their game that suits their schedule. Membership perks also include free practice times as well as two rounds of golf per month and weekly clinics on the Club’s state of the art practice area with several hitting, pitching and chipping locations, all designed to enable its members to become the players they have always wanted to be. Also not to miss is Caldwell Café, the Club’s full service restaurant that is open for breakfast, lunch and happy hour that offers a variety of golf inspired menu items.