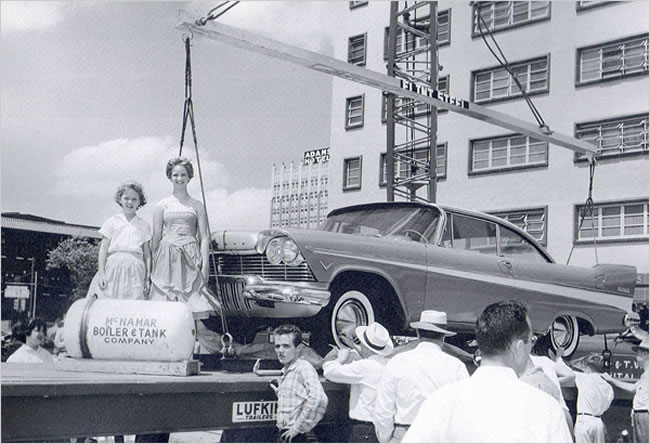 A time capsule that had been sitting underground for 50 years in Oklahoma was recovered only to find the results were a complete disaster.

A 1957 Plymouth Belvedere, was buried in Tulsa as a vehicular time capsule to commemorate Oklahoma’s 50th birthday. The car was put into the earth with much fanfare and celebration.

When the Belvedere was dug up in June 2007, it was a huge disappointment. Unknowing to anyone, for the last 50 years, water had been seeping into the concrete tomb in which the car was buried car. 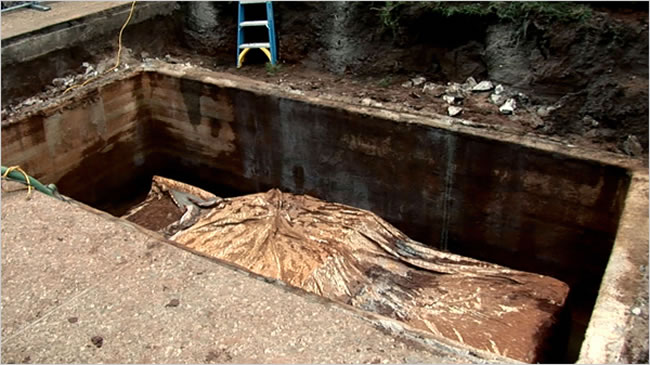 Back in 1957 a competition was held to see who could guess what the population of Tusla will be in 2007, the year the car was to be dug up.

The winner was Raymond Humbertson, who unfortunately died in 1979, so the car was awarded to his sisters: Levada Carney, now 86, and Catherine Johnson, 95.

The winners were expecting to receive a preserved classic 1957 Plymouth Belvedere but instead were handed a rust bucket with holes large enough to fit your fist threw. 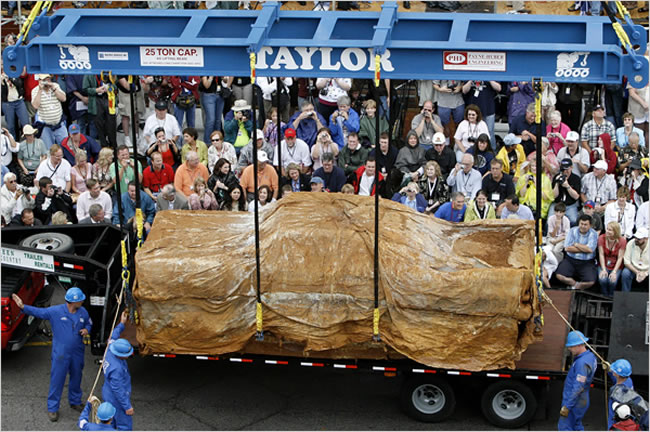 Dwight Foster, owner of the Ultra One Corporation in New Jersey, which sells a rust removal chemical, Safest Rust Remover, offered the sisters his services to get the car in better condition. The sisters agreed and so Mr. Foster had the classic car shipped to New Jersey. 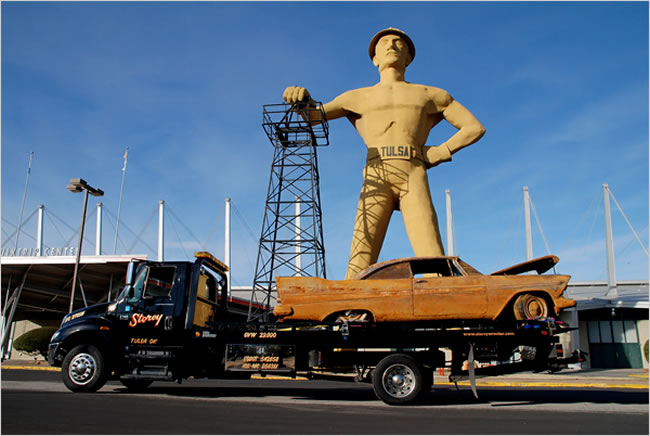 For the last two and a half years, Mr. Foster has been using his chemical to slowly remove the rust.

The car rolls and steers now, he replaced the leaf springs, steering link and rear-end assembly but it still has serious problems.

The frame is completely rusted and in poor condition. Mr. Foster is not sure the doors can be opened without risking what’s left of the car’s structural integrity. He said there were no plans yet to restore the car or even to get it to run. 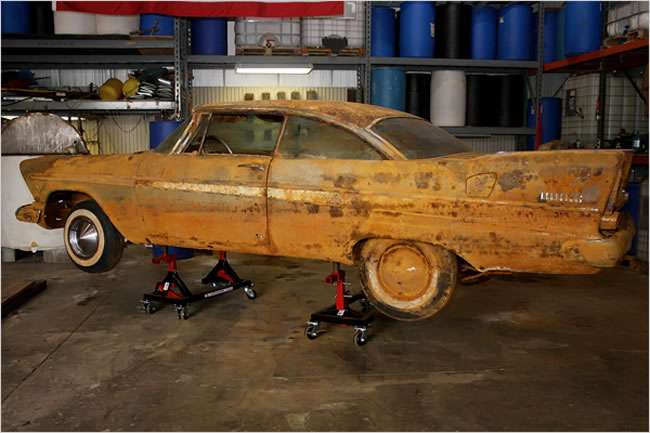 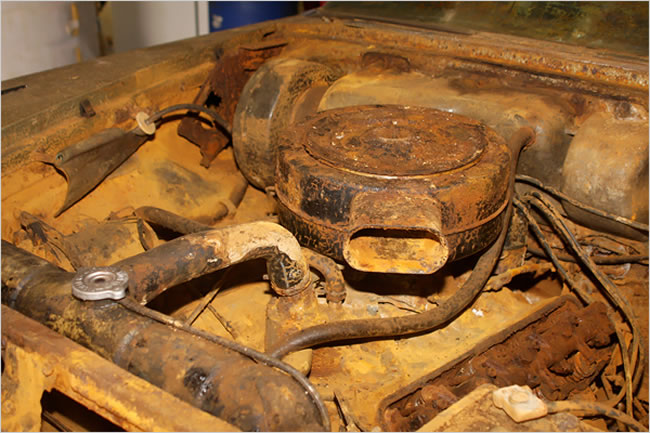 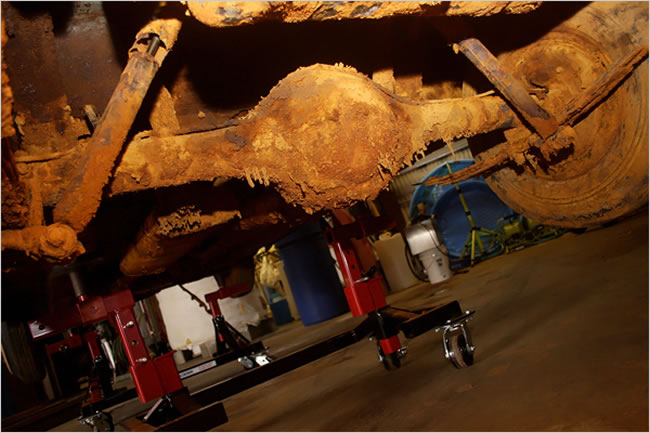 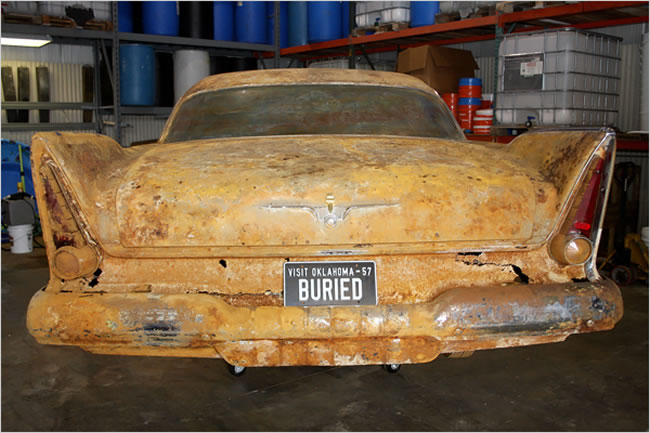