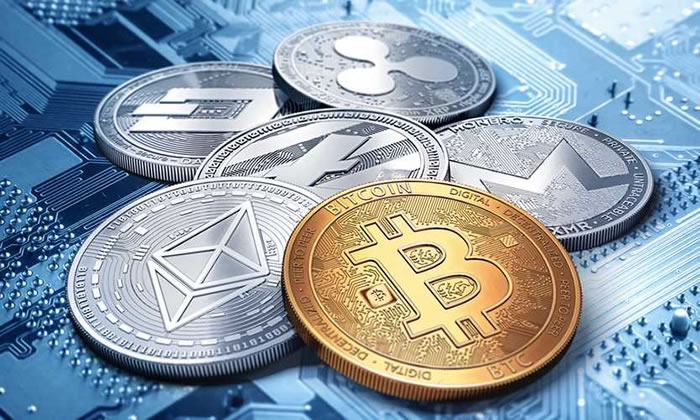 Are you considering using digital currencies in your business? Then you’ve come to the right place.

That’s why we asked a group of cryptocurrency experts to collect 5 of the most versatile and functional cryptocurrencies besides Bitcoin that you should consider using when entering the cryptocurrency industry.

Ethereum is the prince of cryptocurrencies, and it has been the second biggest digital currencies for many years. The currency, which is called Ether, is based on a blockchain called Ethereum and that blockchain is, in many ways, more versatile than the Bitcoin blockchain.

Besides being used as a currency, Ethereum has support for app development, data sharing, and the development and support of other cryptocurrencies. That’s right, many of the most popular altcoins out there are actually based on Ethereum. In other words, if you’re running a tech startup or developing apps or just need access to one of the most modern digital networks in the world, then Ethereum is for you.

For the longest time, however, according to the co-founder of BullMarketz, “Ethereum and Bitcoin were competing to dominate the market, but these days most cryptocurrency experts agree that the two complement each other since they are so fundamentally different”

Ripple is the name of both a company and a blockchain and its dedicated cryptocurrency is XRP, although most refer to it as just Ripple. Out of all the cryptocurrencies out there, Ripple is perhaps the most widespread in terms of business usage.

XRP and the Ripple blockchain were developed to streamline payment solutions and provide quick international transactions with little to no fees. Because of these unique characteristics as well as a highly driven development team, Ripple has been able to land partnerships with a range of high-profile clients. Some of those clients include the Spanish bank Santander, the Swedish bank SEB, Moneygram, and American Express.

Obviously, this means that Ripple is the perfect choice for small business owners and start-ups that do a lot of international trading and that need access to quick and cheap border-crossing payment options.

Litecoin was originally created as a fork of Bitcoin and has since become one of the most prominent cryptocurrencies in the world. It’s a versatile yet simple cryptocurrency that’s perfect for smaller transactions such as C2B and B2B.

Today, many digital-forward merchants accept Litecoin as payment for products and services similar to credit card payments. Most of the time, Litecoin is not the only option, but rather offered as an alternative to Bitcoin, XRP, or Ether.

Litecoin was created by the now very famous computer scientist Charlie Lee who, among other things, also works for the American cryptocurrency exchange and wallet Coinbase.

Dash shares many similarities with Litecoin and was also originally designed for shopping and smaller transactions between customers and merchants. Obviously, the main benefit of using Dash instead of USD, cash or other established payments is speed and ease of use. Instead of having to deal with a register, bank accounts, card payment systems, etc. all you need is a smartphone with a dedicated Dash wallet.

Some people have called Dash the Western Union of the digital age and others compare it with PayPal.

The last cryptocurrency we’ll mention is Monero, and the reason for this is that it’s very different from the other digital currencies on this list.

Like most altcoins, Monero was designed to enable quick and simple payments online, and it has been a favorite among online stores for a long time. Similar to other digital currencies, the idea with Monero was to allow users to act as their own bank. However, Monero has a unique feature that most other currencies don’t have.

You see, Monero is a highly secure and anonymous cryptocurrency where the user can choose who can and can’t see previous transactions. As a comparison, all transactions done with Bitcoin are saved on a public ledger that anyone can get access to. Transactions with Monero, on the other hand, can be completely transparent and, therefore, it’s the best choice for businesses that are concerned about their safety and privacy.

Hopefully, we’ve been able to shine some light on the cryptocurrency market and the different options you as a business owner can choose from. And hopefully, you have found a digital currency that will suit you and your business perfectly.

Lastly, we want to explain that there is really nothing wrong with using Bitcoin – it’s the biggest of them all for a reason. And, in the end, most businesses that start using digital currencies seem to use more than one.

The Best Way to Consolidate Debt

How to Minimize the Risk of Taking Over a Lease

What Size Down Payment Is Best for A House?