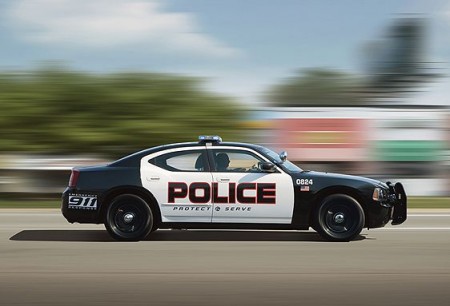 The police car has been around for over a hundred years and has become an important machine in the fight against crime. The first motorized police car was introduced at the end of the 19th century and could barely keep up with a horse but these were little more than wagons that transported police from place to place.

During the 1920s and ’30s, police departments invested in police cars to save money. With a car and a radio, one officer could cover a much larger territory.

During this period, cars were purchased retail and then modified by the police department. Modifications were limited, rudimentary markings and a variety of lights were the only things that set most early police cars apart from regular cars.

After World War II American car manufacturers began offering “police packages.” They simply took the special options most often ordered by police departments and combined them into a special option package. Ford Motor Company debuted its police package in 1950; Chevrolet in 1955 and Dodge in 1956. 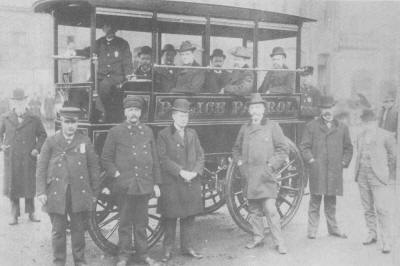 The first police car was sent out onto the streets of Akron, Ohio in 1899 and vehicle was actually electric powered. The police car had a top speed of 16 mph (26 km/h) and could travel a distance of 30 miles on a full charge.

The vehicle cost $2,400 and was equipped with electric lights, gongs and a stretcher. The car’s first assignment was to pick up a drunk man. 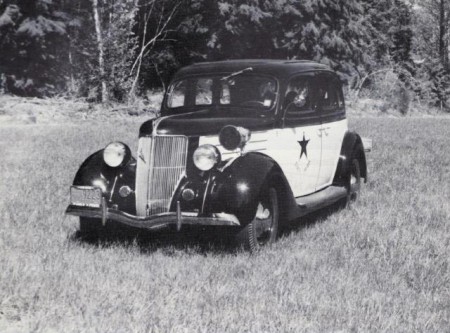 The first police vehicles were often called “squad cars,” since they transported a “squad,” or group, of officers to crime scenes. The vehicles were pretty much the same as ordinary road going vehicles except for a couple of modifications, such as special lights.

In the 1930s Ford became popular among police departments as their cars were more powerful and reasonably priced compared to Chevrolet and Dodge models of the time. 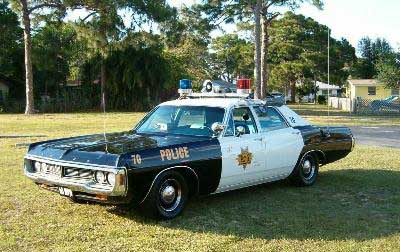 Up until the 1970s, most police cars were painted black with white doors and roofs, this was so that the police car would stand out from other vehicles on the road.

Nowadays, police departments decorate their cars with unique lettering and striping. Some cars retain the black and white coloring, but other colors have emerged, including blue and green.