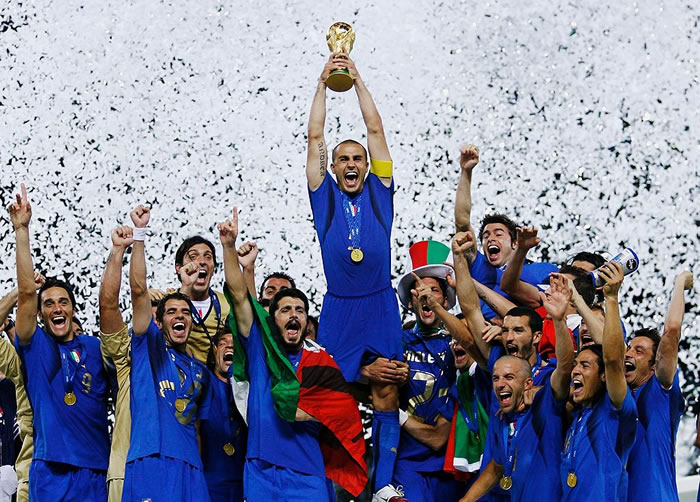 Italian football has often seen certain teams running roughshod over the opposition in Serie A for extended periods. Even during its heyday in the 1990s, the Scudetto only went to one of two teams during an eight-year period.

Take a stroll down memory lane with us as we look back on some of the most dominant Serie A sides in recent Italian football history. These clubs were living la dolce vita at the top of the tree…

The past decade has belonged to a cerain Old Lady in Turin. Juventus have almost redefined dominance with a record eight consecutive titles.

Sustained success over a period as long as this doesn’t just involve one team, however. Juve have evolved from Antonio Conte’s three at the back system to the more pragmatic approach of Max Allegri and now to the “Sarri-ball” style of Maurizio Sarri.

During their unrivalled era of dominance, the Old Lady brought in international stars such as Gonzalo Higuain and Cristiano Ronaldo for megabucks. If there has been one constant, then it’s wily defensive maestro Giorgio Chiellini organizing things at the back.

Anyone who has followed Italian football in recent years knows that Juventus have always been hot favorites in the outright Serie A betting time and again with good reason. Their stranglehold on the Scudetto doesn’t look like letting up any time soon either.

One thing Juve haven’t accomplished yet is winning the Treble. That historic achievement, sealed by beating Bayern Munich in the 2010 Champions League final, was the culmination of a four-year period where Inter Milan were the absolute best side in Italy.

As with the Old Lady, this Inter vintage straddles different managers. Firstly, Roberto Mancini and then Jose Mourinho who perhaps never lived up to his “Special One” nickname anywhere more so than at the San Siro.

This is the Inter of Zlatan Ibrahimovic then Samuel Eto’o upfront, Marco Materazzi and Walter Samuel taking no prisoners in defense and Wesley Sneijder making the play. Between September 2006 and May 2010, they lost just 12 games in Serie A.

There wasn’t much domestic Italian talent in Inter ranks, but the clue is in the club’s name. They had some of the best overseas talent, particularly from South America throughout the team to boot.

Another of the big three in Italy, no list of dominant Serie A sides would be complete without the triple winners, AC Milan, in the early 1990s. This is the side of Dutch striking genius Marco van Basten.

Even a career-ending injury to their star centre forward in 1993 didn’t stop Fabio Capello’s Milan from winning the Scudetto for a third consecutive year the following season. The Serie A and Champions League double of 1994 was arguably even more impressive as a result.

Capello eclipsed predecessor Arrigo Sacchi, whose late 1980s team never managed to win both the league and European Cup in the same season. A team of Milan legends, including Paolo Maldini and Demetrio Albertini completely took Barcelona apart in the Champions League final.