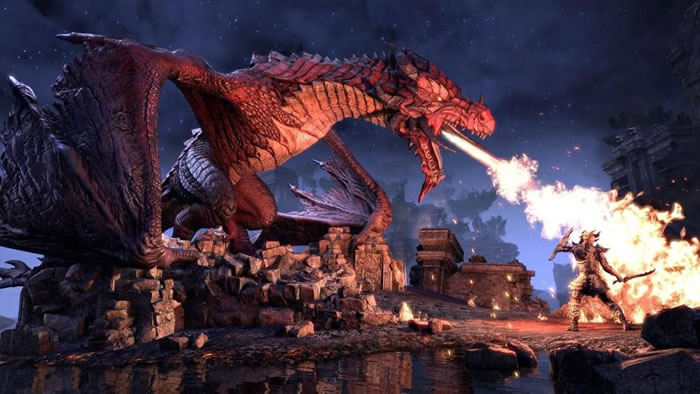 For gaming developers, mythology is a rich source of information. Tales from the Romans and Greeks (among others) are awash with complex characters, plot twists and mythical creatures.

With this in mind, it’s rather unsurprising that some of the more interesting aspects of mythology have ended up as part of gaming lore. The rich history of mythology coupled with the creative juices of modern-day developers has led to mythical creatures featuring heavily in a number of best-selling titles. However, rather than simply listing every encounter in God of War, we’ve dug a little deeper to find some of the best examples of such creatures in the gaming sphere.

For this section, it would be fairly easy to cite Skyrim and move onto the next chapter. And with good reason. Skyrim does a fantastic job of featuring dragons as both the primary antagonists of the story as well as the main source of the unique powers possessed by the Dragonborn. However, there are a number of other prominent dragons within the gaming scene deserving of a mention. Deathwing (World of Warcraft: Cataclysm) is well known for randomly showing up mid-game and hilariously killing players for the fun of it.

On the other hand, the dragon from Demon’s Souls is no laughing matter and is perhaps the most terrifying video game dragon of them all. He’s also extremely difficult to kill – unless you have God’s Wrath, a Sincere Prayer or a meat cleaver (yes, really).

Fairies hold a special place in many gamers’ hearts thanks to their prominent roles in the Zelda franchise. However, both fairies and pixies are much more prominent throughout the gaming world than one may think. Although her appearance has altered drastically throughout the Rayman series, Betilla is always good for bestowing Rayman with a power or two. Her ability to perform aerodynamic maneuvers and hover also come in handy if she’s fighting alongside you. Ribbon from Kirby 64 is certainly one of the cuter video game fairies and is a great companion to Kirby, literally carrying him during the final boss battle, while fans of slot games can play Pixies of the Forest at Magical Vegas, for example, to see how online casinos have handled the representation of pixies, with the creatures heavily featuring in the game symbols and high card symbols Q, K and A.

So, we couldn’t resist choosing a character which features rather prominently in God of War. The sheer size of Hydra in-game makes him one of the most difficult beats to overcome. However, the many-headed serpent is fairly prevalent in the video game industry, and a number of games have certainly done him justice. Dragon’s Dogma features a number of different hydra creatures, including an ArcHydra inside of Everfall which is far more powerful than the original. Dark Souls features an epic mini-boss with a Hydra which is predictably difficult (insert meme about the game’s difficulty here), but the visual representation of the beast more than makes up for sheer frustration that you will undoubtedly feel while trying to defeat it.

Although mythology and video gaming go hand in hand, developers must still take a lot of credit for successfully implementing their ideas on screen. Aesthetically, mythical creatures are fairly easy to get right, but it still takes some work to make them both believable and terrifying (or cute in the case of fairies). Ultimately, any game featuring mythical creatures is a winner to us, and we can’t wait to see what the future holds for these beasts.

The Top 5 Best-Selling Video Games Of All Time

The best deals in Gaming this Christmas