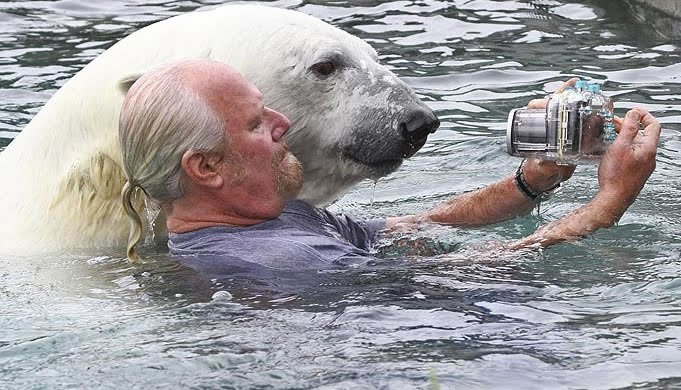 Fancy an early morning dip with your pet Polar bear, check out this video of what must be a crazy Man Swimming With Polar Bear! Would you take the risk?

Mark Abbot Dumas shares an extraordinary relationship with his pet female polar bear, they seam to love each others company and sped the day swimming, wrestling and hugging each other. As far as is known this is the only bonding between man and polar bear recorded.

Polar bears as usually solitary animals who only put up with each others company during a short breeding season in the wild. Furthermore they like the taste of fat rich mammal flesh which the gorge on during the summer months eating as many seals as they can find in their natural habitat.

Luckily for Dumas he has a one off bear that has adapted to leaving with a human on a permanent basis and not only puts up with the company but actually relishes in it. 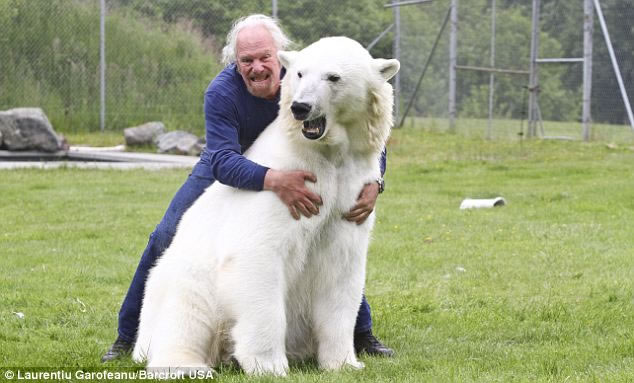 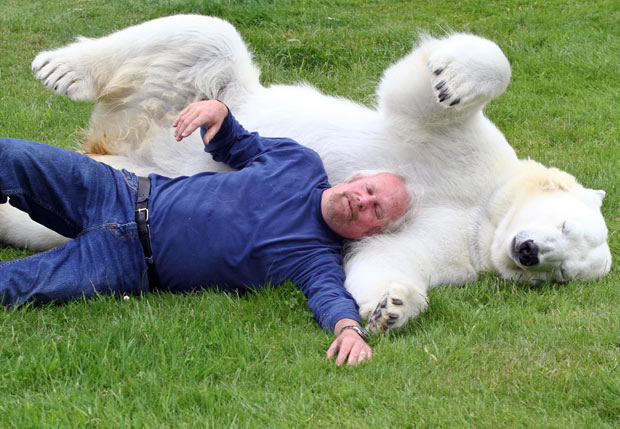 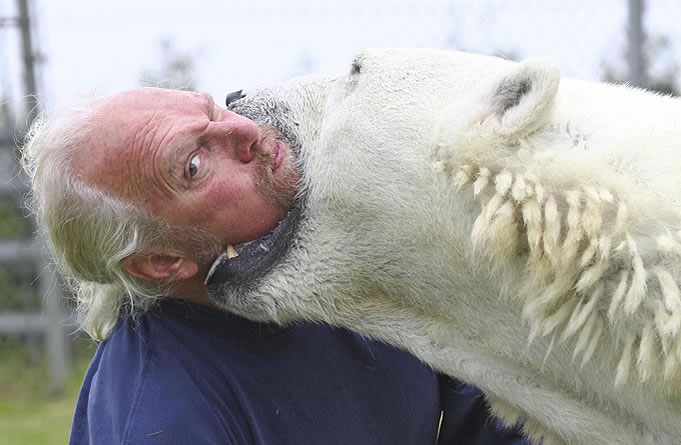 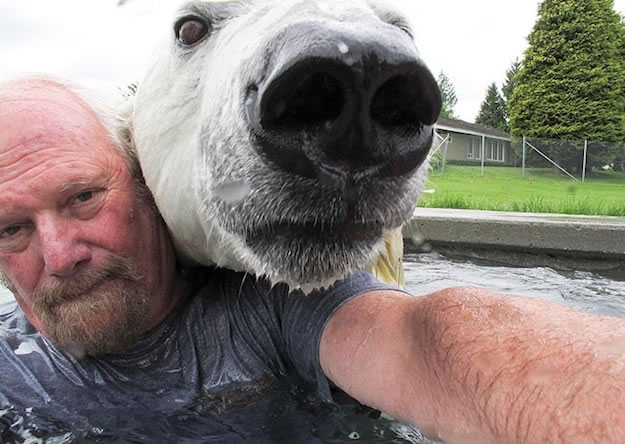 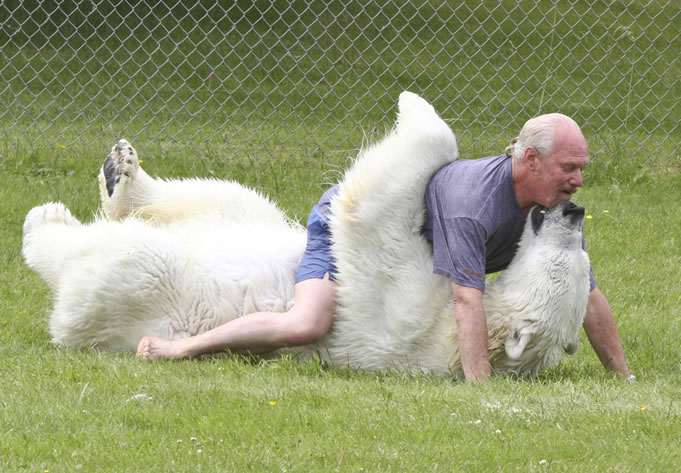 Grizzly man takes it to the extreme…

Would you swim with a Polar bear?