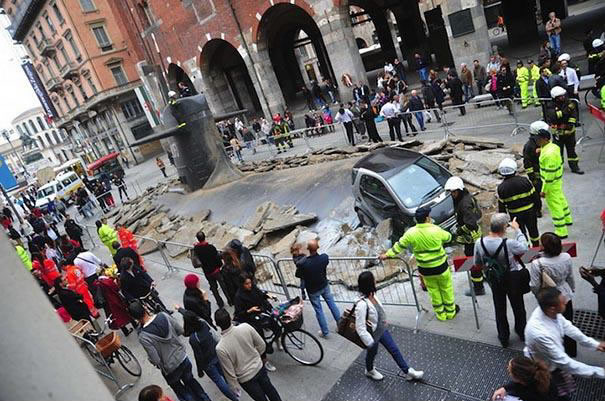 The residents of Milan, Italy woke up to discover that a high-tech military submarine had crashed straight through the underside of Milan’s streets, emerging near the Duomo. As real is it appeared, it was just an elaborate scene that the Europ Assistance Italia insurance company had put on as part of a clever and over-the-top marketing campaign.

The event was created by Milanese design studio M&C Saatchi. It kicked off with police, ambulances and fire fighters racing to the scene, fencing off the accident site and extracting the confused sailors.

Meanwhile, a crowd gathered around the submarine to photograph the strange and curious sight. A hash tag on the side of the submarine, #L1F3, allowed observers to refer to the submarine, and soon, all of Twitter was awash with #L1F3 tweets talking about the strange submarine in Milan. The whole incident was designed to advertise Europ Assistance Italia’s new LifePark Protection store. 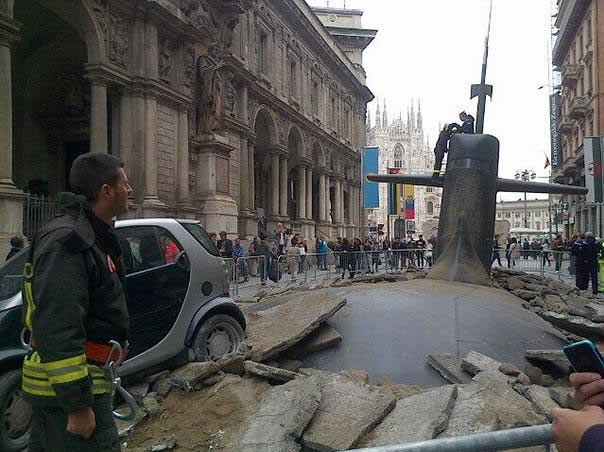 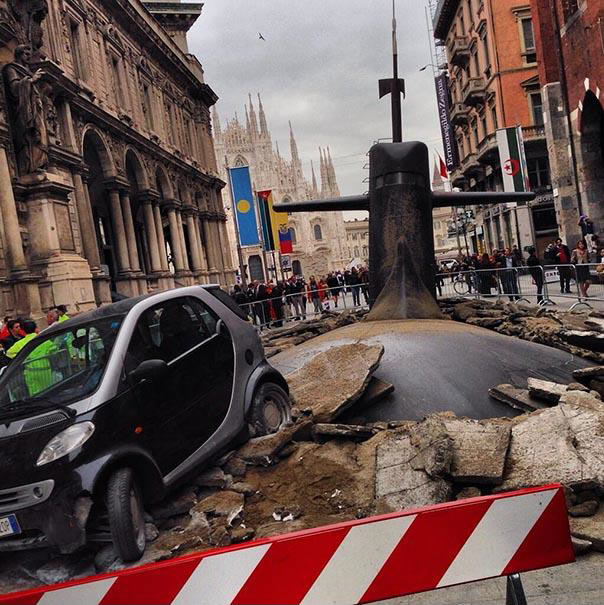 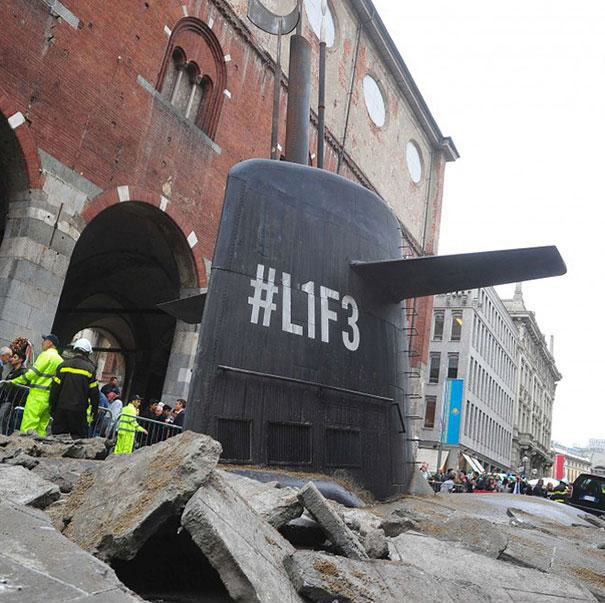 1. The first known car insurance policy was written in the UK in 1895.

2. Prior to 1997 car insurance was pricier because people could not access the internet for better rates and had to rely on their local brokers.

5. Paying Semi-Annually or annualy for insurance rather than monthly can save you a great deal on money.

6. Your credit score can affect the rate for your insurance.

7. Statistics show that married drivers average fewer accidents than the rest of the population so policy owners who are married often receive lower premiums than single persons.

8. If your car has a GPS than you can receive a discount from many insurance companies.