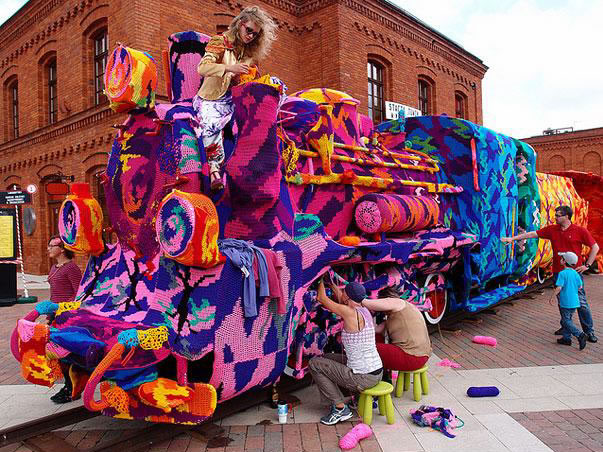 An American artist has recently yarn bombed a steam train locomotive in Poland. The colorful fabric covers the whole engine and carriages and has brightened up the city.

Yarn bombing has been gaining momentum as a form of street art all over the world, but Polish crocheting artist Olek demonstrates what a real challenge is: in mid July she crocheted an entire locomotive in Lodz, Poland. 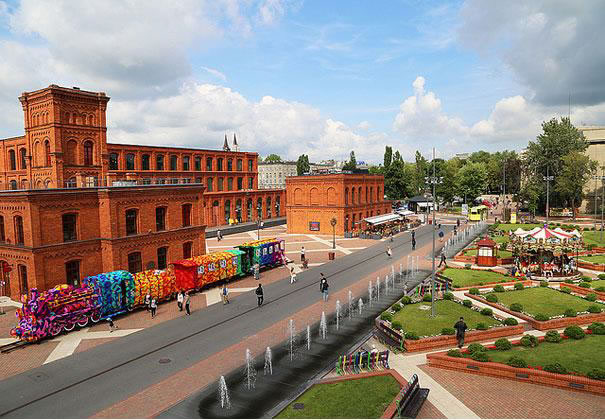 This colorful steam train locomotive cover will be on display through August 19th and is by far the largest project this New York-based artist has ever completed. It took Olek and her four assistants 2 days of round the clock work to finish the installation. The artist was so dedicated to the project, that after flying in to Poland she didn’t even have to time change her gown and mask from a ball in London she had gone to!

Sounds like Olek is really deeply into her projects, and doesn’t consider anything smaller from now on: “I think I should call this train ‘deadly romance.’ I love it, but it almost killed me. I want to see it again, but I am avoiding it. It is calling my name. But I know how much pain it caused. I am totally in love with it, but hate it in the same time. If the natural progression is to make bigger better pieces, what should I make next? Can someone give me a plane? Or should I go to the moon?” We’ll keep you posted if she does! 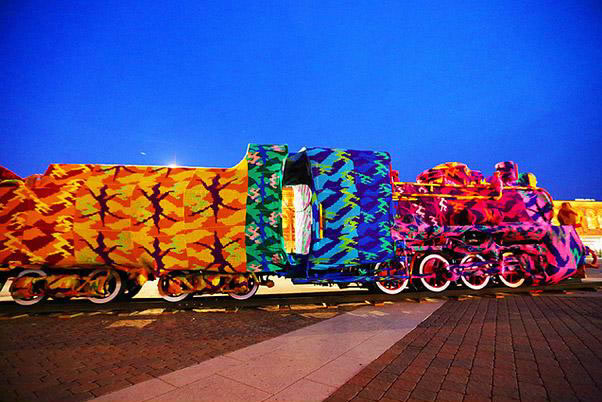