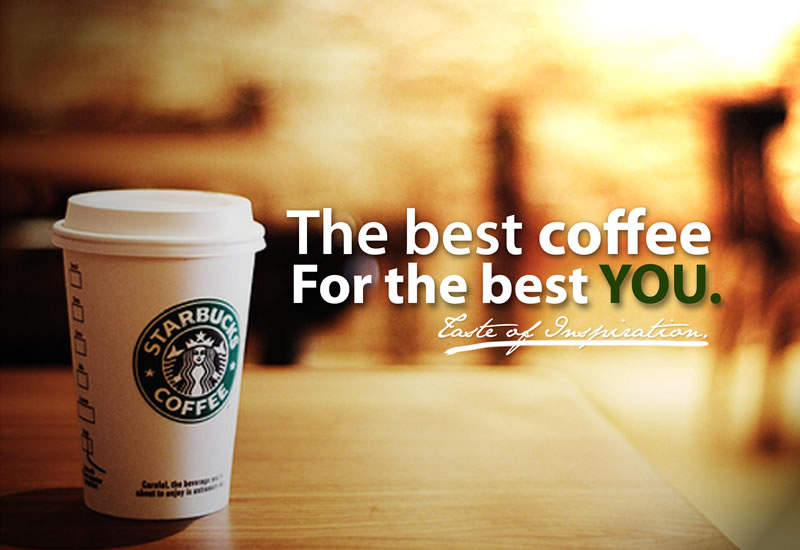 Most of us love a coffee from Starbucks but here are some interesting facts that you probably did not know about the biggest name in the coffee business!

They Are Worth More Money Than Some Small Countries 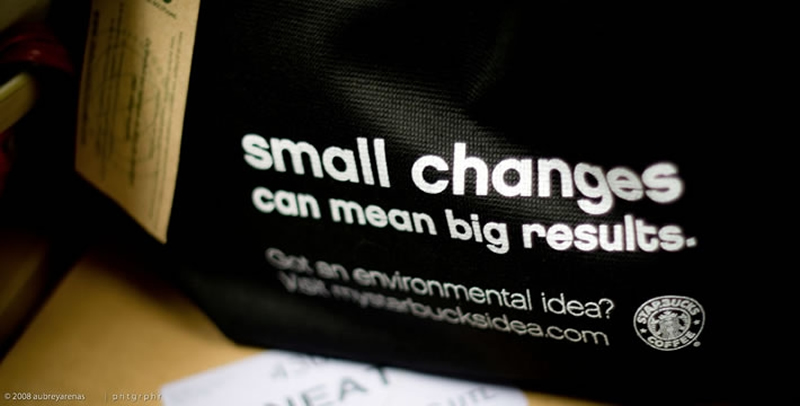 With a current stock market value of $51.6 billion Starbucks is the largest coffeehouse company in the world with 151,000 employees and 20,519 stores located in 65 countries and territories throughout the world including more than 13,000 in America, over 1,900 in China, and over 900 in Japan.

The Company was founded by two teachers and a writer 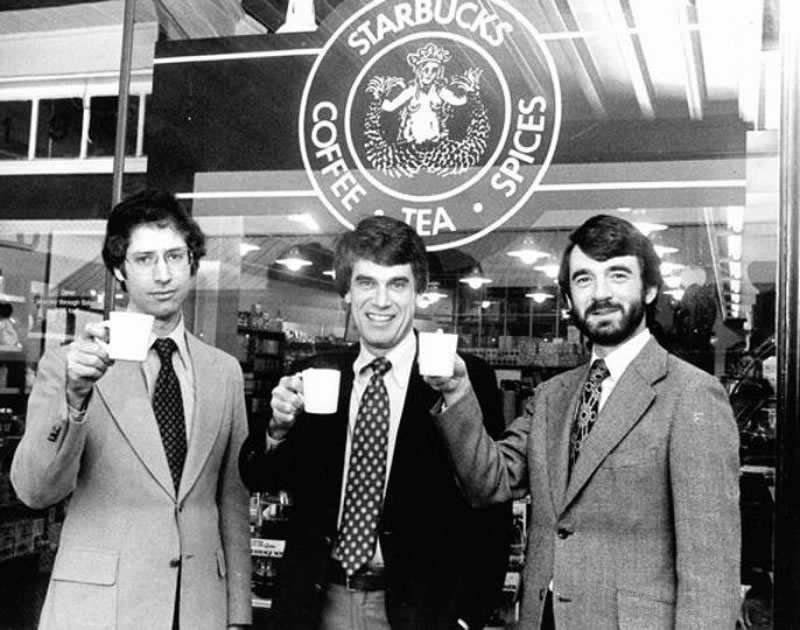 Founded in 1971 by three students met at the University of San Francisco who ended up becoming an English teacher (Jerry Baldwin), a History teacher (Zev Siegl), and writer (Gordon Bowker) and later joined by Alfred Peet, a coffee roasting specialist who owned taught the them how to roast the best quality coffee beans. 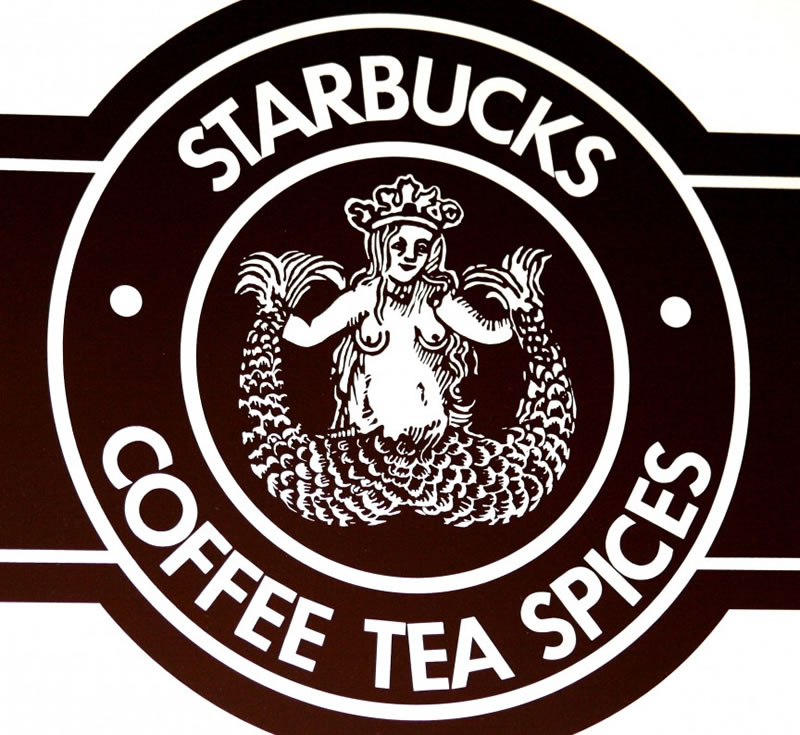 With one of the most instantly recognizable logos in the world depicting a sixteenth century Norse two-tailed siren the connection was inspired by a fictional whaler with a nautical theme and suggesting that its coffee is irresistibly combined with the Siren’s seductive powers. However the company eventually chose to cover up the siren’s bare breasts and suggestively pose with twin tails. 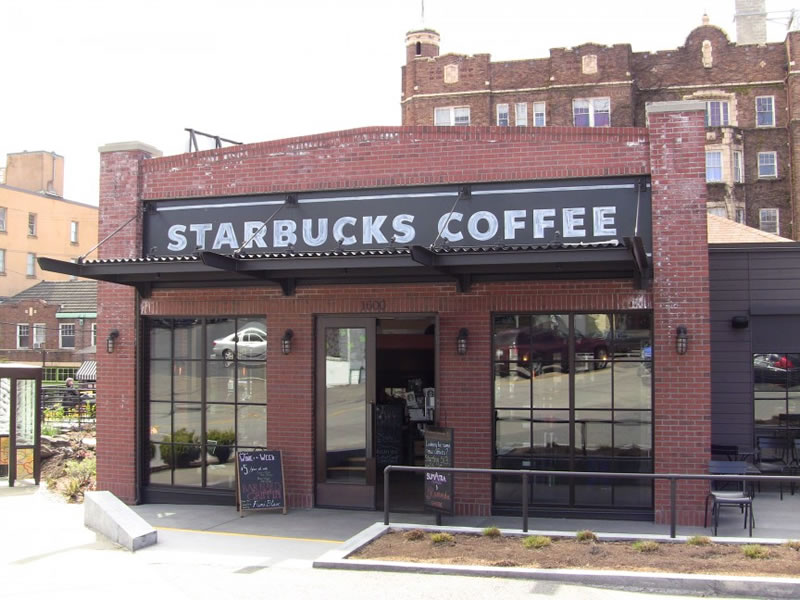 Their first shop was situated at 2000 Western Avenue, Seattle, Washington and opened March 30th, 1971. That store did not sell any coffee to drink as the shop was originally intended just to sell roasted coffee beans and coffee making equipment but they did give some free samples given to encourage clients to buy their products. 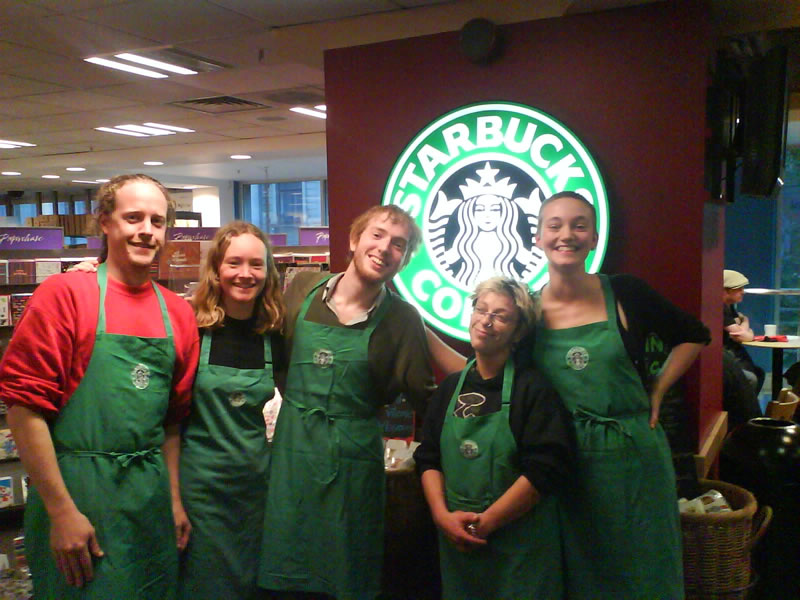 In 2008 the company took a hard look at its costs setting a the goal to cut $600 million in spending which highlighted the company’s expenses on health insurance for its employees which amounted to $300 million which was more than they spent on coffee beans. At that time their CEO Howard Schultz refused to reduce employees health benefits and took the option to shut down 600 stores instead. 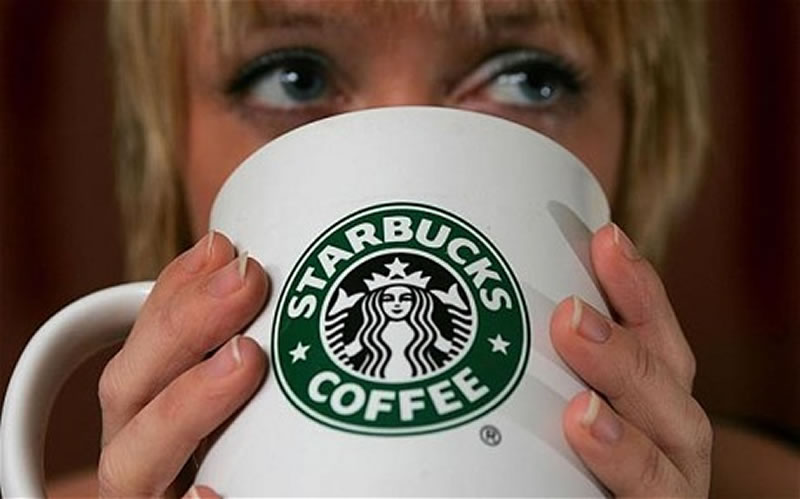 Originally Starbucks sold drinks sizes of Short (8 ounces), Tall (12 ounces), Grande (16 ounces), and Venti (20 ounces) but in 2011 they introduced the Trenta holding a mega 30.9 fluid ounces sized version of the company’s beverages. And if science is to be believed, no one can gulp down a Trenta. That’s because an average human adult can hold only 30.4 ounces which is supposedly more than the human stomach can hold unless drunk over a long period of time.

Tests a currently under way for a new beer flavored latte 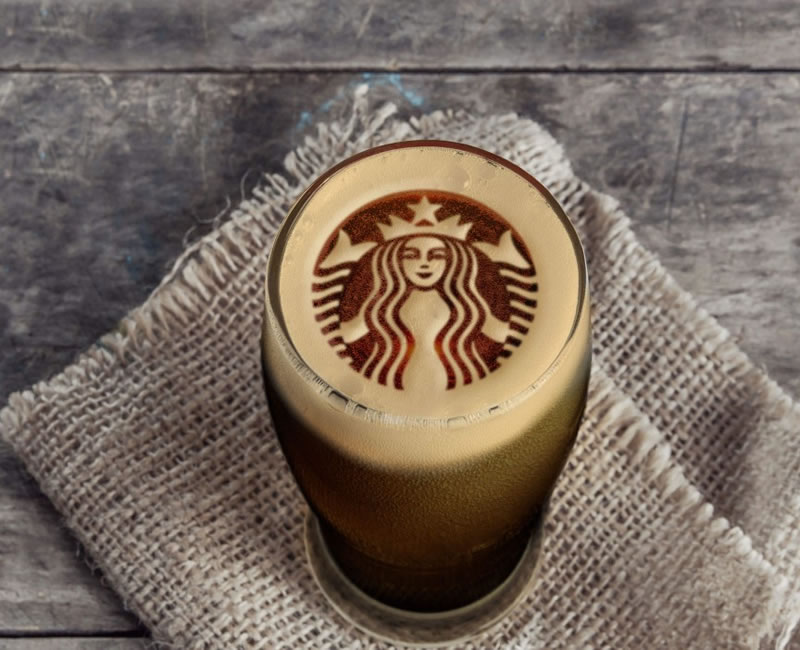 Watch out for the new Dark Barrel Latte with a “savory toasty malt” flavor that is being tested in Ohio and Florida but don’t get too excited it doesn’t contain alcohol, instead it’s made from a blend of espresso, dark caramel and chocolaty stout-flavored sauce with freshly steamed milk.

They support the legalization of same-sex marriage 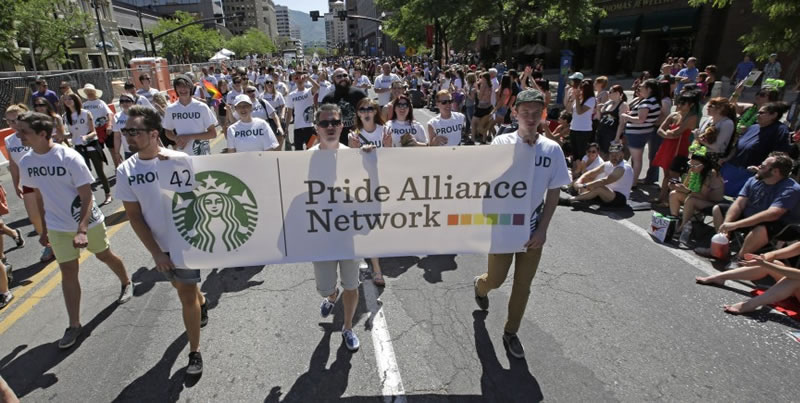 In Washington, early 2012, Starbucks supported a state measure to legalize same sex marriage and released a statement saying
“Starbucks is proud to join other leading Northwest employers in support of Washington State legislation recognizing marriage equality for same-sex couples. Starbucks strives to create a company culture that puts our partners first, and our company has a lengthy history of leading and supporting policies that promote equality and inclusion.” 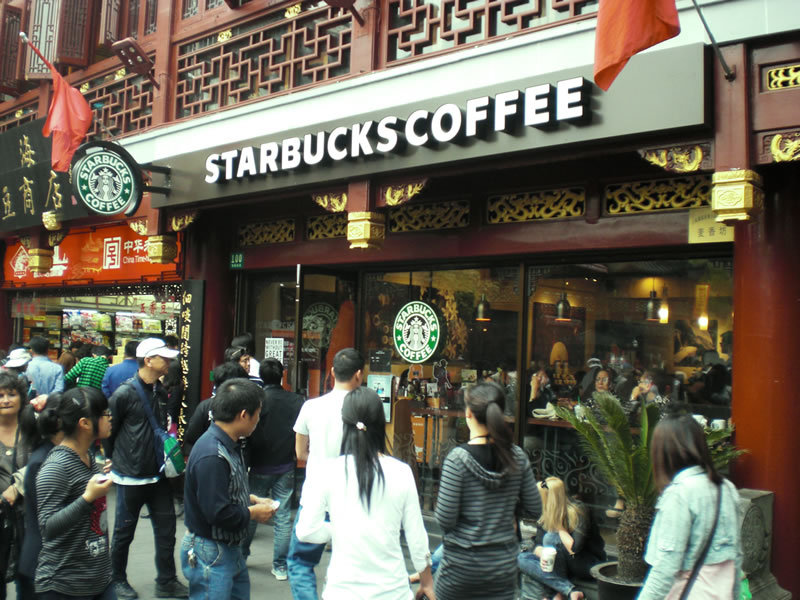 According to their records they make a profit margin in the Americas of 21.1% compared to a miserly 1.9% in Africa and the Middle East but in China and the Asia-Pacific region there profit margin is 32% due to low rental costs and cheaper employment.

They were originally going to be named “Cargo House” 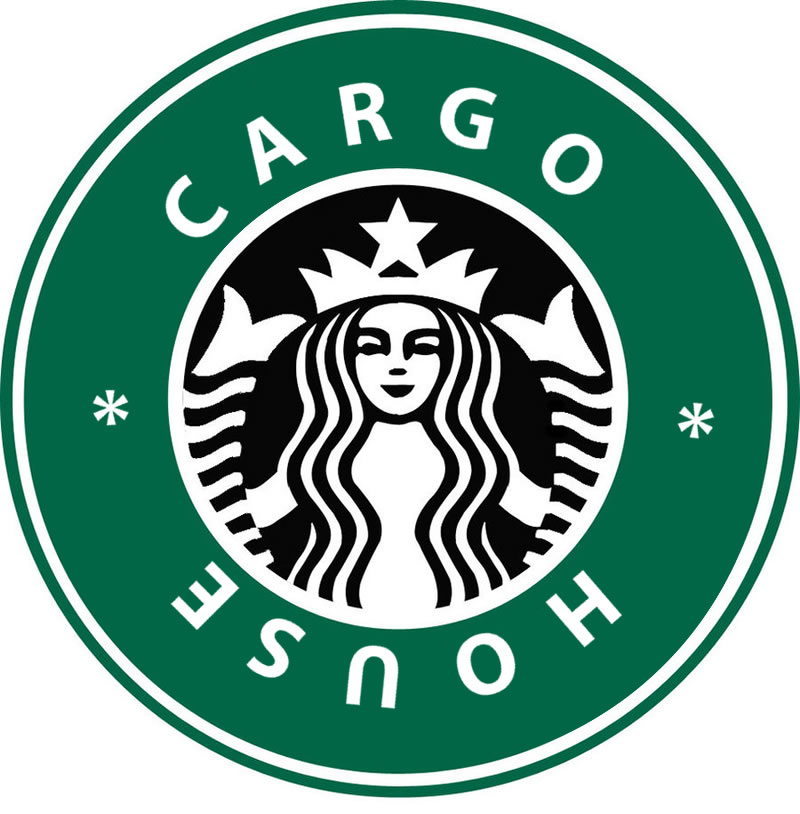 Co-founder Gordon Bowker and his friends were very close to calling their company Cargo House until Terry Heckler, one of Bowker’s partners in an advertising agency mentioned that words beginning with “st” and so they generated an new list of names beginning with “st”, someone noticed the old mining town of Starbo in a map of the Cascades and Mount Rainier which reminding Bowker of Herman Melville’s Moby-Dick, which in turn, reminded him of the ill fated ship in the novel called Pequod whose first mate wall called Starbuck.