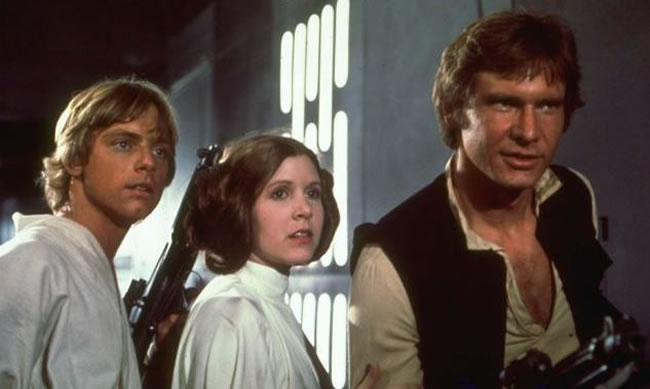 Rare footage of bloopers from the Star Wars set have been uploaded to Youtube and have since gone viral. The video has only been live for two days and already almost two million have viewed the video. Watch the Star Wars set bloopers here.

There is no sound on the first few clips – this isn’t an error – original sound wasn’t present but the rest of the outakes are with sound.

These bloopers are absent from any of the DVD or Bluray releases, this video is an excerpt from the book “The Making of Star Wars (Enhanced Edition) ” by J.W Rinzler. The book has been re-released as a digital Ebook, and enhanced to include rare videos and audio excerpts newly discovered from the Lucasfilm archives. In my opinion the new digital edition of the book is worth every penny to the Star Wars fan looking for a rare glimpse behind the scenes of the films they love like myself.

How the hell did the empire rule the galaxy with elite troopers like this?

Do you know Steven Spielberg still makes a fortune from Star Wars because he and George Lucas bet on it’s success!

In 1977, Lucas had finished producing Star Wars and went to Alabama where Spielberg was shooting Close Encounters of the Third Kind.

Lucas was depressed and told Spielberg that Star Wars did not live up to his vision and thought he just made a kids’ movie.In a move to make some extra money after Star Wars, Lucas proposed that each director give 2.5% of their movie’s profits to the other.

Fortunately, Close Encounters got Lucas money and saved Columbia movie studios from bankruptcy. However, it was better for Spielberg. He still receives tons of money constantly from Star Wars merchandise, DVDs, and re-releases!