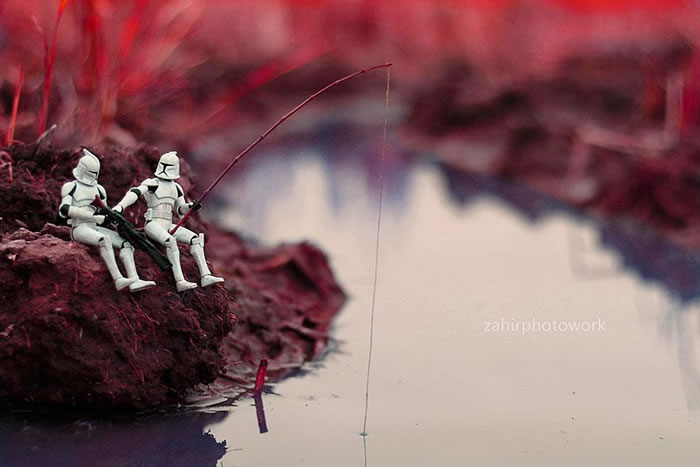 The epic and unforgettable cultural phenomenon that is Star Wars left countless fans in its wake who were inspired to interpret that universe in their own way. Zahir Batin, a talented Malaysian photographer, combines his talent for photography with paper art and miniature figures to reinterpret the Star Wars universe in his own way. 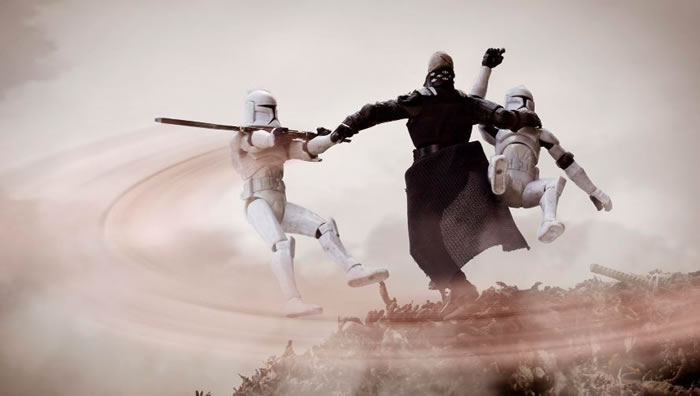 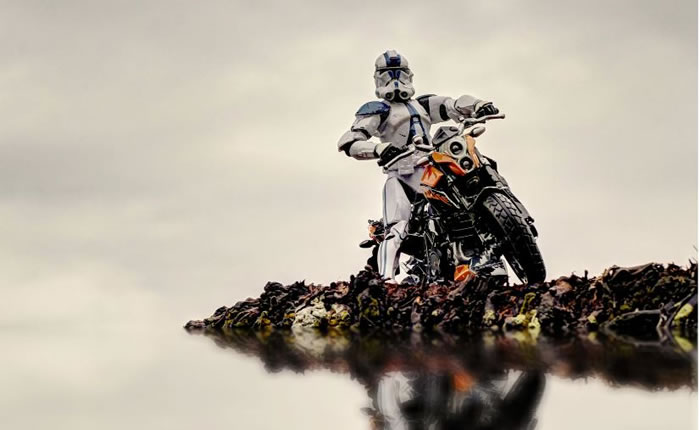 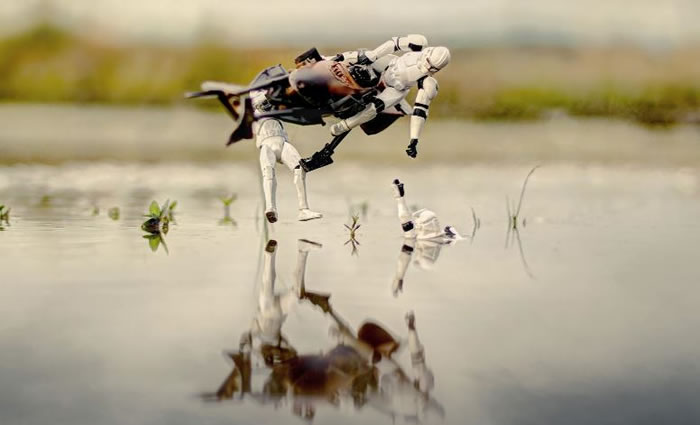 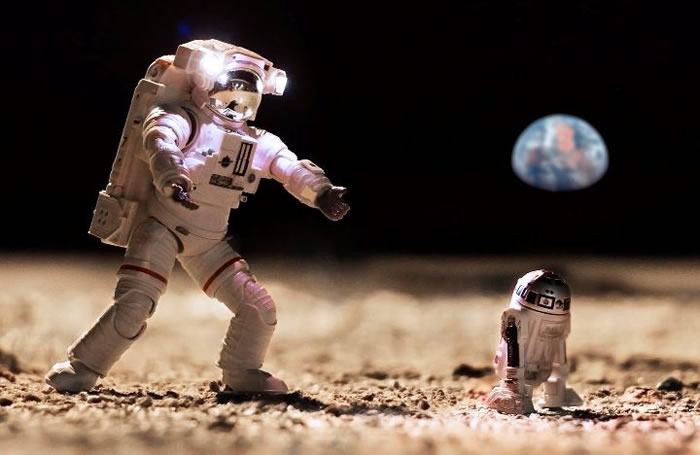 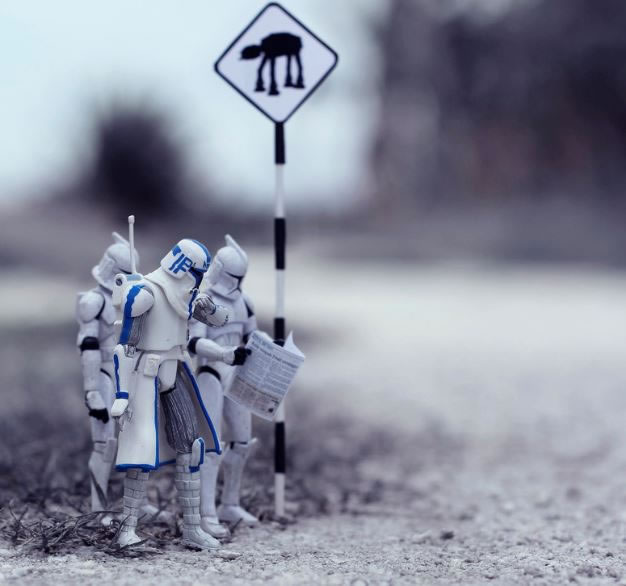 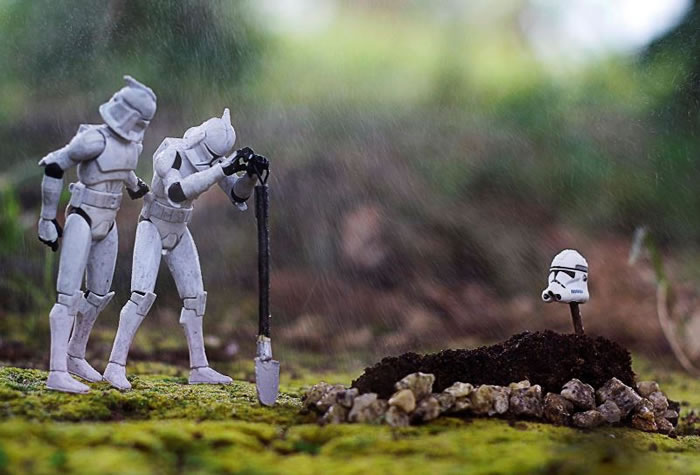 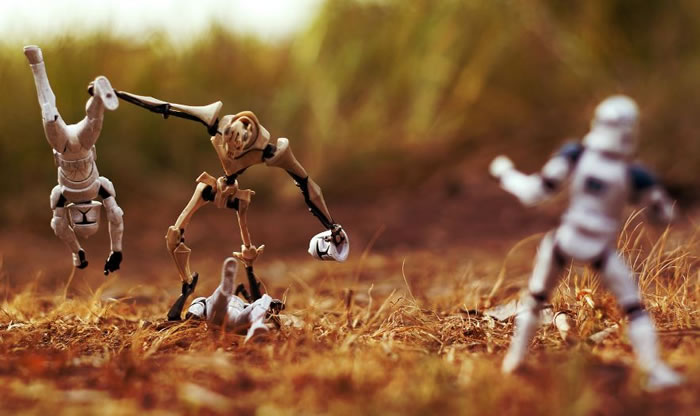 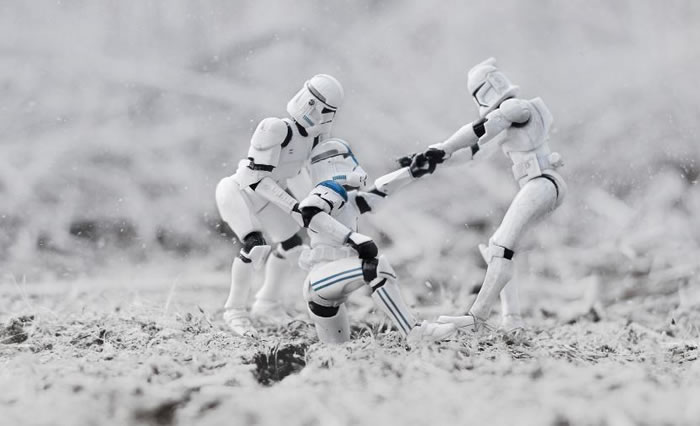 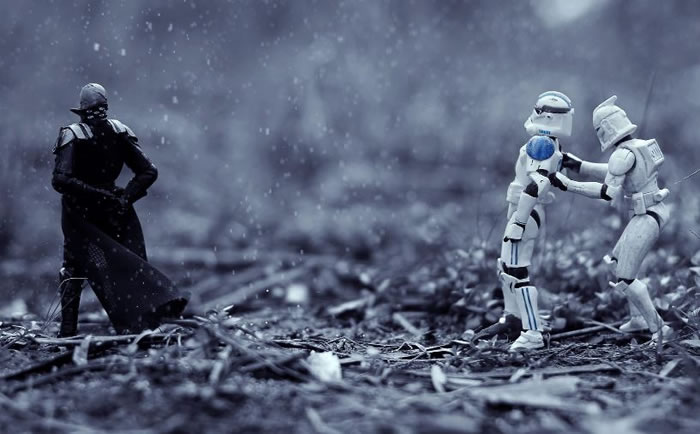 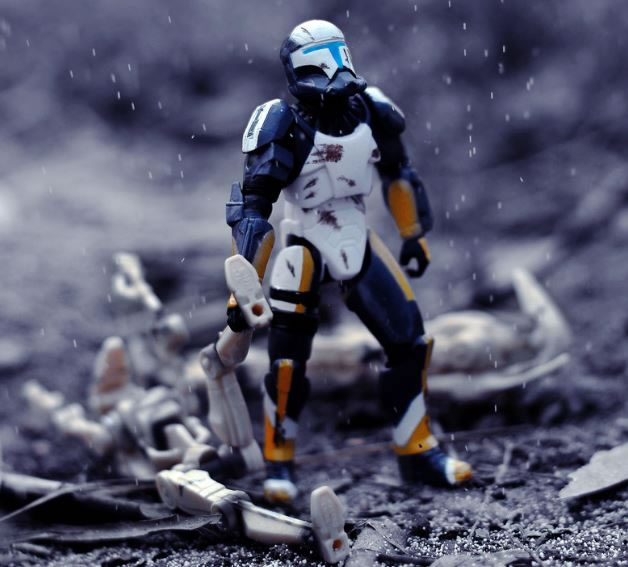 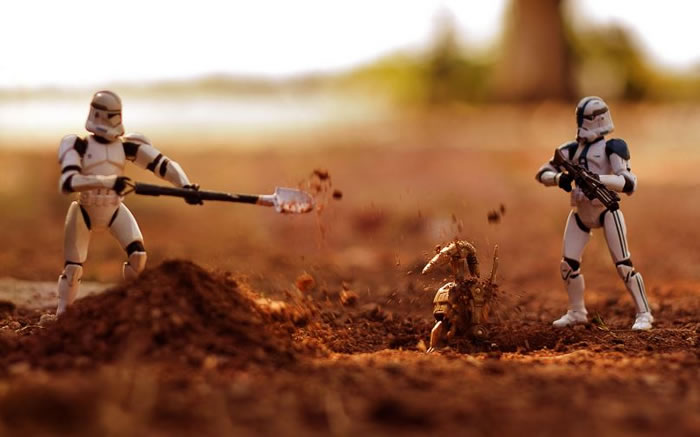 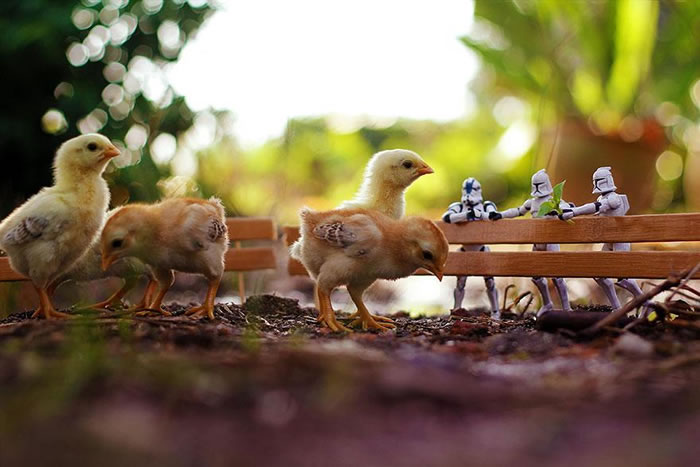 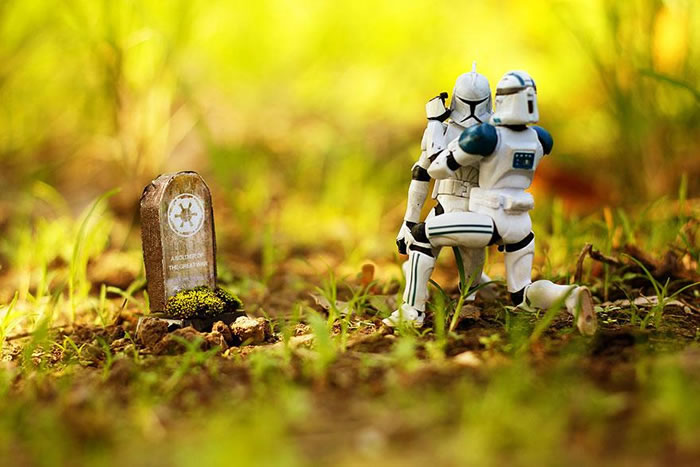 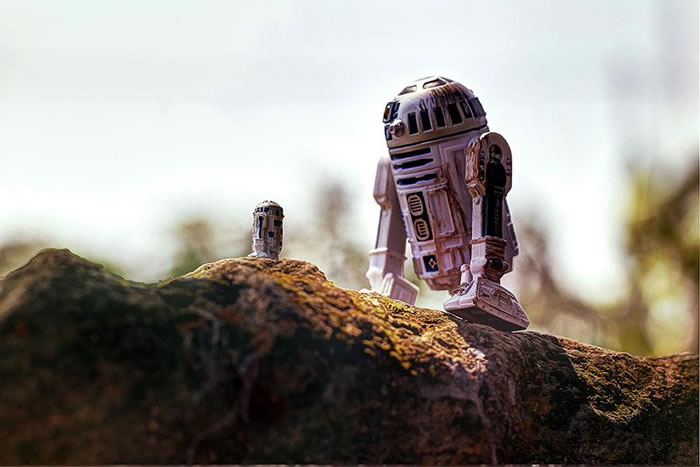 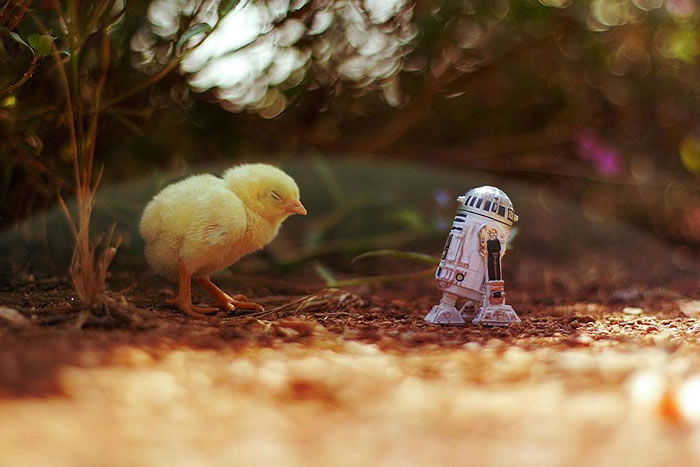 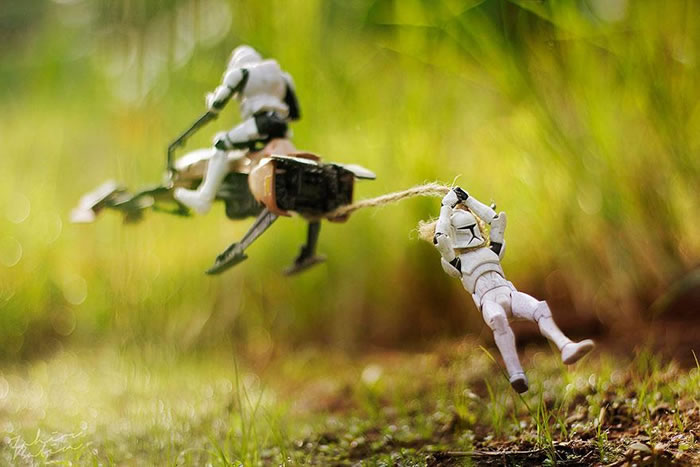 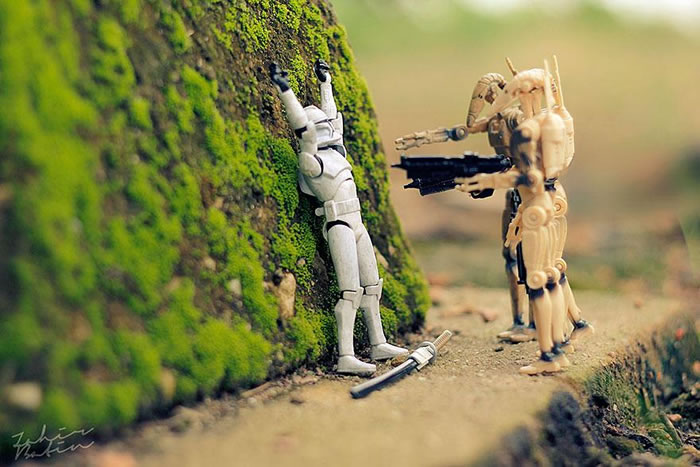 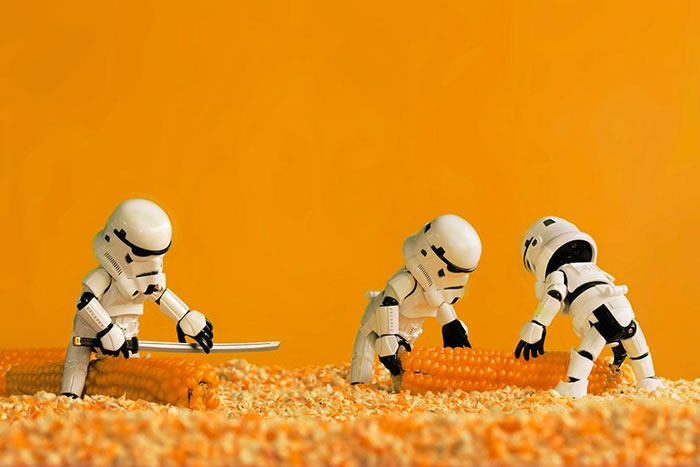 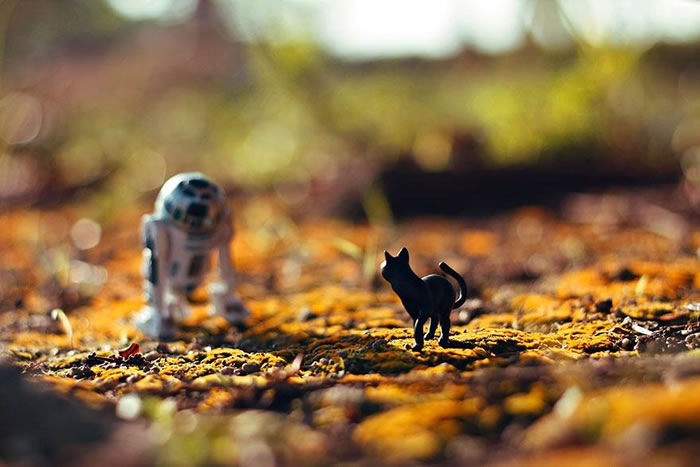 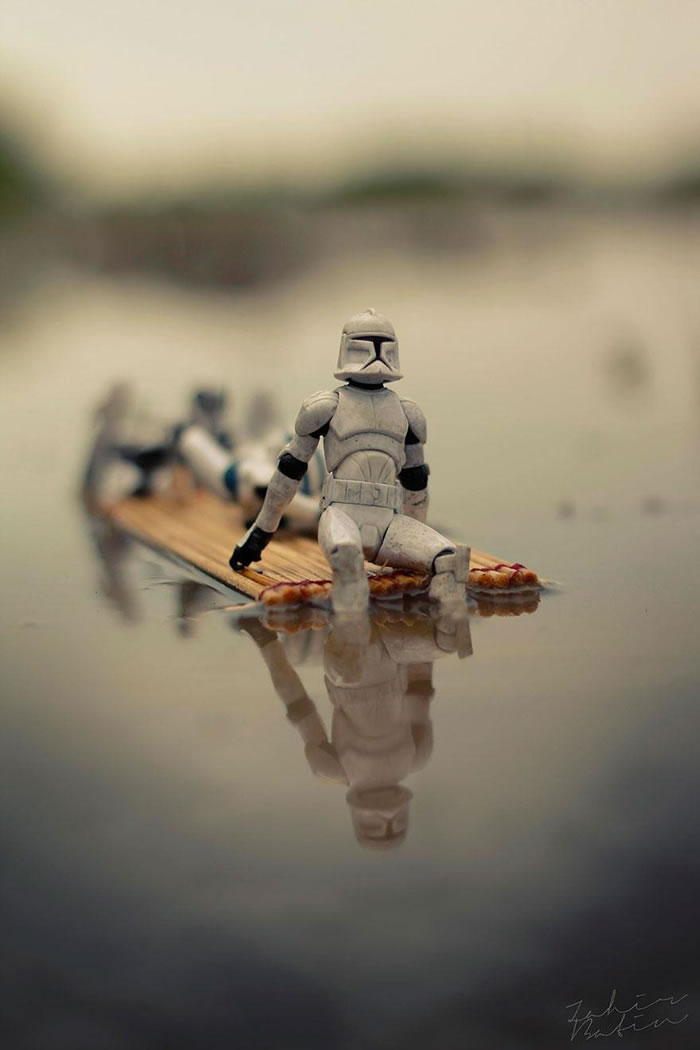 Zahir arranges various miniature toys and figures into creative scenes and shoots them from close-up to make them seem like actors in his own personal Star Wars-themed adventure. Some of them are humorous (especially the ones with anatomically incorrect figurines), but many do a good job of creating drama, suspense and emotion.

What’s also great is that Zahir shares the behind-the-scenes work that goes into his photos on Facebook. Because he shares his techniques with us, anyone with a bit of photography and Photoshop experience and some time can borrow from his techniques to create their very own dramatic scenes. He uses strings, wires and twigs to position his characters, using Photoshop to remove these aids from his final product.

See his portfolio at: 500px

Star Wars is anepic space opera franchise centered on a film series created by George Lucas. The film series, consisting of two trilogies, has spawned an extensive media franchise called the Expanded Universe including books, television series, computer and video games, and comic books. These supplements to the franchise resulted in significant development of the series’ fictional universe, keeping the franchise active in the 16-year interim between the two film trilogies. The franchise depicts a galaxy described as far, far away in the distant past, and it commonly portrays Jedi as a representation of good, in conflict with the Sith, their evil counterpart. Their weapon of choice, the lightsaber, is commonly recognized in popular culture. The franchise’s storylines contain many themes, with strong influences from philosophy and religion.