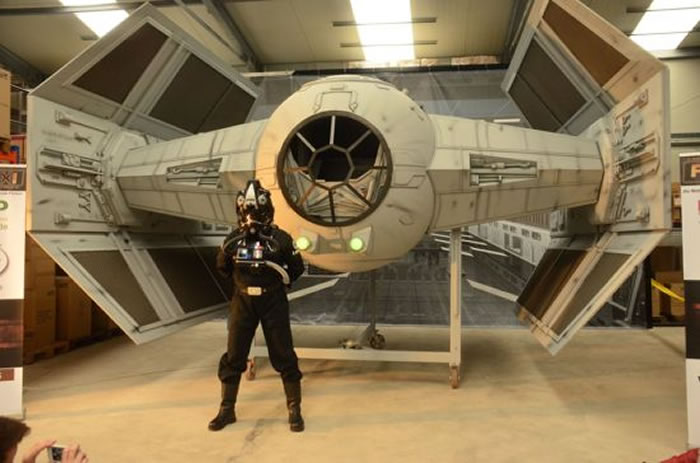 A group of Star Wars fans in Germany have built themselves an almost full size Imperial Tie Fighter that was flown by Darth Vader.

The Star Wars universe has millions of fans throughout the world, and some of them really invest a lot of time and money into their passion for the franchise. Case in point, a group of German Star Wars enthusiasts who created an almost life-size model of the iconic Tie Fighter spacecraft out of wood, steel and plastic. 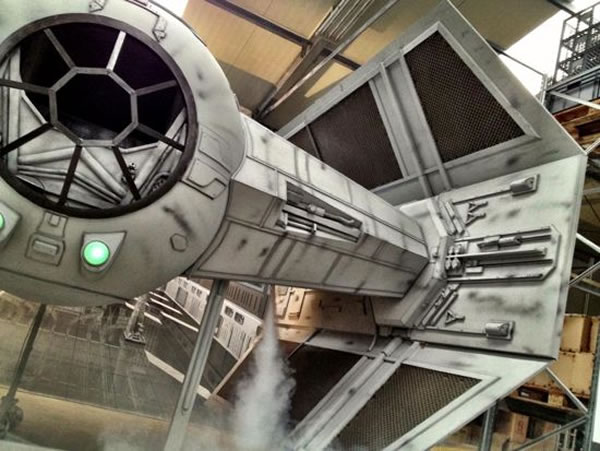 It took an army of hobbyists two years to complete, but the 1:2 scale Tie Fighter recently unveiled in Eichenzell, Germany, is a true DIY masterpiece. 20 Star Wars fans of different professions, from financial brokers to policemen and architects, put their blood and tears into this 5.30 m wide, 4.80 m long, 4.30 m high and 1.4 tons heavy model of the Galactic Empire’s starfighter. 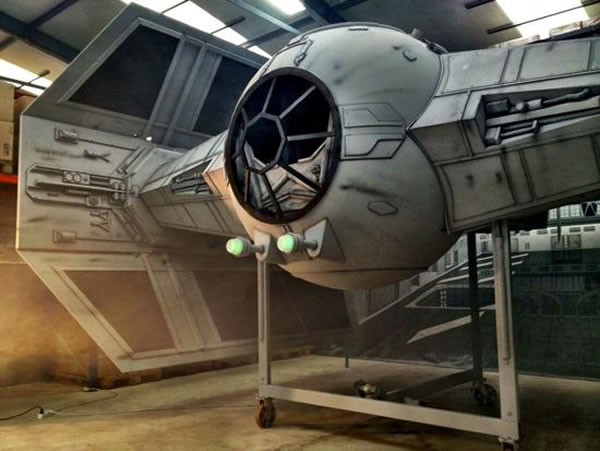 Asked about what motivated him and his friends to put in over 1,000 man-hours into the 1:2 scale Tie Fighter, 45-year-old Michael Schramm told Bild: ”The reason is my love for Star Wars. And those “crazies’, with whom I share this passion. We live out our dreams and have fun doing it.”

He added that their detailed starfighter is dedicated to Star Wars creator, George Lucas. The team plan to show off their stunning Tie Fighter at the ”STAR WARS – Celebration Europe” event, on July 26, in Messe Essen, Germany. 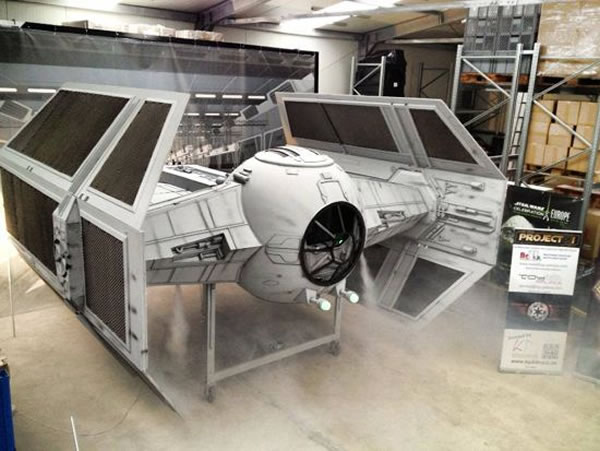