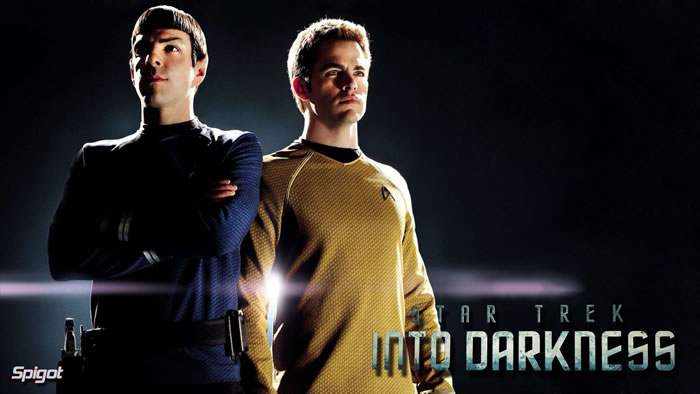 The Star Trek Into Darkness movie by JJ Abrams was recently voted as the worst Star trek film of all time by fans at the 2013 Star Trek Convention in Las vegas. Even just the mention of the film produced boos from the crowd.

Of all the groups of sci-fi fans, you don’t mess with the Trekkies…

So JJ Abrams had better watch his step, as fans have branded his latest voyage into the stars as the worst ‘Star Trek’ movie ever made. Doesn’t bode well for Star Wars, does it?

Though it was roundly enjoyed by the general public – it’s made over $450 million (£291 million) around the world – the hardcore fans took issue with the movie.

Devin Faraci from the Badass Digest website was witness to the low placing of ‘Into Darkness’, and said: “’Star Trek Into Darkness’ was met with boos when it was mentioned, and one guy took the mic to say these reboots shouldn’t even be considered for a list of ‘Star Trek’ movies.”

The best film in the series was named as ‘Star Trek II: The Wrath of Khan’, followed by the ‘Next Generation’ movie ‘Star Trek: First Contact’.

Elsewhere, the roundly fan-hated ‘Star Trek V: The Final Frontier’ was ranked one up from ‘Into Darkness’ as the 12th worst.

But JJ Abrams may take some solace from the fact that his 2009 reboot ‘Star Trek’ was given a more respectable sixth place.

Here’s the rankings in full: