Discover some of the most scariest sea life creatures that live within our planet’s oceans. But be warned, after reading this you may never want to take a swim in the sea ever again. 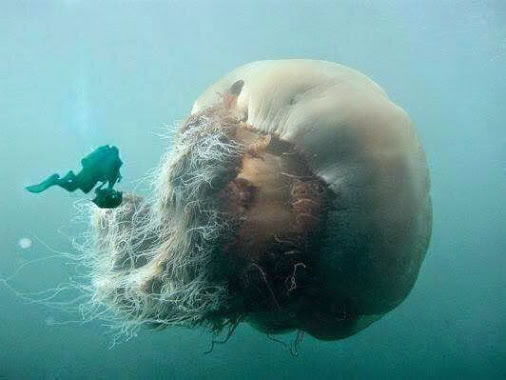 The largest Jellyfish in the world is the Lion’s Mane which can grow to around 2.3 meters (7 ft 6 in) and has tentacles that stretch 37 meters.

[SEE ALSO – 10 Of The Most Dangerous Beaches In The World] 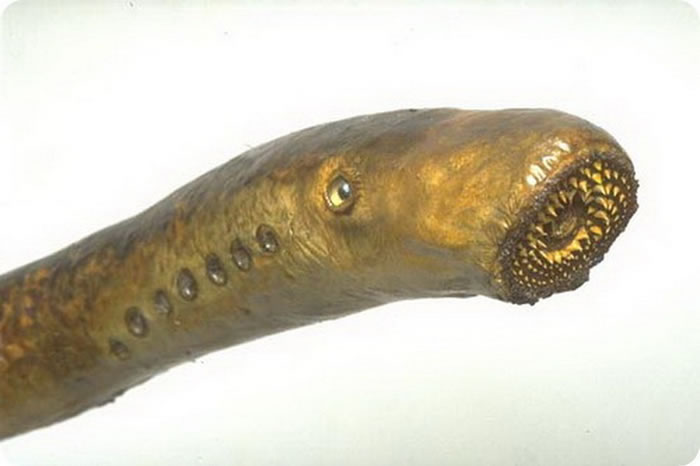 The Sea Lamprey is a monster creature, it’s mouth acts as a sucker attaching itself to it’s prey. It’s many teeth then start to rip away at the flesh as it begins to eat it’s victim alive. To make things even worse the Lamprey releases a saliva which prevents the victims blood from clotting leaving them to die from excessive bleeding. 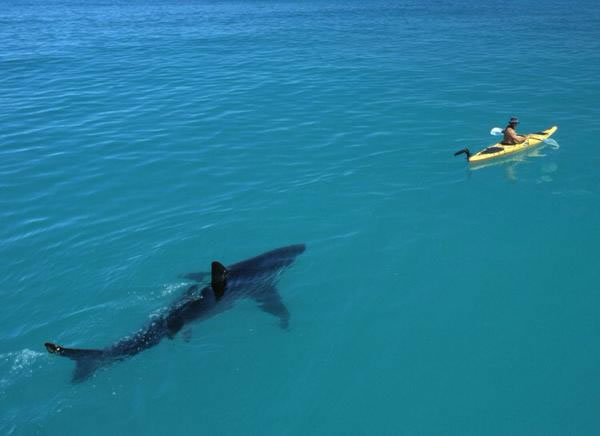 Over the past few years more shark attacks have been reported, especially around the United States. Even though most attacks aren’t fatal many swimmers have received severe bites and even lost limbs. 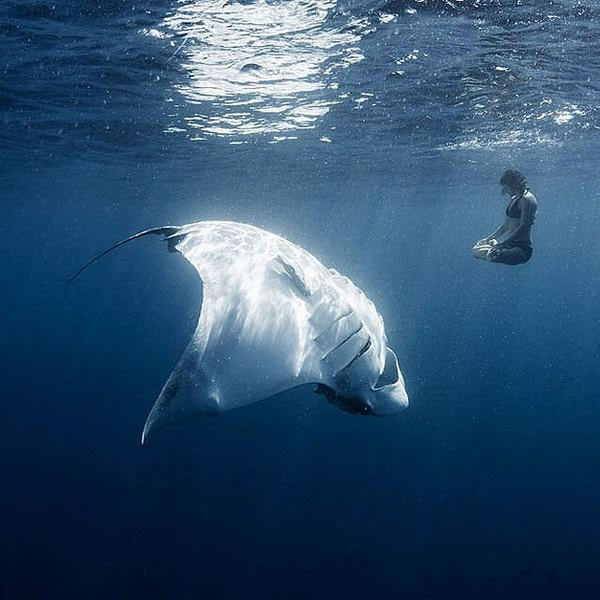 Some Manta Rays have been recorded to grow to a width of seven meters. They are normally placid creatures but on rare occasions have shown aggression to divers. 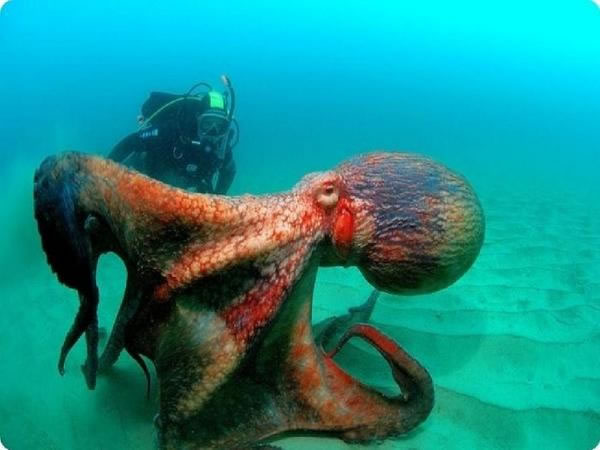 The biggest octopus in the world is called Enteroctopus and it can grow up to 3,3 meters (11 ft). These creatures are very intelligent and don’t attack humans but if they did you wouldn’t stand a chance.

6. Creature From The Depths Of The Ocean 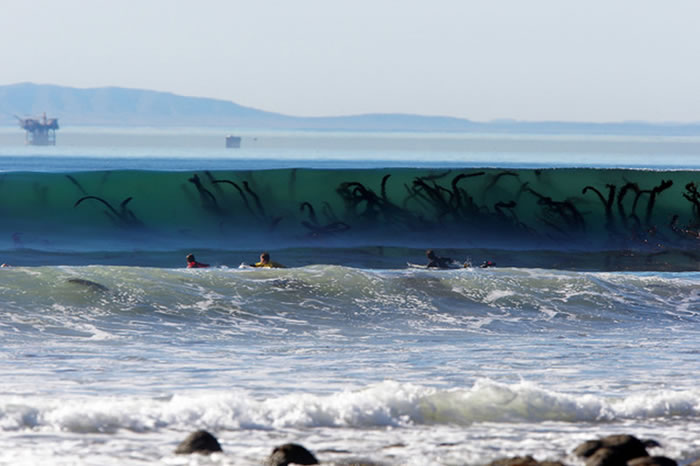 While this may look like an attack from some deep sea monster it is actually large sea grass flapping about in the waves. The 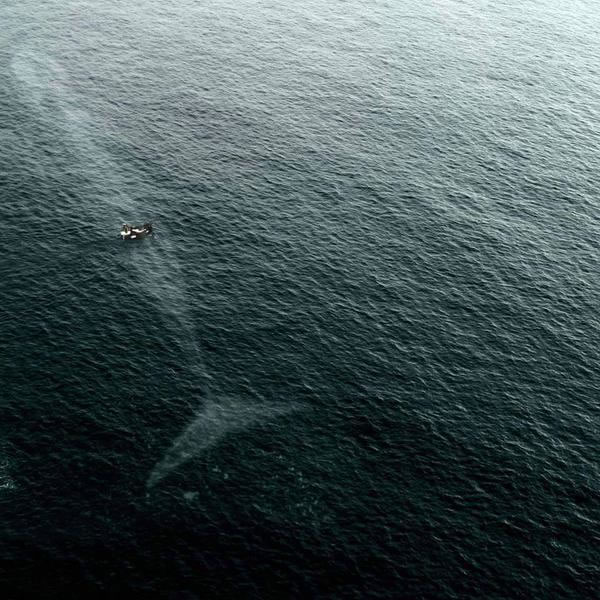 The largest whale is the Blue whale which can grow up to 30 meters in length and weigh more than 180 tonnes. Thankfully they have no teeth and only a small throat so it would be impossible for them to eat a human but there has been numerous reports from sailors of sperm whales swallowing men whole. 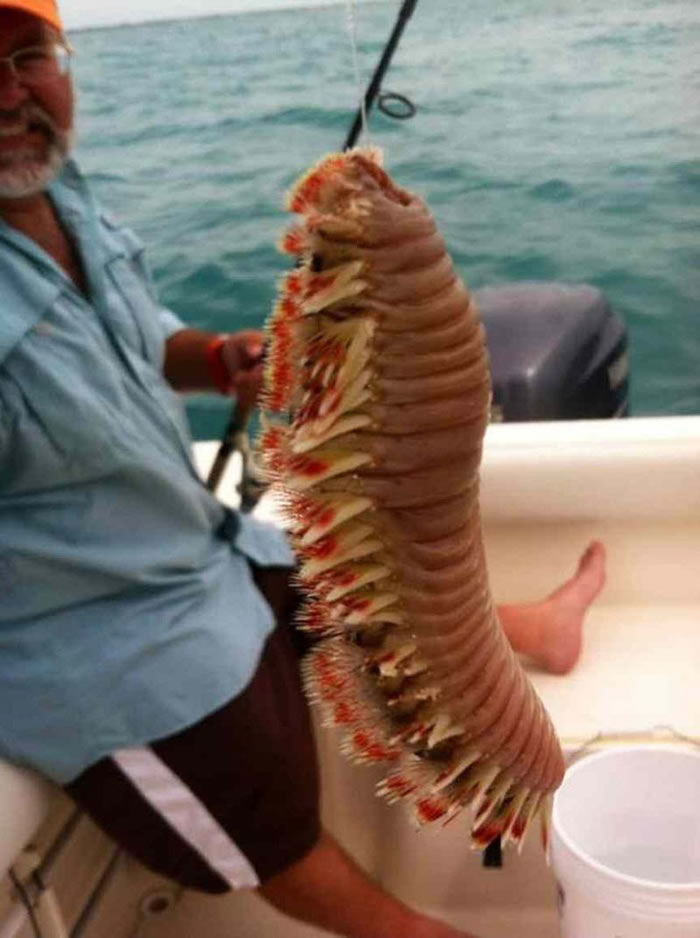 We have know idea what this creature is but there are thousands of them scouring the ocean floor. 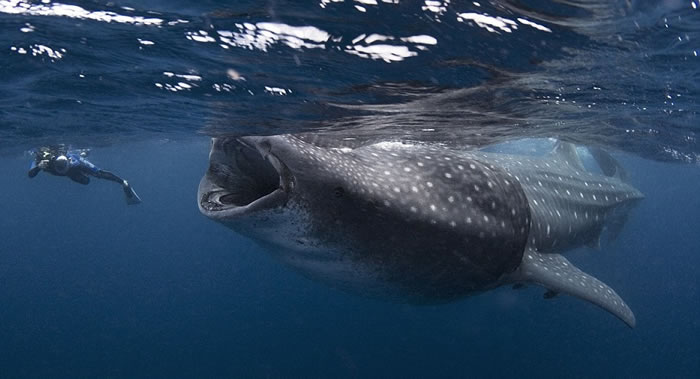 These creatures are the largest living fish on our planet with some being estimated to be 14 meters long (46 ft). they are not aggressive to humans and eat mainly fish but when it’s feeding time you certainly don’t want to be in the path of one of these giant sea creatures. 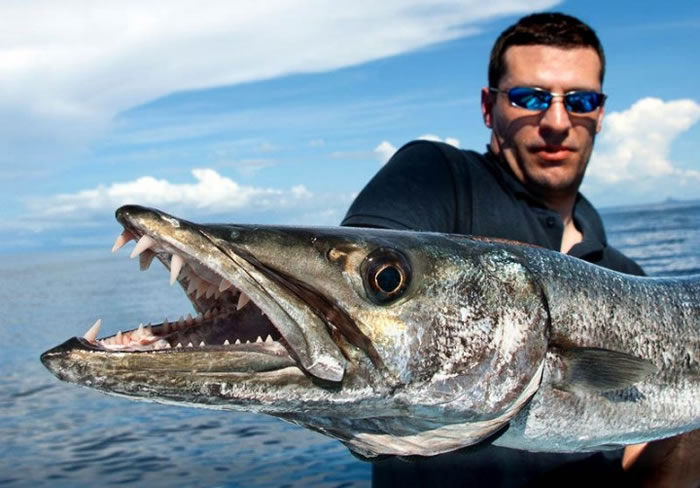 The barracuda is a fearsome looking fish, it can grow up to 2.1 meters (6.9 ft) and has teeth big enough to easily rip chunks of flesh of your body. While attacks on humans are rare they do happen.

So who wants to go for a swim in the sea now?