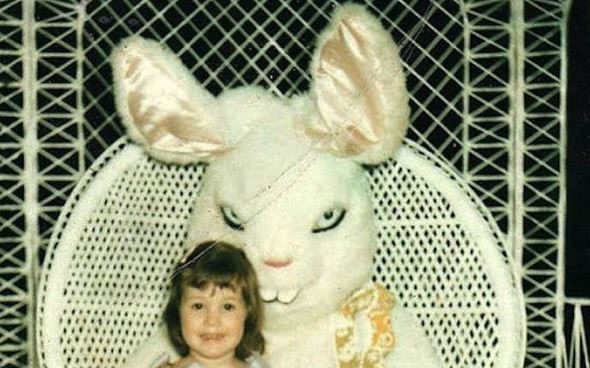 Would you let your kids sit on the laps of these scary Easter bunnies? They look more likely to make your kids cry!

1. By the look on his face, this bunny is ready to eat this little boy. 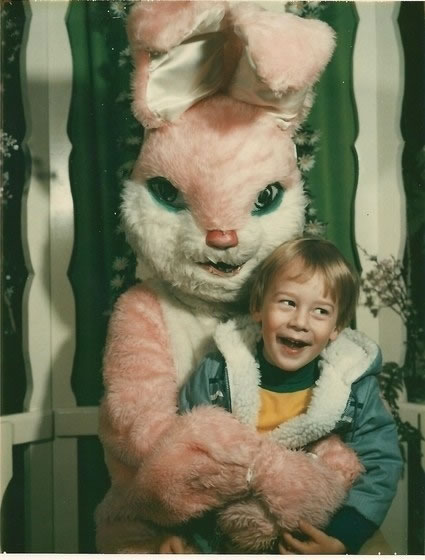 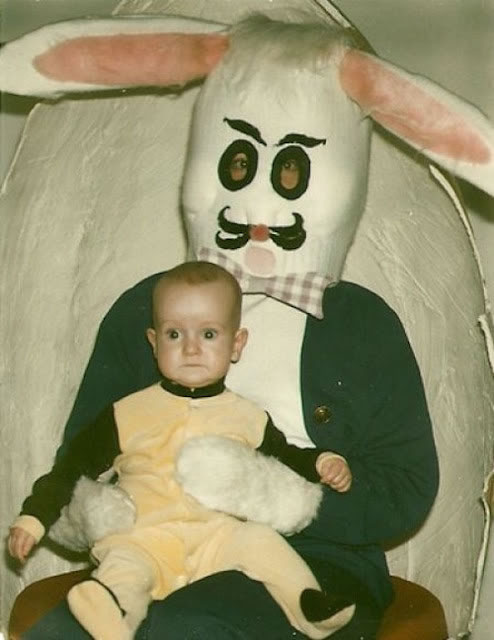 3. And this little girl’s body language says it all. 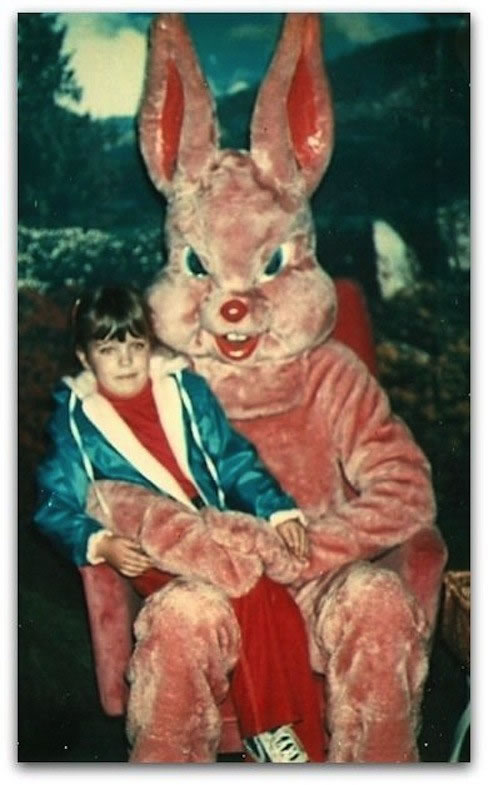 Via imgur.com
Also, who the hell designed that bunny’s sinister face?!

4. This photo was taken moments before that kid became that bunny’s lunch. 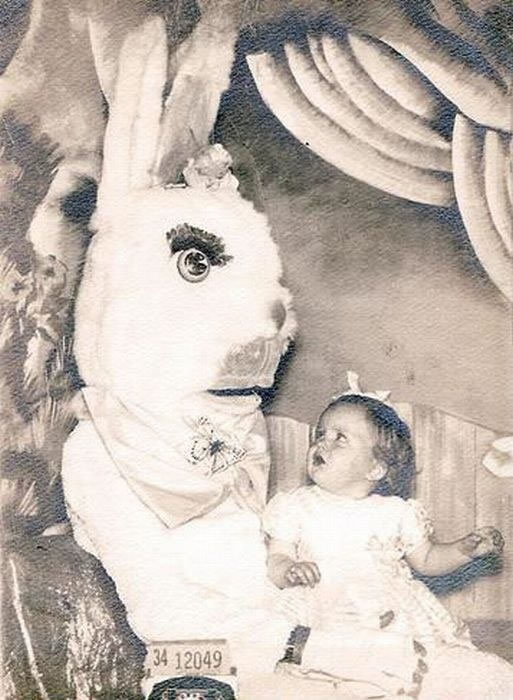 5. Um, excuse me, Mr. Bunny, but everything you’re doing is wildly inappropriate. 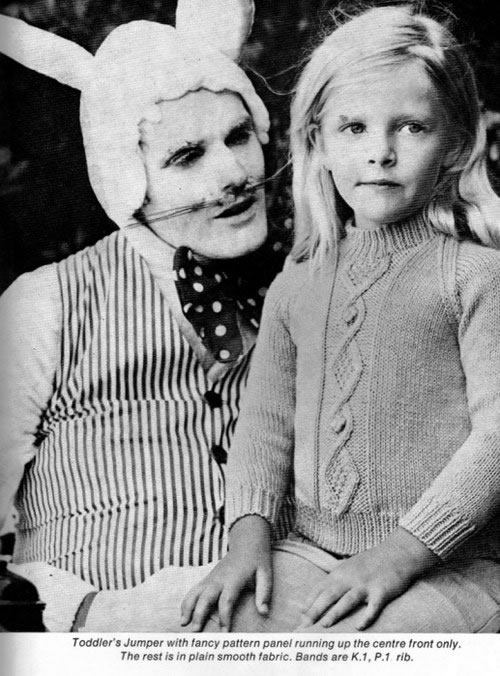 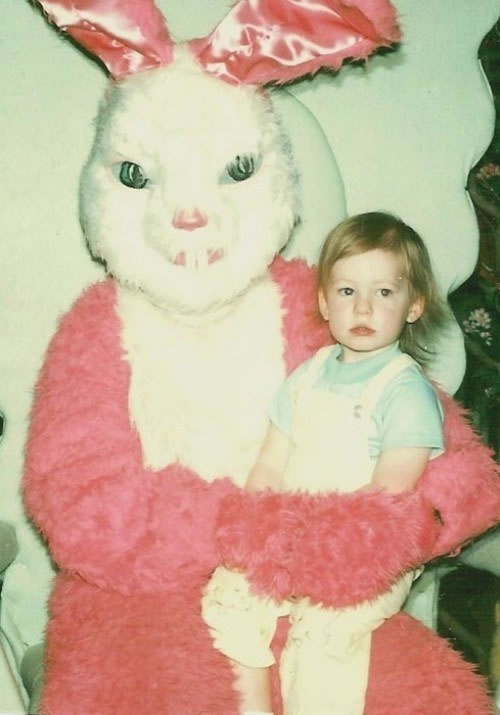 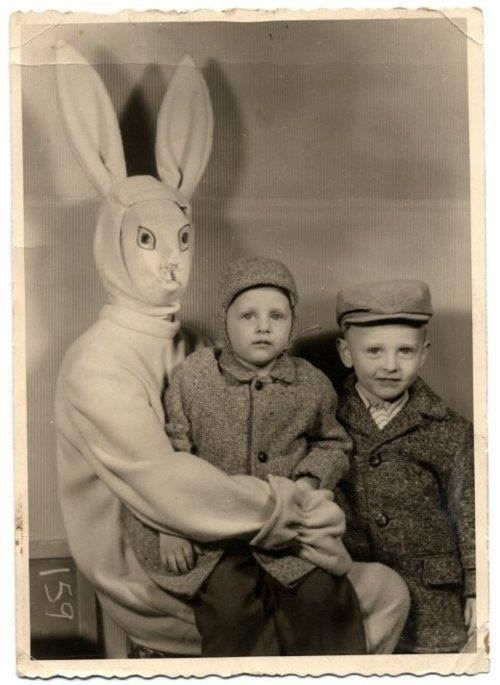 8. OK, this is just a reused Wolfman costume. 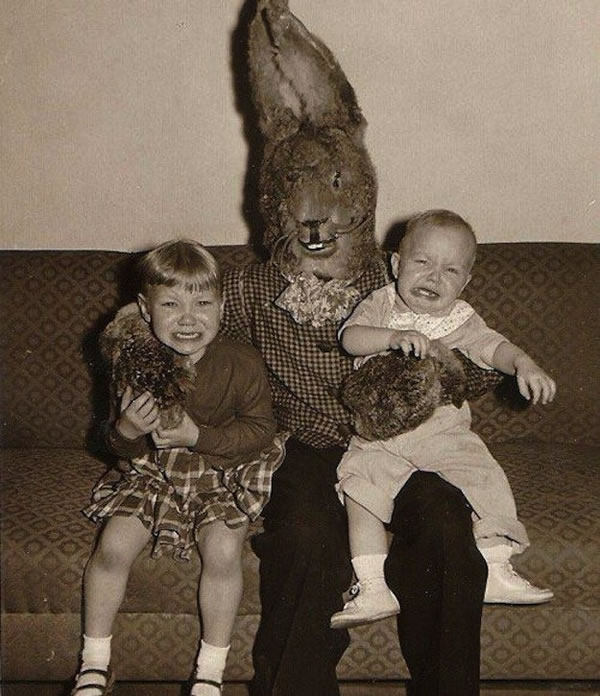 9. By the look of his eyes, this rabbit definitely has a nose candy problem. 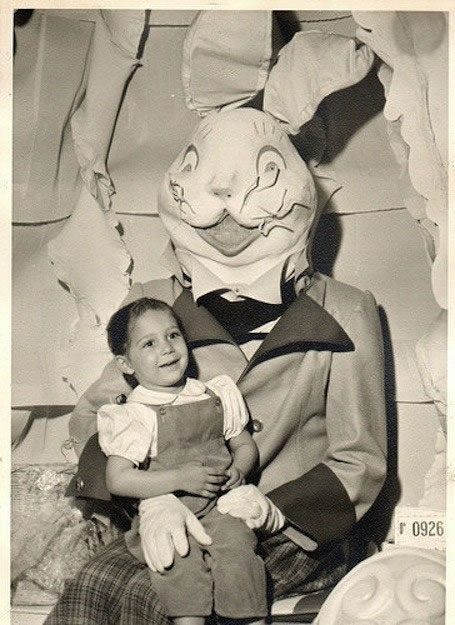 10. And by the look on this bunny’s face, he definitely has a drinking problem. 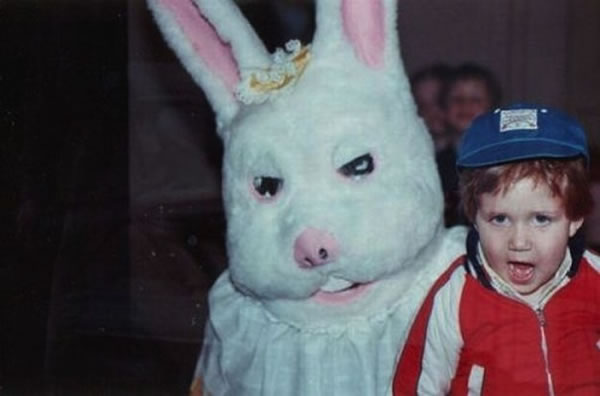 11. Wait, WTF, are those snake tongues coming out of his mouth?! 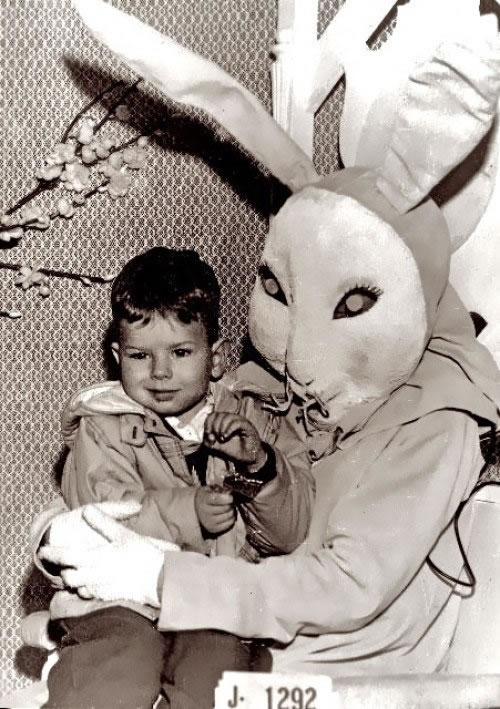 12. This has to be an old-timey villain dressed up as a bunny, right? 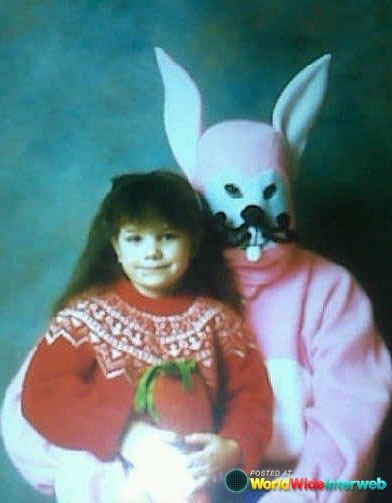 13. Is this the unholy offspring of the Easter bunny and an Ewok?! 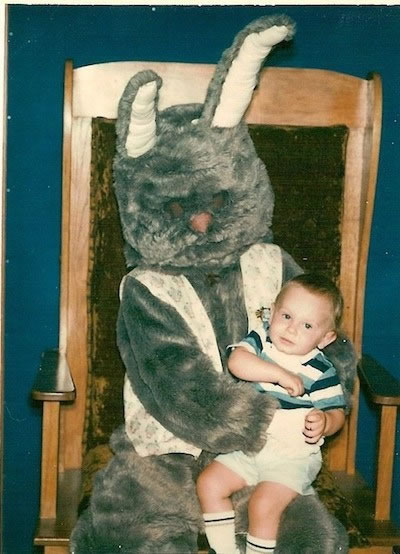 14. That bunny has one shady smile on his face. 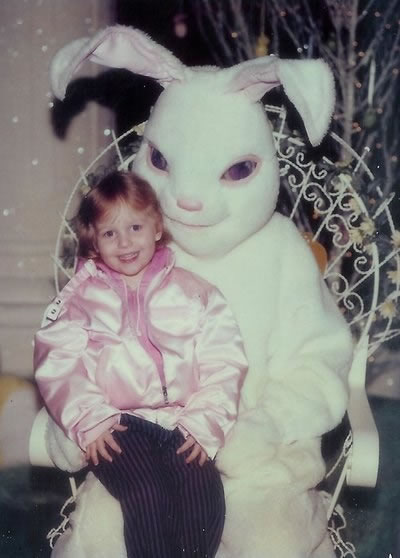 15. If you ever wondered what the Trix bunny would look like if he was part of The Walking Dead: 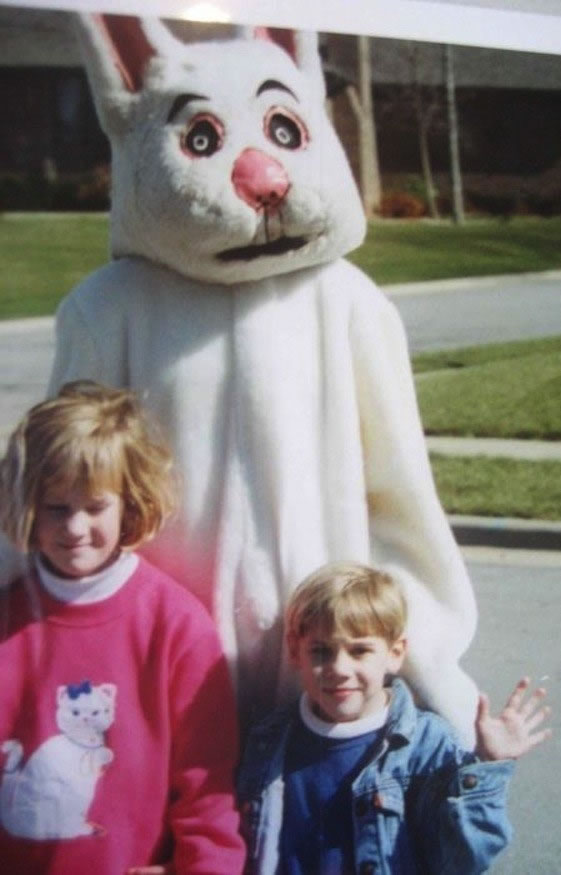 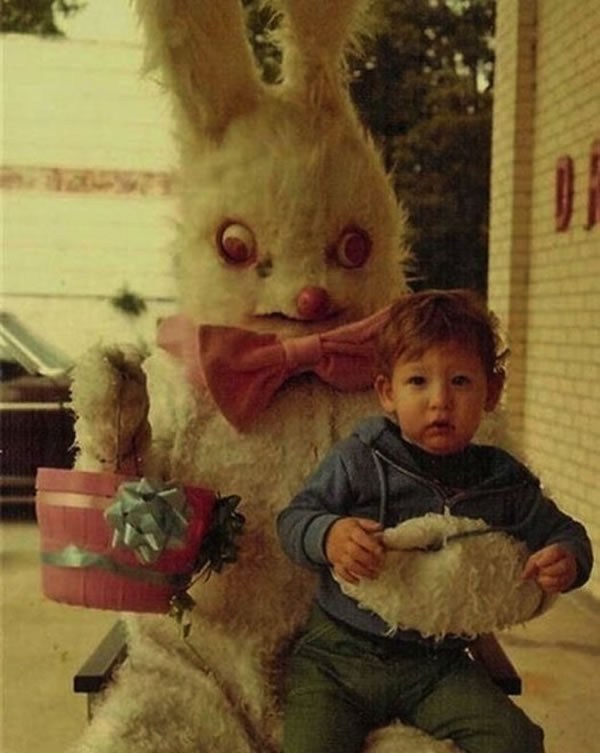 17. Look at this bunny; you know he is plotting to kill Superman. 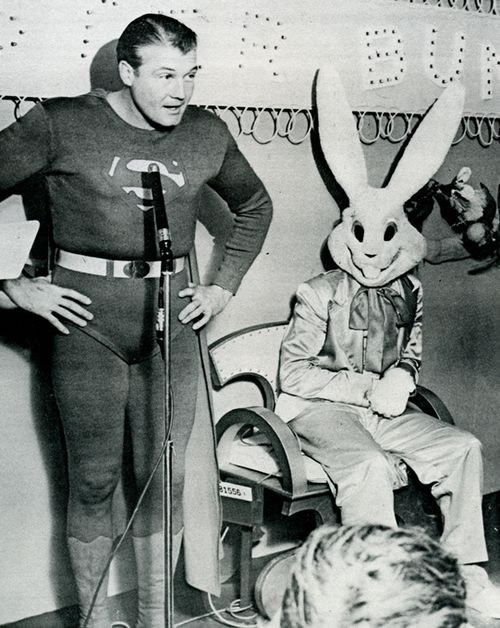 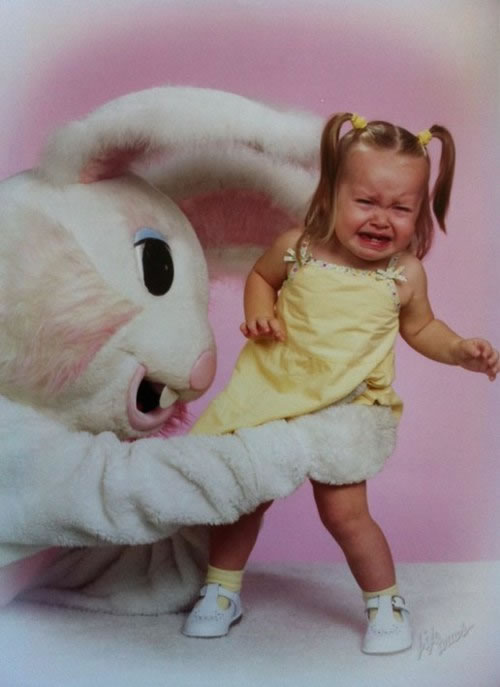 19. This bunny will haunt your dreams forever! 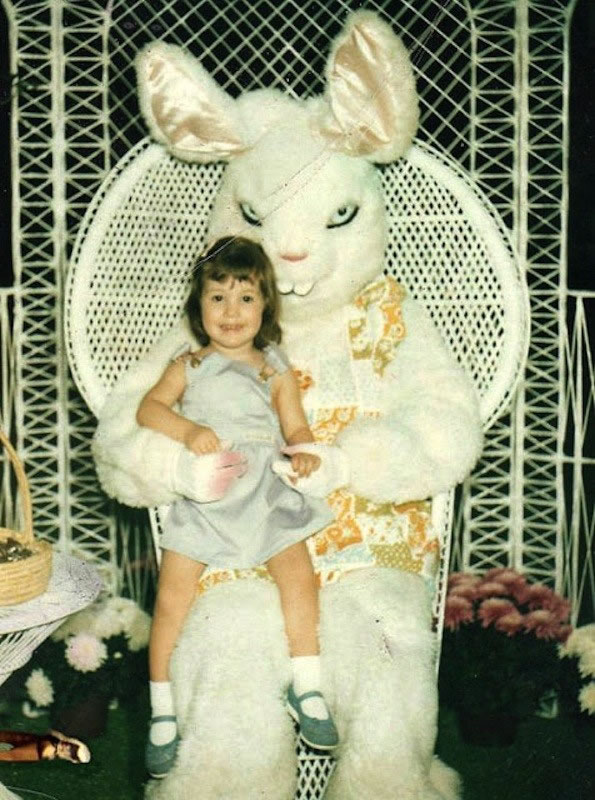