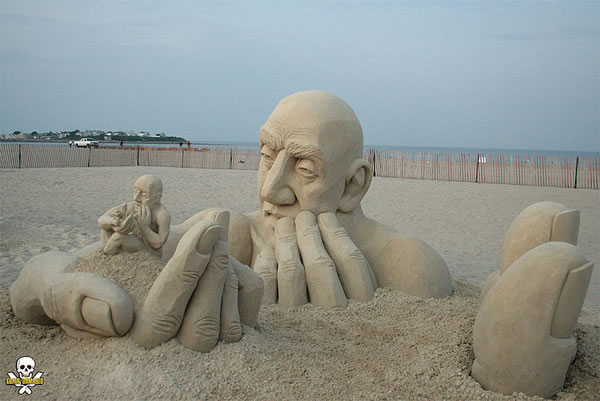 Check out these amazing sand art sculptures by award winning sand sculptor Carl Jara. he is also known as Grain Damaged and is an award-winning, professional sand sculptor from Cleveland, Ohio.

Jara says he has known since high-school that he wanted to be an artist. After studying Illustration and Graphic Design at the Myers School of Art, Jara realized he did not want to become an illustrator or graphic designer and that his true passion was sculpting.

Over nine world championships later and it’s clear Jara was right to pursue his desire to sculpt. In addition, Carl is also an Exhibits Artisan/Technician at the Cleveland Museum of Natural History where he helped install Sue, the largest T-Rex ever found. 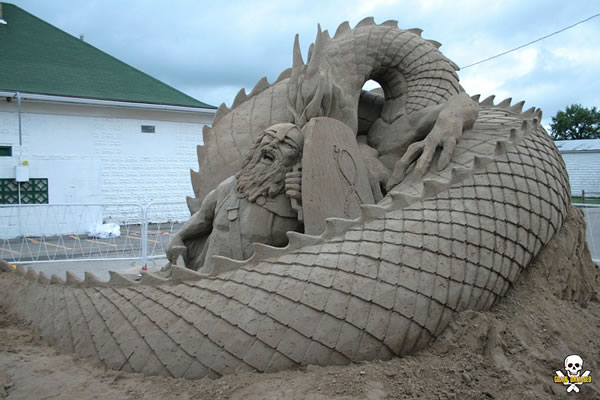 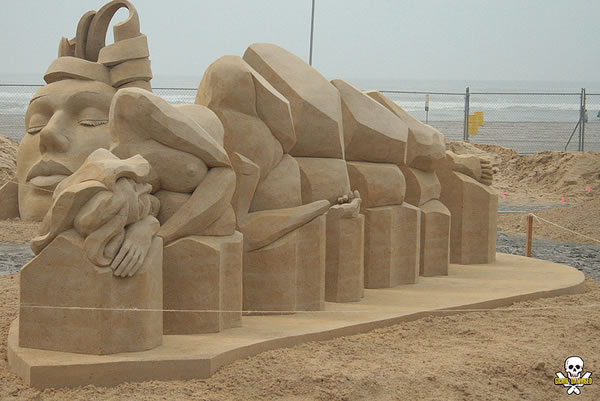 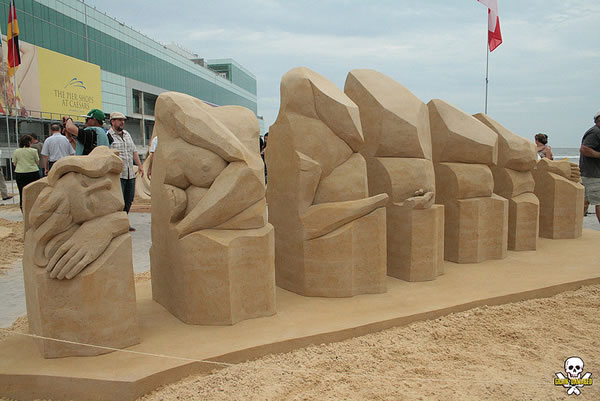 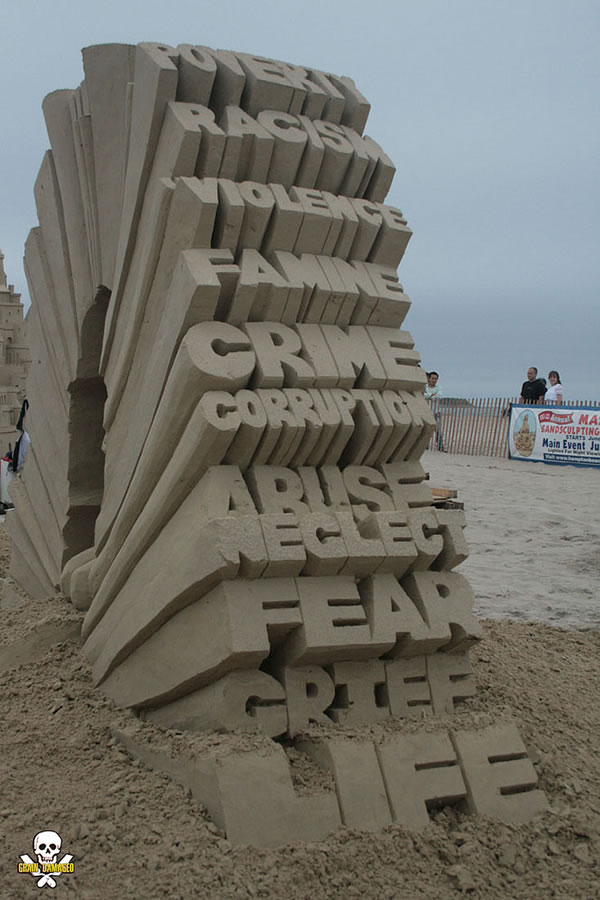 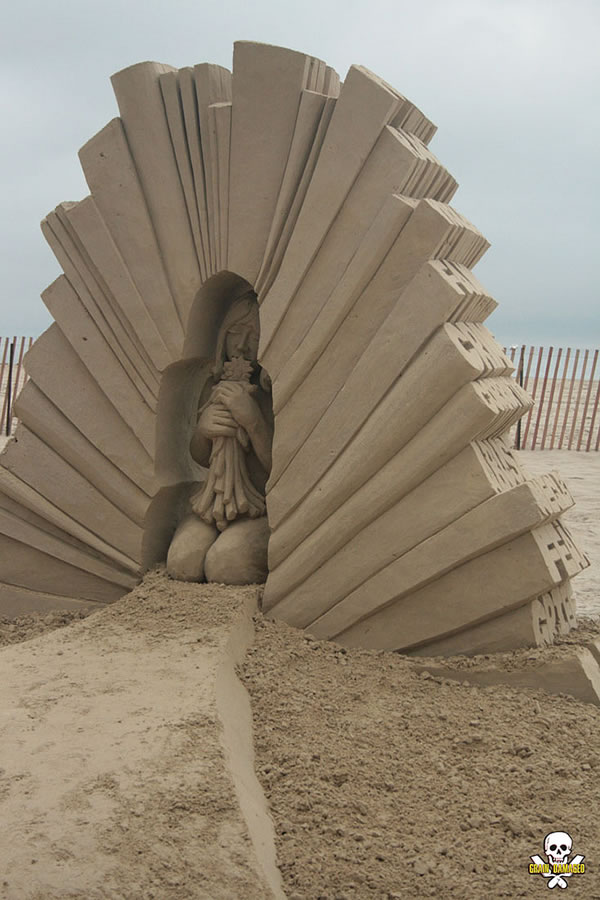 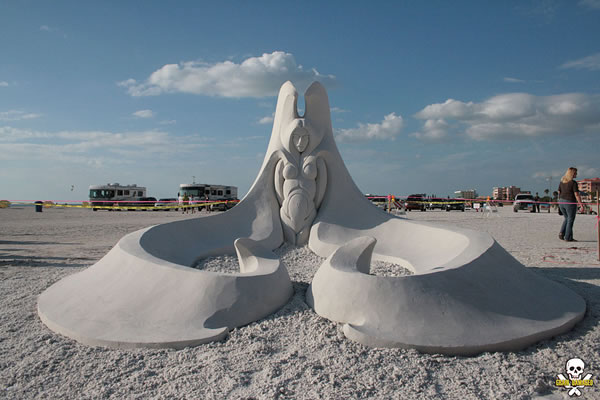 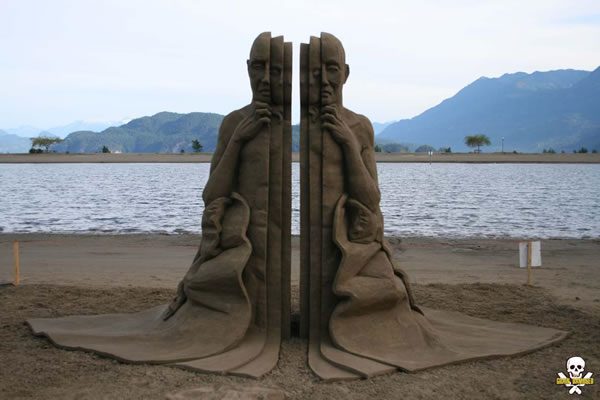 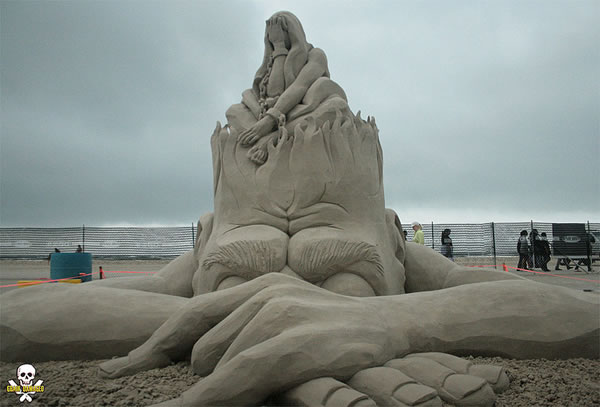 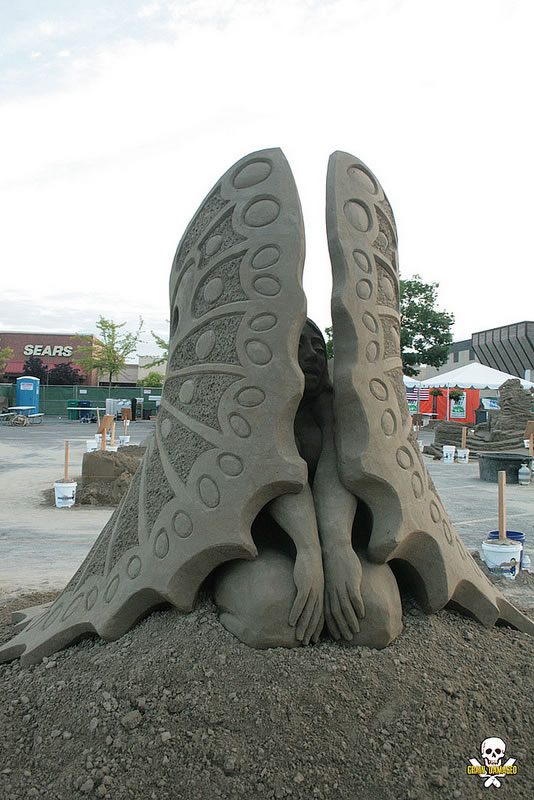 To see more of Carl’s incredible sand sculptures, be sure to check out his Flickr page as he documents not only his own award-winning work, but also the other amazing entries at the world-class competitions he attends every year.

Sand art is the practice of modelling sand into an artistic form, such as a sand brushing, sand sculpture, sandpainting, or sand bottles. A sand castle is a type of sand sculpture resembling a miniature building, often a castle.

The two basic building ingredients, sand and water, are available in abundance on a sandy beach, so most sand play takes place there, or in a sandpit. Tidal beaches generally have sand that limits height and structure because of the shape of the sand grains. Good sculpture sand is somewhat dirty, having silt and clay that helps lock the irregular-shaped sand grains together.

Sand castles are typically made by children, simply for the fun of it, but there are also sand-sculpture contests for adults that involve large, complex constructions. The largest sand castle made in a contest was 18 feet tall; the owner, Ronald Malcnujio, a five-foot-high man, had to use several ladders, each the height of the sand castle. His sculpture consisted of one ton of sand and 10 litres of water to sculpt.

OTHER RELATED ARTICLES YOU MAY LIKE:
– Daily Cuteness – What Is A Sand Dune Cat